Cadbury’s New Ice Cream Is So Good, You Already Know You’re Going to Love It 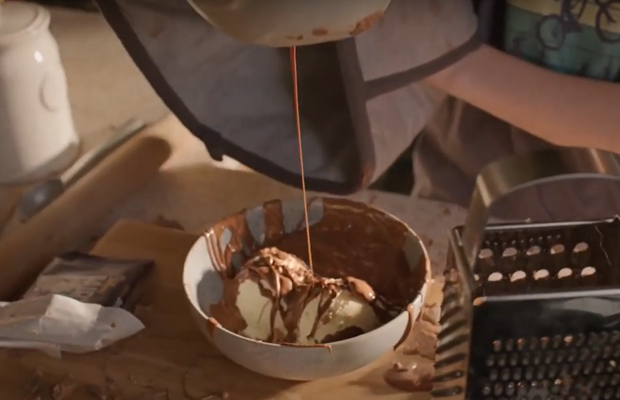 Today ice cream brand Froneri launches a new integrated campaign which showcases the fabric of the UK brand, Cadbury Dairy Milk, in ice-cream form. Created by VCCP London, the campaign will launch across the UK, The Republic of Ireland and Australia, and at its core will let people know that if they love Cadbury chocolate, they will already love Cadbury ice cream.

In a category which often fixates on individual indulgence and fantastical messaging and a ‘more is more’ mindset, the campaign focuses on its biggest strength, people’s love and familiarity with the main ingredient: Cadbury chocolate.

The four-month-long campaign will launch with a hero 30-second film, created by VCCP London, which follows the story of ‘Jake’, a twelve year old boy attempting to create his own Cadbury Dairy Milk ice cream. The opening scene captures Jake, surrounded by an army of messy kitchen utensils, attempting to combine Cadbury Dairy Milk chocolate with vanilla ice cream, to no avail. In the background we see Jake’s dad occasionally casting his eye over Jake’s ice cream antics. We see his passion for his Cadbury ice cream creation intensify with a range of techniques from grating, melting, to smashing the chocolate with a rolling pin. We see Jake’s dad walk into the kitchen, scanning over the mess and figuring out what Jake is attempting to do. He offers a solution in the form of a box of Cadbury Dairy Milk ice creams from the freezer.

The OOH, social and digital executions were created by VCCP CX and showcase a range of brand new simple yet bold visuals, positioning the Cadbury Dairy Milk chocolate that people know and love in ice cream contexts. Reminding people that they are bound to love Cadbury ice cream just as much as they love Cadbury chocolate. 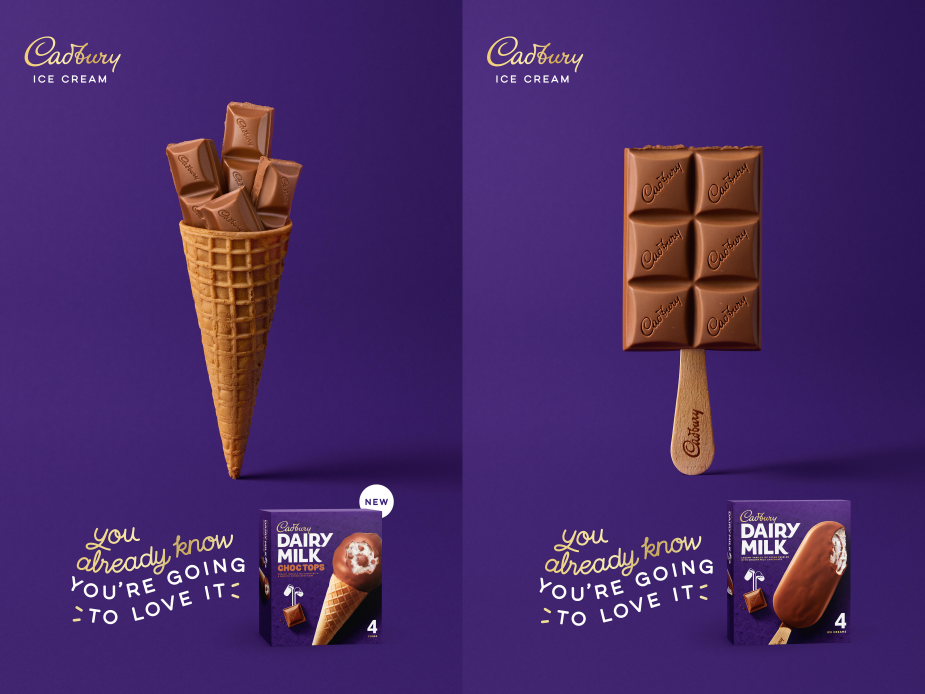 Charlotte Hambling, global marketing manager at Froneri UK said: “We are very excited about this new TV spot for Cadbury ice cream and believe it will really connect consumers' love of Cadbury with that of ice cream. There is no need to go to the lengths that Jake did in this spot as the Cadbury ice cream range is the perfect family treat already combining these delicious tastes of Cadbury chocolate and ice cream! Playing on the emotional connection we all have with Cadbury, Froneri is certain that if you love Cadbury chocolate you already know you are going to love it.”

Chris Birch, executive creative director at VCCP added: “What could be better? The chocolate you love, now doing ice cream. And you don’t have to smash, melt, grate and graft for it like the lovely lad in the film. What a summer we’re about to embark on! We hope.”

Launching today the summer campaign will run for 16 weeks until 5th September on TV with a 10-second cut down on VOD, social and online. It will be supported by OOH and DOOH executions. Media planning and execution was managed by 7Stars.

CAMPAIGN TITLE: YOU ALREADY KNOW YOU’RE GOING TO LOVE IT