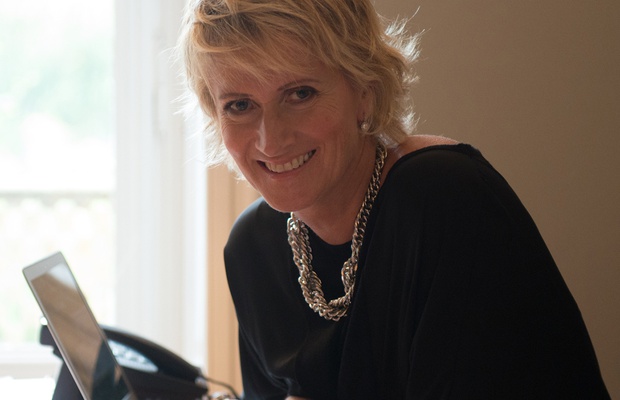 The purple of Fiorentina. The pink of Palermo. The black and red of Milan to the black and blue of arch-rivals Inter. There’s the black and white of Juventus, too, and the utterly majestic red and yellow of Roma. To be honest, even the national team, the Azzurri, are decked out in a striking azure blue number.
There can surely be no football league in Europe, or even the world, that has as many iconic - and stylish - kits as Italy’s Serie A.
From a country that is home to an abundance of the world’s finest labels – too many to even begin to attempt listing here – and with its intrinsic links to fashion, it’s no surprise that its football teams are kitted out in some of the most sumptuous kits ever seen.
It got me wondering: if Italy has the most stylish football league in the world, would it be fair to assume that Italian adland is the most stylish?
Well, there’s no better person to pose that question to than Jane Reeve. Currently the Regional Director for J Walter Thompson Europe, Jane was the first CEO of the Camera Nazionale della Moda Italiana – Italy’s equivalent to the British Fashion Council.
Founded in 1958, the council is an association composed of all of Italy’s globally renowned fashion brands. A non-profit organisation, it represents the highest cultural values of Italian fashion and is a point of reference, as well as the preferential mouthpiece, for all national and international initiatives aimed at promoting Italian style. The brands it represents require no introduction – and neither do the egos that run them.
“The job involved coordinating, disciplining and promoting the overall industry as well as strengthening its image both in Italy and abroad,” explains Jane. “Straightforward? Yes – if you don’t have strong personalities, highly successful entrepreneurs and breakneck turnarounds to deal with!
The role came from a call out of the blue and, following a series of high powered interviews, an offer for one of the most desirable jobs in fashion presented itself. For Jane, taking the role wasn’t a difficult decision, and it allowed her to continue her love affair with the country, which she has, for a long time, called home.
Her journey to Italy stems from a fondness that began at the age of 17. Having learnt Italian as a second language, she visited Florence – and Italy – for the first time. The trip left her head over heels for the country, seeing her return for a gap year. She worked as a nanny, followed by a summer job as a tour guide – all further kindling an affair which led to a job in Milan, just five years into her professional career.
“The rest is history, as they say,” says Jane. “Tens of years later I’m still here – still enjoying a satisfying international career as well as the sun, food, wine and culture.”
Workers in the creative industry are afforded a little more freedom when it comes to personal fashion choices. For swathes of the industry, there’s no need for a suit and tie as a simple t-shirt and a pair of the latest Nike trainers will suffice. Whilst you’re likely to see that there’s no real uniform, you can often tell that someone works in the creative industry from the way they’re styled. But do Italy’s creatives have their own distinctive style?
For Jane, it’s impossible to identify a single industry style. “Italians dress well, full stop. The advertising industry is probably one of the key sectors in which creativity is openly allowed and encouraged. It may seem superficial to other nations where outside appearances matter, but for Italians you wouldn’t dare look shabby just popping out for a newspaper or packet of cigarettes. In Italy it’s all about putting colours together, choosing quality materials and expressing personal style - and we have a lots of catwalks to help us with ideas if inspiration is hard coming.”
Having been at the helm of Camera della Moda and holding senior roles within the Italian advertising industry, Jane has first-hand exposure of to the way in which the fashion, style and trends of adland have evolved over a number of decades.
“Style and trends move with the season and every season is different, so talking of trends is out of place. Milan is where the main fashion weeks happen. Consequently up to the minute fashion statements are felt first in this city, rather than in other parts of Italy. This means that the advertising industry, which has its main base in Milan, is heavily influenced by the latest looks. Overall, if I had to attempt a definition I’d call it casual chic – that look that seems it was just thrown together at the last minute, but there’s been a whole lot of thought put into it - right down to the details - shoes, socks, scarves, jewellery, hats. And let’s not forget that any self-respecting Italian is owner of a whole collection of sunglasses for a range of outfits and a range of climates. Winter included!”
So, is the Italian ad industry the most stylish in the world? “A lot of our visitors from abroad have been heard to comment favourably,” concludes Jane. “Come to the JWT offices and decide for yourself!”