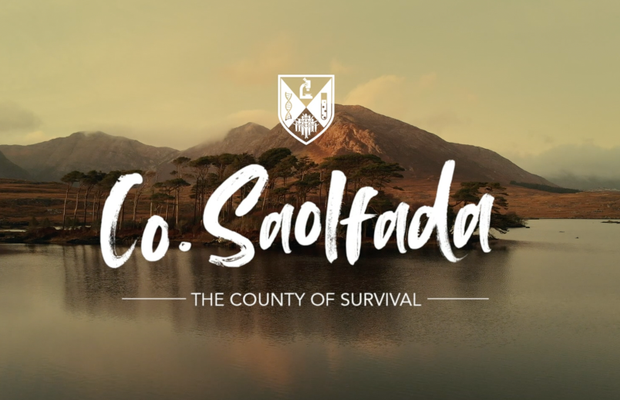 If Irish cancer survivors had their own county, the population would be as big as Cork City, or the Counties of Limerick, Kildare, or Meath. On National Cancer Survivors Day, Breakthrough Cancer Research has launched a symbolic 33rd county in Ireland called Co. Saolfada, the county of Survivors, a name derived from ‘long-life’.

The aim of the new County is to represent and celebrate a population that has survived and lived longer thanks to scientific innovation and cancer research. It could be the fastest growing county in Ireland with greater investment in R&D for cancer.

In addition to creating the new county for the charity, The Brill Building has designed a crest for Co. Saolfada with the motto ‘Survive All’, along with county sports jerseys for survivors in partnership with tshirt firm Hairy Baby that can be bought in their online shop www.theshopthatnearlywasnt.ie. The campaign launched with a Co. Saolfada film featuring cancer survivors and a road sign ambient activation, twinning Ireland’s biggest counties with the population of 200,000 cancer survivors.

The charity is also forming a County Council for Cancer Survivors. Orla says: “We are asking cancer survivors, the current ‘citizens of Saolfada’, to put themselves forward for a new Council for the 33rd county - Co Saolfada.  Here you can represent your district and your experience, you can advocate for your community and input on research needed for your neighbours and future neighbours. If Kildare can have a county council to look out for the needs and wants of its residents, why should the cancer survivor population have none? Help us to make Saolfada one of the fastest growing counties in Ireland, with more investment in science and cancer research. Saolfada is The County That Nearly Wasn’t, now here because of cancer research and the treatments it finds” 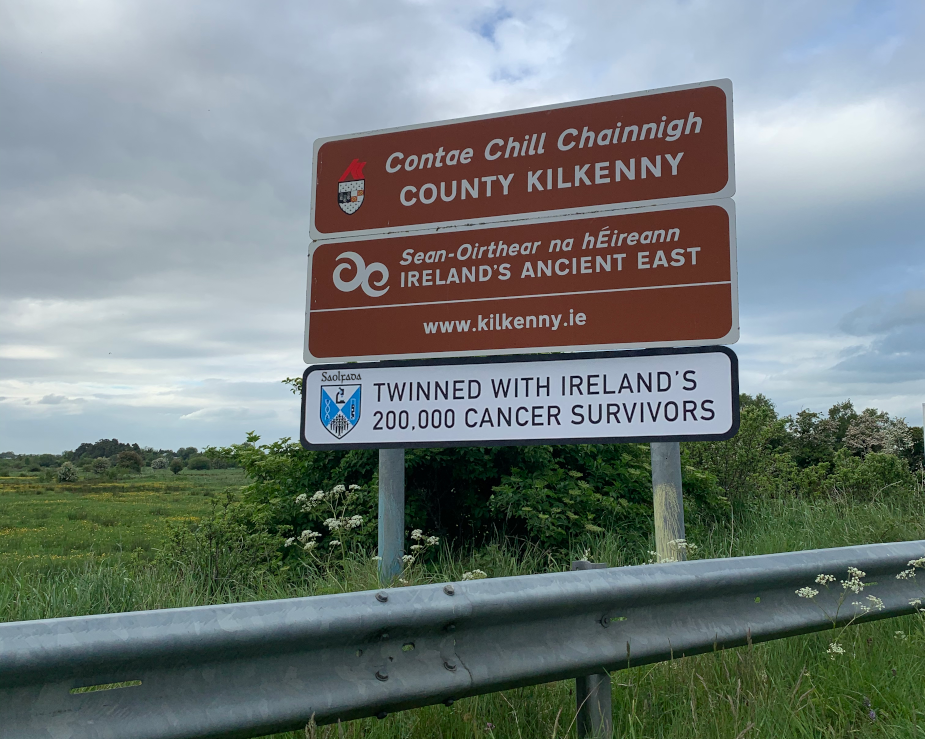 The campaign is from by Roisin Keown, Dan Henson and Peter Snodden of The Brill Building working with Ross O'Callaghan as Director of Photography and The Element post-production. The inter-agency team comprises ETC for PR and influencer and celebrity partnerships, with media from Fluent Communications. Irish Media Agency run the social and digital execution.

Celebrity ambassador and cancer survivor Michael Flatley said he is honoured to be a citizen and cultural ambassador of Co. Saolfada. “Today is a day to celebrate survival. There are 200,000 survivors in Ireland, including me, thanks to innovations in medicine and cancer research, and that’s just incredible. Let’s help Breakthrough increase the population of Co. Saolfada by supporting more research! Everyone diagnosed with cancer could one day live there.”

The new county has already appointed its first Mayor, former Lord Mayor of Cork and cancer survivor John Buttimer. Commenting, Mr. Buttimer said, “Cancer can strike at any time. For me it was during my year as Lord Mayor. I think the idea of a County of Cancer Survivors with its own council is a wonderful idea - because there are 200,000 of us now.  And as such, cancer survivors should absolutely have more prominent representation in government.” 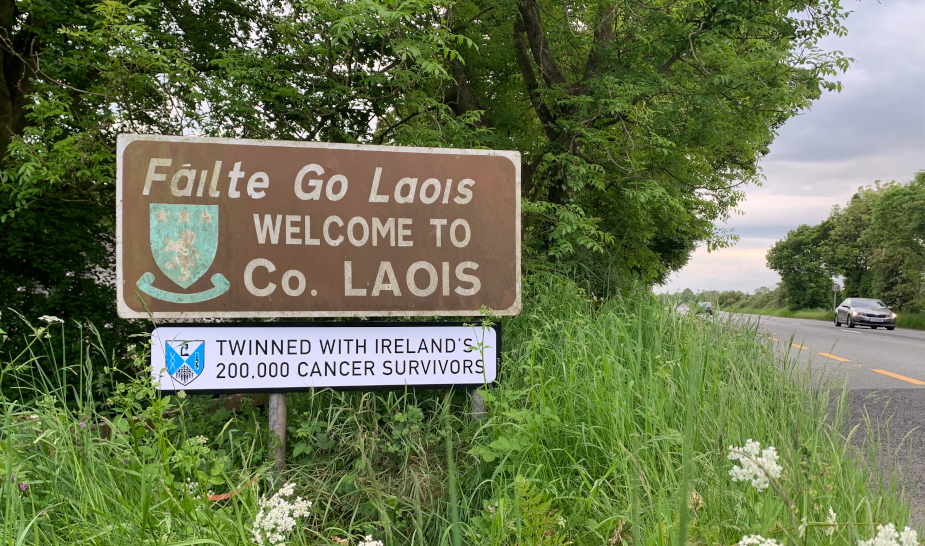 Saolfada, the County of Survivors, is a place few of us have visited but 200,000 amazing souls live. It’s a place of wonder, hope and above all life, where people work, live, play and laugh as much as they possibly can. It’s a land made possible by science, resilience and human compassion and ingenuity. It is inhabited by as many people as Limerick, Cork City, Meath, or Kildare. The future is embraced here. We call it Saolfada - The County of Survivors. Only more research will help more people to call it home, and get them to stay there longer.

Orla Dolan, CEO of Breakthrough Cancer Research: “There are now 200,000 cancer survivors in Ireland, living with or beyond cancer, enough to make up the population of Cork City or the counties of Kildare, Limerick or Meath. We should aim to add at least 80,000 more residents to Co. Saolfada in the next 10 years. With more research and better treatments, we could save many more of the 9,000 who still die from cancer each year in Ireland. Everyone diagnosed with cancer should get the opportunity to live there.”

“To help us achieve this ambitious goal, we are asking for the support of the public and government for greater investment in cancer research, to help make more survivors of cancer. Sadly, everyone in Ireland is related to someone from Co. Saolfada, so if every adult donated just €5 in their name to cancer research this week, it would raise €20 million. This would mean that we could give the green light to 4 new clinical trials, 3 strategic research programmes and 12 translational and lab-based multi year research projects throughout the country focused on early diagnostics, immunotherapy, overcoming treatment resistance, precision oncology, novel therapeutics.”

Roisin Keown, founder and ECD, The Brill Building: “This is another important project that further emphasises the pioneering ethos of Breakthrough Cancer Research. Their work has innovative, positivity and ingenuity at its core and that inspires us to have our communications for them do the same. Creating Saolfada, The County That Nearly Wasn’t is a way to celebrate Ireland’s 200,000 cancer survivors. Recovery from cancer can often be extremely challenging – something finding better treatments from research can improve – but survival is always something to be celebrated.”