Cannes Contenders: 72andSunny Shines a Light on Its Lions Front-runners

From cheeky sexts for condom brand Trojan to cheeky nugget pouch for peckish clubbers and a pop-tastic family campaign for Spotify, 72andSunny share the work they’re excited about 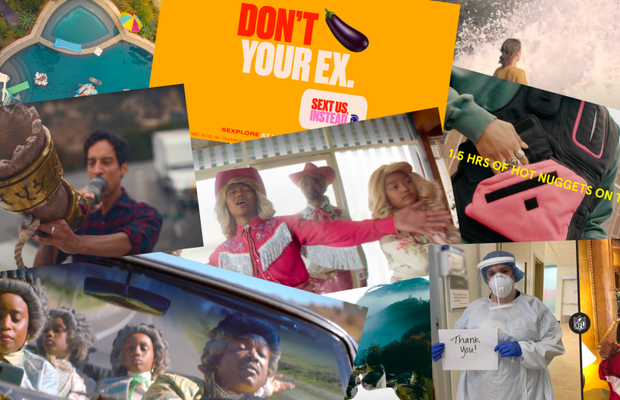 72andSunny have been living up to their name, judging by the joyfully sunny collection of creative campaigns that they’re hoping will perform will at the upcoming Cannes Lions. Creative leaders across the network have picked out their favourite campaigns from the past two years by their colleagues in other offices. With playful work for brands like Spotify and World of Warcraft and Trojan, the 72andSunny agencies have been leaning into upbeat work at a time when the world needs a bit of cheering up.

Trojan: Sext Us Instead

Lauren Smith, Group Creative Director, 72andSunny Los Angeles: “You know, at week 4 of quarantine I was four months pregnant and locked in a house with my husband and a toddler and no nanny. I was sexting.... no one. However, the New York office's campaign for Trojan - "Sext Us Instead" - still got a real live LOL outta me. A campaign where people could sext Trojan instead of their ex as a way to keep horny people from breaking quarantine. Proof you can do good in times of crisis, and do it with a laugh, and also be smart AND sexy at the same time.”
Creative Credits:
Brand: Trojan Brand Condoms
Creative Agency: 72andSunny New York
Social Agency: Razorfish
Media Agency: Wavemaker
Cannes Lions Year: 2020

Jimmy Smith, Creative Leader at 72andSunny and Chairman, CCO of Amusement Park:“Not Tom Brady. Not LeBron James. Not Mookie Betts. Not Black Panther. Not Spider-Man. Not Thor. The Real Heroes were the First Responders and Hospital Workers during the pandemic. Those are the folks who deserved the capes. If you looked to Heaven you might have even heard Stan Lee saying his immortal words ... NUFF SAID!!!”
Johnny Tan, Executive Creative Director, 72andSunny Singapore says: “Super simple yet powerful flip; Turning how we worship our sports heroes to them saluting the frontline heroes. Amidst all the Covid initiatives that came out last year, this idea really stood out. It had the potency, scale and reach in popular culture. It was easy to participate too"
Cannes Year: 2020

Spotify Get the Family On

72andSunny New York
Sherina Florence, Group Creative Director, 72andSunny New York: "Surprising. Well-crafted. Fun. Unexpected. Boldly creative. On strategy. The playfulness of both the visuals and the track come together to surprise and delight in a way that is truly fun for the whole family. The first thing that captured me was the unexpected representation depicted. A Black family, dressed in Victorian garb, rolling down the highway, top down, waving their wrists regally to classical music. Then to a completely swagged out vibe. This spot showed the spectrum of music taste in such a delightful way. From Gaga to J Balvin to Lil' Yachty, it's fun surprise after fun surprise. And it delivers a clear and memorable message for the brand. Where is the sequel?"
Creative Credits:
Client: Spotify
Creative Agency: 72andSunny New York
Film Production Company: Somesuch
Editorial Company: Final Cut
Sound Design Company: Wave Studios
VFX Company: Method Studios
Color Company: Company3
Photographer: Lois Cohen
Retouching: Hecho Studios, LA
Cannes Lion Year: 2021

World of Warcraft Horn of Gathering

72andSunny Los Angeles
Ida Gronblom, Group Creative Director, 72andSunny New York: “2020 was a bag of lemons for our industry, couped up at home in creative paralysis during lockdown. Use stock footage, I was told by clients and colleagues. Yuck stock, I thought! But stock footage isn't just ladies laughing while eating salad, it's actually a powerful artistic source for anyone who is willing to use it creatively. Adobe Stock festival proved the creative industry wrong by showing that stock footage is in fact lemonade."
Creative Credits
Brand: Adobe
Creative Agency: 72andSunny Los Angeles
Post Production: HECHO Studios
Music: Epidemic Sound
Cannes Lions year: 2021