Cannes Contenders: Serviceplan Serves Up Frontrunners from Around the Globe

Leaders and creatives from across Serviceplan Group share their favourite campaigns and innovations for the likes of Mini, Miele, Varo and Xbox. 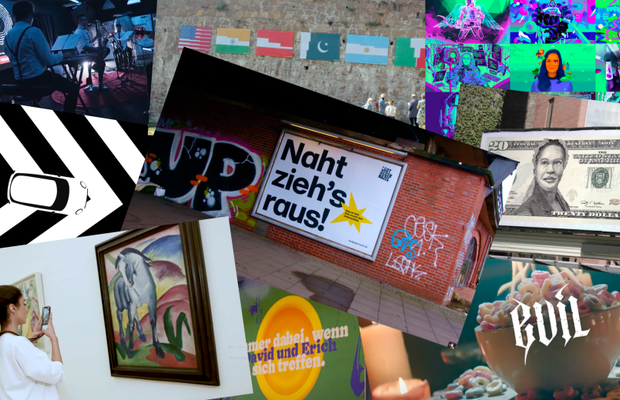 Innovation and design underpin the work that Serviceplan hopes will make waves at this year’s Cannes Lions. As leaders across the group won’t have the chance to anticipate and celebrate together in person, we’ve invited to tell us about the work from their colleagues that they’re really excited for.

Serviceplan Campaign Hamburg/ Serviceplan Dubai.
Carole Giroud, Managing Director, House of Communication France singled out this clever design project. “A big idea for a ‘Mini campaign. All the power of this campaign lies in a few powerful rows, but some rows with high symbolic power: the Mini logo wings. By capitalizing on a strong and timeless code of the Mini brand, by turning this iconic logo into design elements, by illustrating the assets of this unique car, this “Mini-malist campaign deserves to receive one of the highest distinctions of the competition.”

Serviceplan Russia
Lorenz Langgartner, ECD, Serviceplan Innovation, found that his ears pricked up when he came across this piece of audio-drive creative. “Despite its popularity among consumers, audio is still overlooked by many creatives. The Miele ‘Laundry Studio’ campaign makes excellent use of the medium to promote something rather mundane – a washing machine – in a very surprising way. Resulting not in an ad, but a piece of content enjoyed organically by thousands of people.”

Action on Sugar: The Dark Side of Sugar

Serviceplan Berlin
Michael Wilk, Global Head of Art, Serviceplan Group  loved rocking out with this metal campaign. “Guitar riffs, flames, drums, awareness campaign? Is that possible? Yes, it is. The case "The dark side of sugar" literally makes itself heard by covering sugary summer hits as a heavy metal version. The clues conveyed visually in the video and booming out of the speakers: sugar is hiding. Fast food, ketchup, energy drinks, sushi to name a few... the chain is almost endless. All songs covered, from Harry Styles, to 50Cent, via Gwen Stefani to Robin Schulz, could be heard on the radio and streaming platforms and led users to a campaign website. The carefully crafted visual language of the videos is ‘in your face’: loud, direct, unconventional. A superb casting starring heavy metal influencers paved the way to a yet unreached target group. The launch of the campaign on World Diabetes Day could not have been better timed. The high response of the campaign clearly reflected the relevance of the topic and impressively proved: guitar riffs, flames, drums, awareness campaign - it works. YOU ROCK.”

Serviceplan Germany
Myles Lord, CCO Serviceplan Berlin on the latest innovative product to come from Dot Inc.: “I love ideas that make the world more accessible, and Dot Go is an inspiring piece of work that I hope wins big! Too often, our industry is focused on creating awareness around problems – but not using creativity and innovation to help solve these problems. And then there’s Dot Go. I love ideas like this one that is not out there to simply win awards but is designed to make a meaningful difference to people’s lives. And to do this, you need to think a lot harder and consider a great deal more detail. It’s a technical labour of love, and a huge responsibility when people place their trust in your solution. Everything needs to work flawlessly.
Dot Go is a smart idea that truly exploits the technology and the potential we already have in our pockets these days. What blows me away is that users can share presets, and help enrich the app’s functionality by adding to the growing library of objects and associated actions. Meaning this app gets more useful every day.
"The great thing about Cannes Lions is that it inspires new standards of creativity and innovation – and I hope that Dot Go will take a Lion and inspire the next generation of brilliant minds to do the same. The world needs more ideas like this.”

Laut Gegen Nazis: Say it loud. That makes the difference

Serviceplan Campaign, Germany
Melis Adigüzel, Senior Copywriter, Serviceplan Hamburg enthuses about a deceptively simple idea with a high volume impact. “Creating unseen ideas does not always mean to get lost in the cluttered box of high-end technological inventions and complicated algorithms. Sometimes a great idea lies in the pure simplicity of an observation – which is actually always the hardest to pull off. In the case of ‘Loud against Nazis’, the client’s name (Laut Gegen Nazis) is already the “call to action”: never stay silent against racism! So, choosing ‘generic’ words that don’t have a meaning at first sight, conveys a completely different message when you say them out loud. That’s it. A mechanism so simple that it caught fire on several social media platforms for all the good reasons. It’s smart. It’s easy. And most importantly, it’s timeless.”

Serviceplan Group
Evgenia Arakbina, ECD, Serviceplan Russia loved the way Meltdown Flags used data in a clever way to highlight an important issue. “The METER ‘Meltdown Flags’ project is beautiful proof of the value of design, when it works for a global purpose. Such a huge problem as glaciers melting was not a popular public discussion until the ‘Meltdown Flags’ project appeared. The idea of turning data relevant to each country into the design of the flags, makes it relevant to every person on Earth, and an interactive site allows you to predict the future of each of us if we don’t start making positive actions to combat climate change. It is highly impressive work that helps to change the world for the better.”

House of Communication Hamburg
Maximilian Florian Schöngen, Global Creative Strategist, Serviceplan Group loved this campaign. “Out of Home is, in my opinion, the most challenging of all disciplines, especially when you have nothing new to tell but are tasked with reminding people of something they should already know. This smart and witty BILLY BOY campaign manages to remind people in a humorous way, so that it actually resonates with them and makes them remember the importance of protecting themselves and others. The combination of different names and numbers of roads crossing generated a strong basis for identification for all sexual orientations. It’s a perfect example of creation and media collaborating in the most impactful way.  Ideas like these prove that creativity has the power to reach and change people’s minds, regardless of the medium, as long as it is explicitly designed for it.”

House of Communication France
Frances Valerie Bonifacio, Head of Strategy, Serviceplan Group Middle East, responds to a powerful campaign that highlights period poverty. “Pity that long past the age of liberalism, our role as communicators remains crucial as ever: still normalizing the incipiently normal. The ‘Invisible Women’ campaign is at once a progressively bold foray into period taboo, while seeking to launch a powerful outcry for tangible, life-changing support - with the latter serving the single most powerful impetus for a Cannes Lions. When a campaign transcends awareness and endowments enough to mobilize civic actions and societal change, it creates a new wave of enlightenment where political, moral, and intellectual pursuits are united in the reimagining of a genuinely new normal. We need more of these in advertising!”

Varo: A Bank for All of Us’

Serviceplan New York
Patrick Matthiensen, Managing Partner, Serviceplan Hamburg, was impressed by a campaign that showed the client’s commitment to diversity. "Varo Bank's claim is ‘A bank for all of us’, an unmistakable commitment for a free society in which all clients are treated equally. The creative achievement is that the bank smartly combines its brand purpose with the current demand for diversity and equality. In American society, it shows political courage and a strong and consolidated stance. This way, Varo Bank not only fits our current time, but – it also makes one point clear: that Varo Bank is "A bank for all of us." 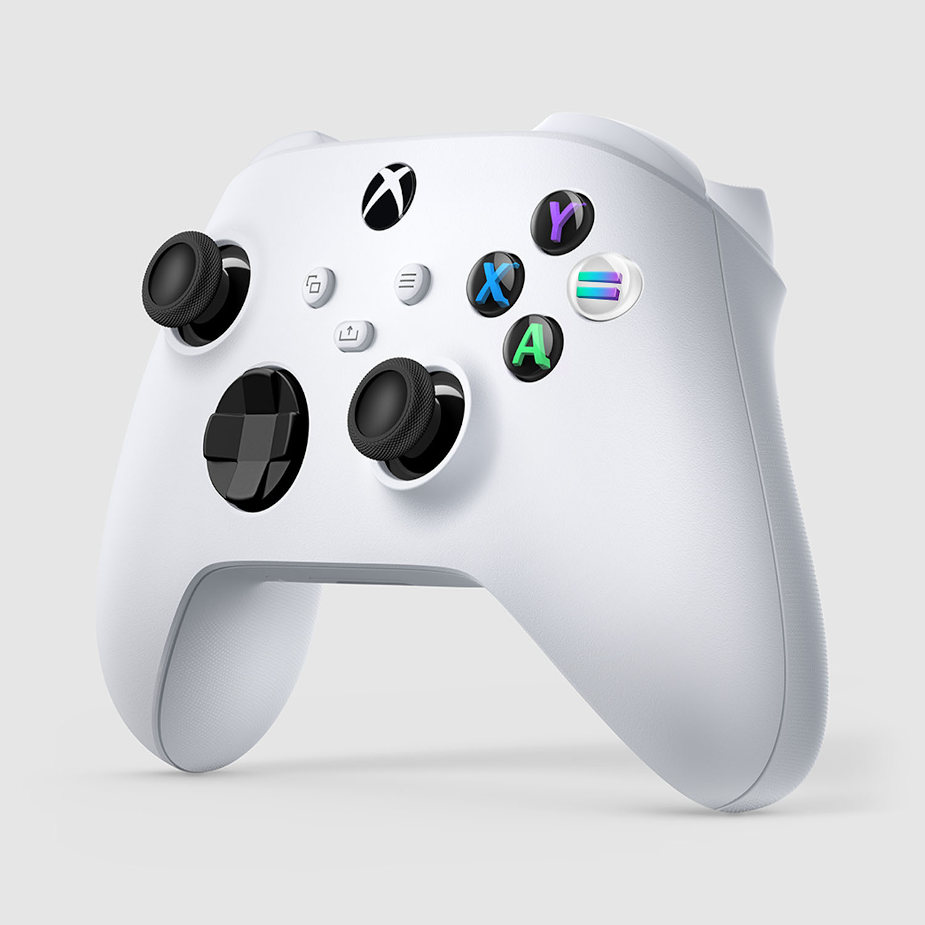 Stefania Siani, CCO & CEO, Serviceplan Italy picks out a large-scale project that tackles discrimination against female gamers. “The gaming world tends to reflect the real one in a very deep way. Let’s picture for a moment the little girl who wants to play in the yard with the boys and hears them say “you can’t play with us”.  We grow up, circumstances evolve, games turn into e-games, but those dynamics still come into play. Xbox ‘Gaming for everyone’ is a new answer to an old story. A witty, delicate and powerful project that on a large scale, impacts on such a serious and important issue, entering through the most inclusive and cross generational door, the game itself. Women represent nearly half of the gamers community; the Xbox equality controller enlightens this reality, empowers it and inspires players from all over the world to do their part along the journey towards inclusivity.”

Sustainability at Serviceplan: Why and How We Become the World’s First Global Independent Climate Neutral Agency Group

Serviceplan Group Thrives Even in Times of Covid-19