McDonald’s keeps the lights on, Old Spice gets epic, Coors Light creates a Clone machine for the Zoom age and Country Time gets the Littlest Bailout 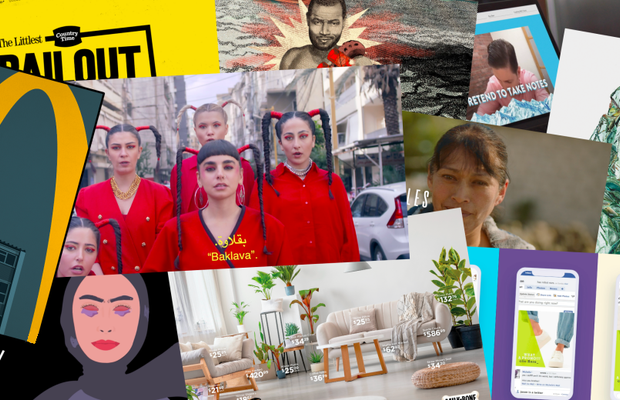 Collectively, Leo Burnett has been using creativity to help clients remain useful and helpful during a challenging year and a half – or to keep the lights on, so to speak. In lieu of an in-person, international knees up, creative leaders around the world pick out the work from their colleagues in other markets that they’re backing ahead of next week’s Cannes Lions.

Leo Burnett UK
Gaston Guetmonovitch, CCO Leo Burnett Spain: “The McDonald’s “Lights on” is one of those ideas I know I would have never been able to get to. It is so simple, so well crafted, and so enjoyable that makes me smile when I see it. It was hard to stand out in a context in which everyone delivers, while keeping the brand tone of voice at the same time, but this one did it. I can’t even envy it, I just have to love it.”

Leo Burnett Chicago
Jason Williams, CCO LB Australia: “We’ve all been oversaturated with Covid messaging during the global pandemic and most of it identical. Just take a look at this brilliant comp https://www.youtube.com/watch?v=vM3J9jDoaTA
So, kudos to the Coors Light creative team and client for cutting through the inertia and responding in the best way possible; with humour, impeccable timing, nice craft, and useful utility (for those needing a clone machine?!). I’m sure the Coors drinkers appreciated a moment of joy in an otherwise difficult time and Cannes Juries will give the nod to this smart creative idea.”

Leo Burnett Madrid
Malek Ghorayeb, CCO Leo Burnett Beirut: “It's been a long time since I've seen an integrated campaign that can be defined in 2 words: Beautifully crafted. It’s story telling at its best. Beautiful illustrations and great words. A difficult task to achieve taking into consideration the “creative past” of the brand.
Bravo to the team at Leo Burnett Madrid, it’s a campaign that deserves the right recognition with the right shiny metal.”

Leo Burnett Beirut
Steve Persico, Co-CCO Leo Burnett Toronto: “Any time you can take something that’s so engrained in culture, to the point people don’t even recognize it anymore, and you put a spotlight on it and reveal the ugly power of it I think you have a chance at creating real change. This work does that and more.”

Milk Bone: You Choose What They Chew

Leo Burnett Toronto
Sam Shepherd, ECD Leo Burnett Chicago. “A dog treat print ad that doesn’t show a dog. And doesn’t show a treat. But instead shows the painful price of NOT giving your dog a Milk-Bone? That’s brilliant.”

Leo Burnett Chicago
Marcelo Reis  Co-CEO Leo Burnett Tailor Made and ARC Brazil: “When a campaign manages to unite the moment of a society, the truth of a brand and the hearts of consumers, it goes beyond, and it becomes a movement. The simplicity and relevance of The Littlest Bailout is an example of this recipe of success.”

Leo Burnett Dubai
Rajdeepak Das, CCO Leo Burnett India. “The Bee’ah ‘Ocean in Plastic’ campaign gives a very compelling social message. The idea of the campaign is very strong, but the execution of this campaign is even more captivating. Every time you see the work, you will notice some new details in it. This is one of the pieces of work where you will need to spend some time to catch all the details. One of the best crafted pieces I have seen in recent times. Very inspiring work.”

Rise For Good: No Eye in Justice

Leo Burnett Jordan
Mauricio Sarmiento, CCO Leo Burnett Colombia: “In communication we always want ideas that help open people's eyes, but I believe that this time this idea literally opened the eyes of a country to show the pain of women in Jordan and in turn empowered them to make them stronger than ever. Brilliant!”