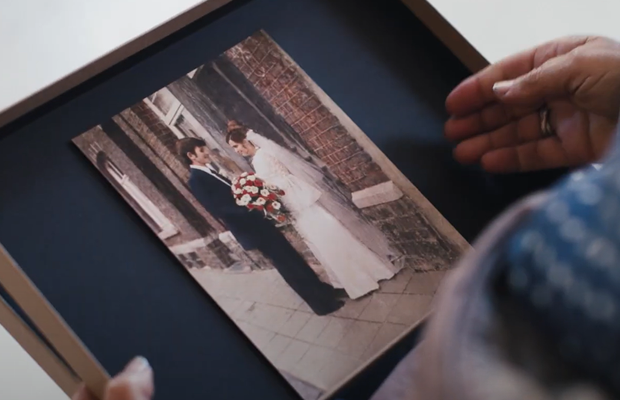 Last July, Belgium experienced one of the most devastating floods in its history. The material damage caused by this deluge was enormous: houses, cars, furniture… but also photos were damaged. These 'damaged' photos do not represent a lot of financial value, but their emotional value is enormous. The memories linked to these photos are priceless. Thousands of photos were severely damaged by the sudden and rapid flooding. With the support of Canon, the 'ReStory' project aims to restore as many photos as possible. A small but valuable contribution to the emotional recovery of the region.

Wallonia in Belgium, and more specifically the province of Liège, was among the worst hit mid-July 2021. Excessive rains caused the Vesdre, Ourthe and Meuse rivers to no longer be able to contain the huge quantities of water they carried. Literally everything was washed away: 224,000 houses damaged or destroyed, 12,000 cars damaged, and countless pieces of furniture ruined...  Unfortunately, many lives were lost as well. Since then and until today, the region is still suffering from this flood trauma.

Geoffrey Hantson, chief creative officer Happiness Brussels: "During the huge clean-up, we saw some very emotional interviews on the TV news. Many victims said that the floods wiped out not only whole neighbourhoods, but also thousands of memories. Among them: thousands of photos washed away or severely damaged. Of course, the severity is incomparable to the number of lives lost, and incomparable to the financial losses, but the emotional value of these photos is nonetheless very high. And there’s where we could help, together with CANON and other partners: restore as many of the damaged photographs as possible. To contribute in a small but relevant way to the emotional recovery of the region.

Lotte Smets, clinical psychologist: "People are afraid to forget. That is exactly why a photograph offers such an enormous sense of security. Photos trigger memories inside the brain, explaining their huge emotional value. In the event of loss, the emotional value of a photo becomes even more important. It is during times like these that people need to be able to give meaning, in order to cope with their loss. Memories - and therefore photos - play a crucial role then. So, if you lose your house in a flood and you lose your photos too, you actually lose twice, because of your fear to forget. Which is logical because, if everything we have ever built vanishes, we can only fall back on our memories."

Jacco Leurs, managing director of Canon BENELUX : "At Canon we know the emotional power of images and the stories that go with them. That’s why we support the ReStory programme of photo restoration and why we were touched by the stories behind them. The results will be shown in a moving documentary and in a photo exhibition during the Photo Days at Brussels Expo on 22nd, 23rd and 24th October 2021. The project will be an appeal to anyone affected by the floods, who would like to have damaged photos restored. This way, these people can keep their memories intact and we can help alleviate their grief.

The restoration of the images is a joint initiative between Canon, the ‘Object Care’ laboratory and numerous volunteer digital retouchers. The photographs are restored to their original state as far as possible, using a drying and smoothing process, followed by manual digital corrections. All applications to restore pictures can be done here.