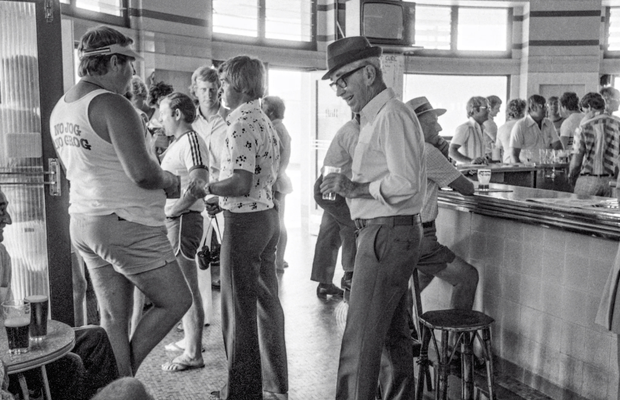 Carlton & United Breweries has today launched a new campaign that aims to support Australia’s pubs and clubs by shining a spotlight on all the things we love about the pub.

Following a significant period of uncertainty and lockdowns across the country, the campaign has been developed to remind Australians of what they’ve missed from the pubs that often serve as the heart of their communities.

The launch film has been developed using stills of iconic Australian pubs taken locally and from the archives of leading photographers including Josh Robenstone, Amanda Fordyce and Lyne Burdekin, with the film narrated by Melbourne poet and writer, Fleassy Malay.

Carlton & United Breweries general manager, marketing, Brian Phan, said: “After the significant adversity the industry has faced over the past 18 months, we wanted to help remind Australians of how great the pub is, and ensure we’re all ready to support our local when we’re able to.

“This campaign is a small display of our admiration for Australia’s pubs and clubs, and the people who make them what they are.”

Clemenger BBDO Melbourne general manager, Scott Balalas, added: “The pub, the local, the front bar or the rubbity - no matter what you call it, we all know how important pubs are to us and to the communities we live in.

“This film is an homage to the pubs, to the people that frequent them, to those that own them, run them, and to every memory that has filled them. It’s also a reminder to get back to the pub for a pot and a parma - or whatever you consider the ideal pub experience - as soon as you can. It’s time to support our locals and fill them with some new memories!”

The campaign is currently rolling out nationally across TV, VOD and social.