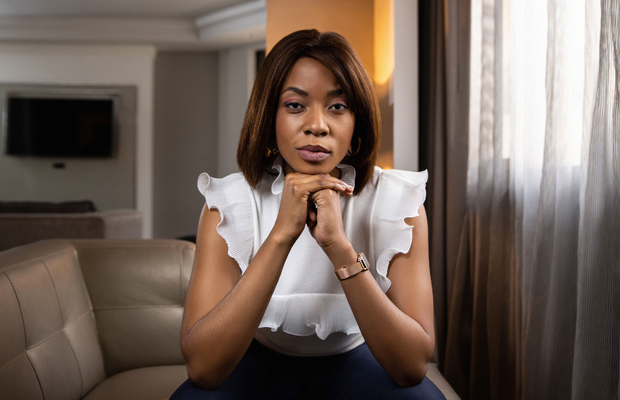 The ink was barely dry on the news of Cell C’s appointment of brand and communications group Joe Public United as their lead agency, when the new partners sprang into an action plan to launch the mobile operator’s next step into growth.

The result is Cell C’s latest integrated campaign, repositioning the value mobile brand with the bold new pay-off line of ‘Change Your World’.

The Cell C 'Change Your World' campaign launched with a 90-second TV film, revealing the growth journey of a football-mad young girl who, in the shadow of her two brothers, has to go above and beyond to fight for her passion and make her mark in the world.

“The film tells the inspiring story of a young woman growing up and striving to overcome the obstacles in her path towards achieving her dreams. Rather than being discouraged by her brothers’ success, she works tirelessly to hone her skills as a coach and gain the trust of her players. Defying the doubts of all those who underestimated her as a young girl, she becomes the master of changing her world. Her story carries the empowering message we wish to bring to the country – calling on South Africans to take ownership of the change they wish to create in their own lives,” says Hazel Chimhandamba, Cell C’s executive head of marketing.

While the brand campaign execution touches on a key societal issue of gender equality and overcoming patriarchy, the overarching message is about changing the narrative of any stereotype or situation. It’s about defying norms to succeed despite the odds stacked against you.

It’s also a message that speaks to Cell C’s own evolving business strategy to become one of South Africa’s leading mobile networks.

“Cell C engaged Joe Public United at a critical stage of their turnaround strategy and together we seized the opportunity to shape the brand’s communication around a truly meaningful, bold new philosophy. Change Your World is the central theme driving the brand campaign which will run throughout 2021. It’s an invitation to take charge of one’s dreams, to defy the circumstances you find yourself in, and to overcome, even in these most challenging times,” says Megan Perks, integrated ECD, Joe Public Johannesburg.

“There is also a correlation between the protagonist in the brand film and Cell C’s own status quo in the SA mobile operator space, revealing how much dedication it takes to challenge that status quo as a market distruptor. This is the growth journey that Joe Public United is embarking on with Cell C, driven through a strong focus on integrated film, digital, out of home and print communication,” adds Megan.

The Change Your World campaign positions Cell C as a brand that understands consumers’ needs and that it changes to grow with them – a mobile brand that adds value beyond just ‘megs and minutes’ – because if there was ever a time when South Africans needed a believing mirror and the tools to awaken their spirit of resilience to shape their own futures, surely, it must be now.