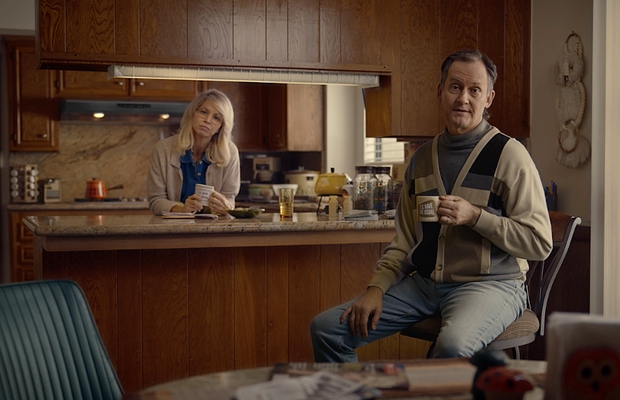 Proof Advertising has been appointed the creative and media agency of record for Houston-based Champion Energy Services (Champion Energy), a subsidiary of Calpine Corporation, in an effort to reach consumers throughout Texas who don’t usually think about switching energy providers.

The first initiative under the partnership is a new brand campaign, ‘It’s Time for Some New Energy,’ which features the aptly named Holdover family, who happily declare themselves to be ‘set in our ways,’ much to the chagrin of their two young children. They demonstrate this by showing off their collection of VHS tapes, their rotary phone and the rabbit-ear antenna of their ancient TV set, while acknowledging that aversion to change leads them to spend too much on their energy bill each month. Viewers are encouraged not to be like the Holdovers and to switch and save.

Comedic director Brian Billow, most recently heralded for his work for Geico (‘Ratt,’ ‘Clogging’ and ‘Aunt Infestation’), partnered with Champion Energy and Proof for the campaign.

Offering residential and commercial electricity service throughout Texas, the Houston-based company is targeting potential customers during the hot months of summer with the message that they can save up to 35% on their energy bill per year. The campaign is launching throughout the Dallas and Houston markets on local cable, connected TV, digital/traditional out-of-home, digital and social.

“We asked Proof to create a compelling message through a high-quality and comedic platform, and they have delivered. We’re excited to introduce Texas to the Holdover family for a light-hearted and memorable way to offer electricity savings still matched with quality service,” expressed John Ballenger, Champion Energy’s VP, marketing operations.

“With numerous retail electric providers in Texas, people are sometimes paralysed by all the options or just too distracted to see how much they could save – which leads them to stick with the one they already have even if service is poor and bills are too high,” said Proof’s president and CEO, Bryan Christian. “We’re hoping this humorous approach to ‘letting go’ resonates and convinces people of how simple and logical it is to switch to Champion.”