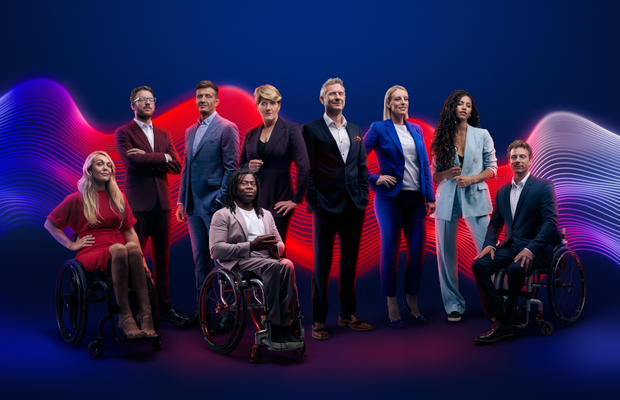 Channel 4 is the official UK broadcaster of the Paralympic Games and its commitment to this year’s coverage was its most ambitious to date, airing over 300 hours of around-the-clock coverage on Channel 4 and More4, as well as over 1,000 hours via 16 live streams on All 4 - capturing every event that was covered live. On-screen over 70% of the broadcaster’s presenting line-up were disabled making Tokyo 2020 coverage its most diverse ever.

The Tokyo Paralympic Games attracted 2.6 million All 4 streams - with some platforms yet to be counted.

Channel 4 head of sport Pete Andrews said: “Channel 4 delivered more coverage than ever before for a Paralympic Games and our round the clock coverage on linear and digital platforms meant over a third of the TV viewing population was reached. This demonstrates our audience’s continued support for Paralympic sport and we are delighted that so many people tuned in to not only cheer on established stars such as Jonnie Peacock, but also to see new stars emerge and triumph.”

Across the two weeks the Games aired Channel 4 attracted its biggest share of the TV viewing audience in four years – since the Rio 2016 Paralympic Games and its best daytime share since the London 2012 Paralympic Games.

Paralympics Breakfast tripled Channel 4’s average audience from 7.30-9am and doubled the channel’s average share of young viewers in this time slot. The Last Leg of Tokyo was broadcast live from London and hosted by Adam Hills, Alex Brooker and Josh Widdicombe, with Rosie Jones in Tokyo. The show outperformed Channel’s 10pm slot average for young viewers (12.4% share 16-34s, +19%).

In addition to extensive coverage of the Games on TV and All 4, Channel 4’ s multi-platform broadcasting rights provided the opportunity for it to leverage its impressive reach on social media and bring the 2020 Paralympic Games to the broadest audience possible.

It’s bespoke Paralympics Hub on TikTok showcased the most captivating moments throughout the Games and #C4paralympics has generated an impressive 4.1 million TikTok views.

@C4Paralymics Twitter account was one of the most prolific Twitter creators in the world and achieved half a billion global impressions during the Games. Ellie Robinson's emotional speech This is a story of triumph not a story of defeat is Channel 4’s most popular Paralympics social post across all platforms.

Continuing its mission to bring about a fundamental and permanent shift in the UK of perceptions of disability and disability sport Channel 4’s acclaimed marketing campaign Super.Human reached 81% of the UK population. It explored the sacrifices made by Paralympians to pursue their dreams of being crowned Paralympic champions for and was made by Oscar-nominated cinematographer Bradford Young.

Channel 4 chief executive Alex Mahon said: “These Games were arguably the most important Paralympics ever. Despite a global pandemic, the athletes produced some outstanding and truly memorable sporting moments that have united fans globally.

“Personally, I was not only honoured to take part in a medal presentation in Tokyo but I am also immensely proud that ‘Team Channel 4’ set out to deliver our most ambitious Paralympic coverage ever, and delivered coverage that outpaced every other broadcaster. From Tokyo, Leeds and London, our viewers enjoyed the biggest and best coverage, fronted by our most diverse presenting team ever. Now, we are looking forward to building on this incredible legacy through the Winter Paralympics in Beijing next year and onwards to Paris 2024.”

Sport coverage was produced by Whisper and The Last Leg of Tokyo by Open Mike, with Toyota Channel 4’s broadcast partner.