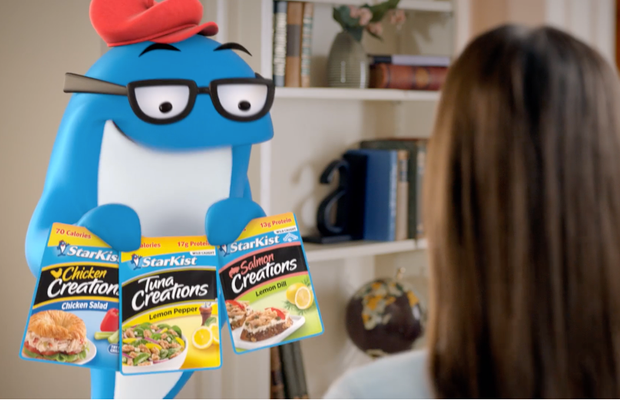 A new campaign called #EverydayGoals by quench for client StarKist is launching with a new TV spot this month, featuring iconic animated brand mascot, Charlie the Tuna.
In 'Stair Climbs', the first TV spot in the campaign, Charlie offers Katie, a busy, on-the-go dog mom, StarKist Creations pouches as an excellent solution for keeping her refuelled. The :15 spot launched in early January on national TV, digital, and paid and organic social media channels.
As the campaign continues throughout the year, additional #EverydayGoals messages in digital and TV will promote StarKist tuna, chicken and salmon pouches as convenient, versatile lean protein sources for active lifestyles that are delicious in a salad or in a wrap, paired with fruits or veggies or even straight out of the pouch.
Bill Starkey, quench executive creative director, said: “When it comes to health and lifestyle goals, people often have a hard time staying on track. We tapped into this with our #EverydayGoals campaign, celebrating the little things that all of us can do to make a big difference and how StarKist can play a key role.”
Andy Mecs, VP of marketing and innovation for StarKist, added: “StarKist products are an excellent choice to fuel healthy lifestyles and empower consumers to attain everyday goals. This powerful new campaign from quench will resonate with consumers and reinforce StarKist’s position as a market leader in healthy, on-the-go protein.”