Schaller was most recently creative director at Havas Worldwide London 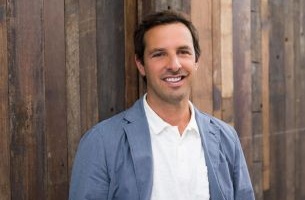 Schaller has worked at Havas Worldwide London for the past four years. During his time there he created award-winning work for Chivas Regal, including the short films 'Here’s to Big Bear' and 'Here’s to Twinkle', the award-winning 'The Joke Appeal' campaign for children's cancer charity CLIC Sargent and, most recently, he brought Captain Birdseye back to British screens with the 'Boy with a Tail' campaign.

Schaller’s short film 'One of The Gang' for CLIC Sargent’s 'The Joke Appeal' campaign won several international awards, including Gold in Film Craft at the Kinsale Shark Awards and First Prize at the New York Festival of International Advertising.

Caitlin Ryan said: “This is the final hire in our search to find the best-in-breed specialists to collaboratively lead our creative department. Russell completes our trio of design, UX and brand story specialists, and his passion and talent means he's the perfect final addition to this team.”

Schaller said: “Caitlin has assembled a perfectly balanced team of specialists - a wonderful combination of technology, storytelling and design. I’m enormously proud to be added to the line-up. Right now, we have an opportunity to engage audiences with our craft in more places, more deeply and more innovatively than ever before. I can’t wait to get started.”