App for Samsung & the RSC wins big in New York 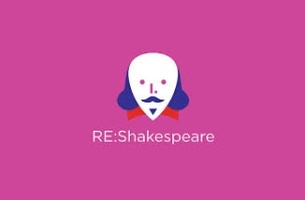 In a first for the global network, Cheil London has won Gold at the International ANDY Awards for RE:Shakespeare, the app that brings Shakespeare to life for students, created by Cheil London in partnership with the Royal Shakespeare Company and Samsung Electronics UK.

The award, presented to Cheil London in New York last night at the International ANDY Awards recognising creative excellence, has additional resonance as it takes place in the same month as the 400th anniversary of Shakespeare’s death.

The Android app, which first launched last year, is aimed at the 3 million+ 11-18 year olds studying Shakespeare as part of the UK National Curriculum each year. It features cultural influencers including actors, rappers and beatboxers together with RSC experts.

These charismatic mentors help students get to grips with Shakespeare’s language and meaning, transforming his dialogue into bite-size chunks, turning difficult lines into fun lyrical challenges and enabling a digital audience to re-interpret, re-mix and perform Shakespeare like never before.

RE:Shakespeare lets students star in their own Dubsmash-style music video, mix the beat boxer Shlomo with Shakespeare to create their own tracks or spot the difference between Shakespeare and hip-hop with Akala It also gives them the chance to experience a 360-degree immersive performance, shot on the Royal Shakespeare Theatre stage in Stratford-upon-Avon. And in their final challenge, they get to perform on the stage themselves, opposite a real RSC actor.

The app was developed and produced for the RSC and Samsung UK by Cheil London, in conjunction with production company UNIT9. RE:Shakespeare is available to download free across selected Android devices via Google Play.

“The beauty of the RE: Shakespeare app is that it makes learning accessible, so whether you’re on the bus, in the classroom or revising at home you can get to grips with the Bard wherever you are,” said Andy Griffiths, President of Samsung Electronics UK & Ireland.

“Young people struggle when pronouncing the words...what terrifies them is when they say it out loud... You're doing a critically important thing… giving them the confidence that they can have a go,” commented Iqbal Khan, RSC Director.

Bill Walthall of thebillshakespeareproject.com, said: “The Re:Shakespeare app from Samsung and the RSC not just a must-have but a “drop-whatever-it-is-that-you’re-doing-and-get-to-Google-Play-and-download-it-now” must-have. It’s really that good."