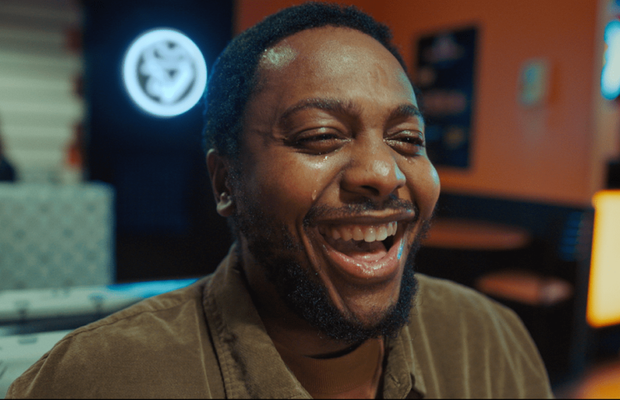 Chicken Licken’s Rock My Soul offerings only come one way: SoulFire. The heat and flavour that is bound to rock your soul! And that wasn’t just the inspiration for the new commercial, but for the new product positioning too: FEEL THE FIRE.

Inspired by the fire, the creative team at Joe Public wanted to tell a story where the product intrinsic of the Rock My Soul offering is the hero, and how the sensory bliss created from SoulFire will move you, not only physically because of it’s heat, but emotionally too.

Introducing Andisile. Andi for short. An everyday guy who can’t show emotion. It’s just the way he is, the way he has always been. He is often misunderstood because of this and it’s left him secretly yearning to feel something, anything.

Andi’s story plays out through all the stages of his life, from a baby playing with his parents, a young boy getting a jab, a teenager experiencing turbulence, to getting dumped as an adult, and through it all, he only has one reaction – none. That is until he feels something he has never felt before, the feeling he gets from the heat of Rock My Soul.

The campaign spreads across TV, social, digital and OOH, telling more of Andi’s story, but more importantly urging customers to FEEL THE FIRE for themselves. All told in the quirky and entertaining way that they’ve become accustomed to.

“We wanted to highlight the heat and flavour of Rock My Soul, and it’s not often you get to hero a product intrinsic in such a fun and entertaining way. Where the eating experience pairs perfectly with the idea, creating something that you can truly feel,” added creative director Martin Schlumpf.

This beautifully crafted and entertaining film was directed by Greg Gray from Romance Films.