Area 23’s SVP of broadcast production explains why, in 2021, how you produce has become just as important as what you produce 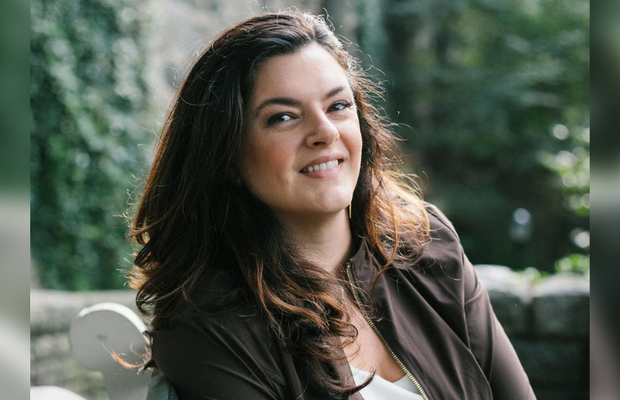 Production Service Network, the one-stop-shop for worldwide film & photo shoot support, is proud to support creativity across the planet. As part of that mission, we’ve teamed up with LBB to celebrate the past, present and future of the big creative idea. Over the course of this upcoming interview series, we’ll speak to producers who’ve breathed life into creativity and, quite simply, been the driving force that made incredible things happen.

Today, we speak to Area 23’s SVP of broadcast production Chinkara Singh. It’s hard to know where to start when reflecting on Chinkara’s career so far. It could be her awards cabinet brimming with recognition from Clios, Lions, Addys, Webbys and more. Or it could be the fact that she built up an entire department at Area 23 in the midst of the pandemic. Here, Chinkara offers her thoughts on how production has adapted to the post-pandemic climate, why she ‘keeps creativity alive’ when on a project, and what made the Great British Bake Off the perfect antidote to lockdown…

LBB> What kind of kid were you growing up, and when did you first know that this industry was  the right place for you?

Chinkara> This kid, she was proudly nerdy and a total gamer. And very into school and social activities.  Nerdy extroverts are a rare breed, you know! I come from a family of scientists; my father is in Artificial Intelligence, and one brother is in the space industry.

I also loved 80s television and knew that I would be happy in life if I just watched TV all day. But the industry didn’t come until later, after I had found the art of visual communication. My parents couldn’t afford a film camera, and so university was the first time I came into contact with camera gear.

LBB> I understand that you were building computers when you were as young as 12! So have you always been drawn towards technology - and is that still true now in the world of  production?

Chinkara> Absolutely. My father’s idea of fun was a family trip to a supercomputer and dialling up to  prodigy online. I was writing code in 3rd grade and finding cheat codes for 8-bit games by  middle school. Taking apart machines and putting them back together fascinates me!

I’ve found most producers enjoy this process, or something similar to it. The mental exercise of deconstructing a thing in order to build it back up again, new and improved. Producers are born loving evolution and embracing change. It’s easy to see how producers found the pandemic to be a historic challenge, but nonetheless collectively made our way through to the other side.

LBB> At University you studied Film Storytelling - how would you describe a producer’s role when it comes to storytelling?

Chinkara> The producer must love the story and believe in it. That’s when you get a producer who cares, and you can just feel that ownership. It’s palpable. I remember  assisting an EP who got red in the face and jumped on the couch to fight for his belief in a cut! The passion is real - and has to be real. And that’s the foundation I produce from.  That’s the kind of producer I train, too.

The creative role of putting ideas on the line every day is so damn hard. By the time it gets  to production, the producer must keep the story alive at all costs. We protect the vision from  the start until the end. And that is something which gets me out of bed every day, because the ideas coming out of Area 23 are ideas worth fighting for.

LBB> So jumping up and down and fighting for an idea - is that something you’ll often do?

Chinkara> Haha, that’s not quite my approach. I have this kind of ‘deep zen’ attitude that keeps that tendency in-check. When you’re on a set, you do tend to find that basically everyone there with you is totally solutions-oriented, so being mindful with your suggestions - and the fact that they are precisely that, suggestions - is invariably the most constructive way to go about the job.

LBB> ‘The pandemic has changed what it means to be a producer’. Do you agree with that?

Chinkara> The pandemic has changed HOW we produce. And that has become just as important as WHAT we produce. It doesn’t change the essence of a producer, but it sure as hell has changed our job. I’ve never seen anything like it in my 22 years, but damn, I’m here for it.

Globally, we came together quickly to find solutions as a network of producers; EPs, heads of production, AICP, and producer forums like Wheresspot and Poolhouse became heroes in terms of giving out the information as quickly as possible and updating daily.

And to know what I know now about germs and protection, wow. That is just next level. To be a producer in the pandemic should entitle you to extra credit!

LBB> When it came to getting that updated information as quickly as possible, what kind of tools did you find most helpful?

Chinkara> We often used the ACIP Covid-19 Workplace Guidelines and PSN's Shoot Status table. I would go directly to PSN’s updated site for information on which countries were opening, their current shooting status, and information for remote production. As most agency producers do, I make sure I collect recommendations from other producers to ensure our expected result from each local production company. Any time there can be a collection of experiences related through one production partner, it’s a time-saver. PSN is a solid global production resource.

LBB> You seem fairly positive about the state of production at the moment - if someone had told you this would eventually be the situation when the pandemic first hit, would you have taken it?

Chinkara> Well, producers are problem-solvers. We like nothing more than a challenge, and the restrictions arising from the pandemic sure gave us one. In fact, the challenge was so great and all-encompassing that it gave us the chance to reinvent ourselves. For better or worse, you don’t get an awful lot of opportunities like that.

Ultimately, we’ve collectively come through a gruelling process to arrive at a point where, for example, we have a completely remote workflow. We have a really clear sense of what we can achieve and, just as importantly, what we still need to work around. And the way the entire community internationally came together to help each other through it was truly magical, honestly. We’re all a lot stronger now. Whatever else has passed, that’s certainly a positive.

LBB> Can you share an example of a project you’re really proud of working on in your career which wouldn’t have been possible without cross-border collaboration and production?

Chinkara> Sick Beats. For sure, with our client Woojer. We invented a way to shoot during  the pandemic with drop kits, and we taught parents and kids how to film themselves with  iPhones. The kids are naturals, of course (thank you, TikTok!). Remote filming helped us in working with kids with Cystic Fibrosis who had to remain socially distant. We leaned on trusted partners across three continents to get the full project completed.

Above: SICK BEATS is the world’s first music-powered airway clearance vest for those living with cystic fibrosis.

LBB> Do you feel that, when we lean towards remote production as a solution, we risk losing something important?

Chinkara> Yes, I do feel we lose something important being on-set together. There is a magic and synergy on-set that cannot be matched on a remote platform. The tech is still evolving, however, and I feel we can get there.

And let’s face it, it's fun being on set together! We strengthen trust, and comradery. We are in it together for hard work, maybe some fun dinners, a prank or two. Shoots are one way we weave the fabric of agency culture. I was on a shoot with our CCO once and he was making me laugh left and right. He’s whip smart and super fun; I knew then that he was a leader I could follow.

LBB> On another note, you’re also an industry activist dedicated to raising the voices of minority film professionals. Can you tell us a bit about what drives you in pursuing that cause, and why it’s so important for the industry at large?

Chinkara> It’s personal. I’m a minority female in advertising, and always have been driven by this cause. I imagined becoming a director straight out of school, but thought it was a boy’s club and Mira Nair was the only Indian American female making a mark. Even after the success of my first short film, I still wasn’t convinced due to my gender. I don’t want anyone to feel this way, ever.

We need diversity behind the lens, and we need to free the work. Our world will be a better  place if we give a voice to underrepresented talent. Some diverse talent might not have the  same funding out of school to have a flashy reel, website, or representation. It’s our job as  producers to find them, lift them up, find opportunities, and work with production companies to push for it. Again, the incredible leadership at our agency supports the work we do to  search and find diverse talent, in front of and behind the lens.

LBB> Finally, the past 18 months have been a huge challenge for so many. Throughout it all, how have you been keeping inspired and motivated?

Chinkara> My family, including my work family. My three children who take an interest in my work, and tell me I can do it every day. They get a buzz out of seeing me producing from my home office on remote shoots, and then seeing the work on-air.

I have a stack of leadership books on my nightstand, and I’m constantly trying to learn and  be better for my team.

Oh, and binge watching the Great British Bake Off helps, too.

Lastly, the work. It’s badass. It changes lives. And my co-workers are dope.

Hillary Rogers: “Being on Location Is Extremely Helpful When There Are a Lot of Beats You Need to Hit”

Rob Newman: “The Pandemic Has Changed What it Means to Be a Producer”