As the agency approaches its first birthday, Howatson+Company’s Chris Howatson speaks to LBB’s Natasha Patel about an interesting 12 months 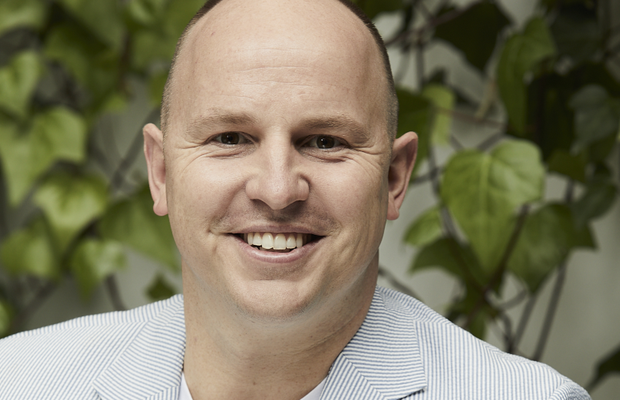 February 20 will mark one year since Howatson+Company began life as an advertising agency. The last 12 months have seen many changes including a de-partnership which saw Chris Howatson and former co-founder Ant White go their separate ways.
“Changing partnership was probably a big moment, but we're still friends and still talk to each other,” says Chris, he adds: “The process of departnering is a big deal. but the defining moment of year is definitely the fact that we set up an agency in Covid. We grew to 50 people in our first year, got amazing clients like Allianz and Belong and we've got incredible foundations for what's ahead.”
Expanding on the outcome of Chris and Ant parting ways and the subsequent renaming of the agency from Howatson+White to Howatson+Company, Chris explains how the name has now become all encompassing. “We changed the name and in many ways, that made it even more inclusive. So the idea of ‘company’ is that anyone there is essentially got their name on the door. So Howatson is me, that's the continuity of the starting point, the philosophy there has endured, and now it's the company. It's whoever is part of it. It's the clients. It's our people. It's our production partners. We're a big believer in collaboration, and that really is at the heart of that name and logo.”
Chris began his career at Clemenger BBDO and rose through the ranks there to become CEO at CHE Proximity when he was just 27. Reflecting on these experiences, he calls his time at the network the ‘best preschool, primary school, high school and university’. Going from 19 years at the agency to solo can’t have been an easy choice. But Chris thanks the network for teaching him to have a fire in his belly to succeed and the importance of creating a culture which is like a family, though as the team grows and is set to hit 65 employees soon, ensuring the company’s culture doesn’t get diluted is key.
He explains: “All agencies essentially do the same thing. The really great ones, do it better because they can attract the best calibre of talent and make them feel like that work is meaningful. For me, my pathway to meaningfulness is to have a really clear purpose for what we're here to achieve. But the way we do that is we're a family. Things like we have lunch together and we're building all these rituals that you can do when you're 50 people that you can't do with 400 people - that'll be a challenge over time as we scale. For me, the most important thing is culture. We've got this philosophy called care fiercely and it's kind of our overarching defining value as an agency which is carefully its idea of the intimacy and protection of a family.”
To explain better what is means to ‘care fiercely’ the Howatson+Company offices have this poster (below) hanging in its offices to show that ‘we are the mama bears fiercely protecting the cubs’. Though, that isn’t the only exciting thing about the agency’s offices. When the founder’s decided to have hubs in Sydney and Melbourne, they did so knowing that they would choose places in both area’s creative precincts. “We wanted to have a place which was like the spiritual home of where people can come every day. By renovating those old buildings we were sort of giving back to those creative precincts a little bit and keeping them going. 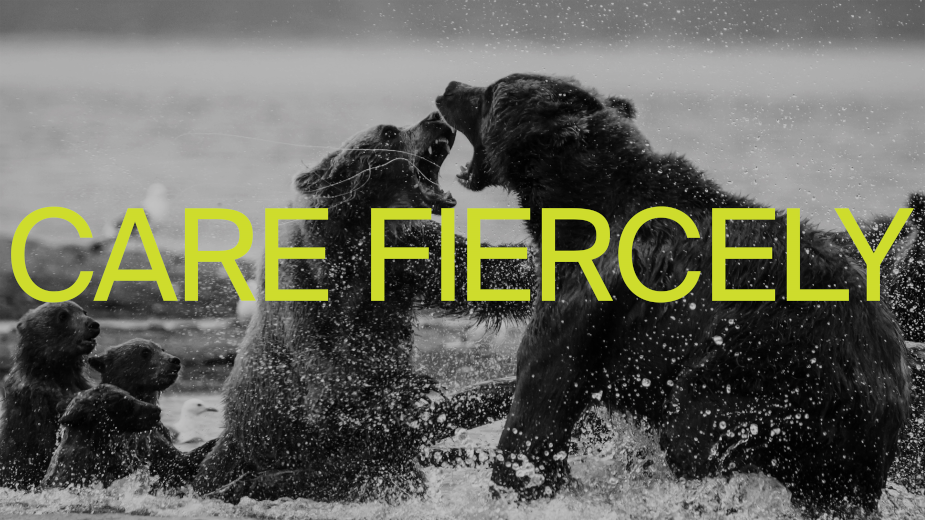 “We also wanted to make sure that we're at street level. So both are on the street and the windows, the doors, everything is on street level. It’s just this sense of the energy of culture walking back and forth and just being present with that.”
The team may have had their office sorted and clients on board, but dealing with a pandemic and lockdowns were no easy task. Chris recalls the strengths he found in creating a team that he’d worked with before, so there was lot of ‘muscle memory’ around. “The good fortunate thing was a lot of people that worked here, I worked with before. We already had that muscle memory and then when new people came in, we were small enough to onboard them.”
Lucky for me, the day I spoke to Chris was the day he experienced what he referred to as ‘the most defining moment’ of his time at Howatson+Company. “I just had a moment to look around and there were people working on stuff that I had no idea what they were working on. And that for me was like this real pride moment that the agency was big enough and we've established a culture strong enough that there's work bubbling up, that I have no sense of, and that that for me was the highest point of the sense of accomplishment over the last 12 months.”
As father-of-two and keen ice bather Chris turns his sights to the future and beyond for Howatson+Company, his aims are pretty simple: to have people recommend the agency to others and to positively influence people and culture the world over. These aims he shares as a marketer and a father: “I think every brief we take on now, as marketers, we have a social responsibility for the impact of that work. And I really want my kids to go ‘my dad doesn't just run a great advertising agency, but has fundamentally helped to make the world better’.”

Planning for the Best: The Hunt for Insightful Solutions with Sam Butcher