Designed for Next Generation Hospitality, Standard International’s ‘One Night’ Opens its Platform to Other Hotels 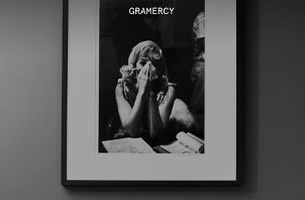 Code and Theory and Standard International, the company behind The Standard hotels and the majority owner of the Bunkhouse Group, today launched One Night, the first third-party app for hotels designed by a hotel company. Following the success of Standard hotel’s groundbreaking One Night Standard app, One Night provides spontaneous, same-night reservations, at the lowest available rates, for an expertly curated group of hotels in New York and Los Angeles.

One Night allows users to select hotels based exclusively on experience while considering the modern traveler’s rapidly shortening booking window, and a move towards mobile reservations as well as a desire for on-demand services. Starting each day at 3pm, guests who download the One Night app get exclusive access to highly sought after hotels at the lowest available prices for that evening. The app provides an hour-by-hour experience guide to the hotel and its neighborhood so guests can make the most of their stays.

Reacting to three different types of contextual data – time, user states, and location – the app’s spontaneity creates an impulsive experience. Other apps act more like a utility, where One Night provides service for the user from a curated list of unique hotels. 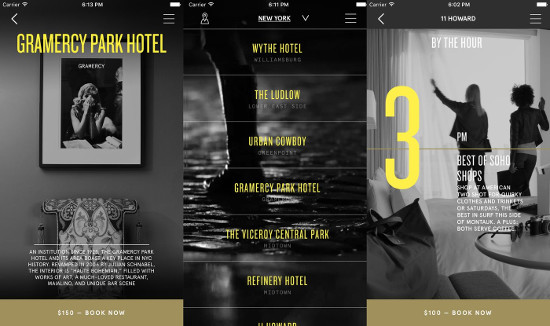 “One Night was built with the idea of living in the moment, because booking a great hotel can be spontaneous rather than planned ahead,” said Code and Theory’s Director of Creative Strategy Stephanie de Bodinat. “The goal was to change people’s behavior when it comes to booking hotels. Instead of having to search for the best deal at the best hotel, One Night does it all for you.”

"One Night was designed for the next generation of travel. With one swipe and in less than one minute, a room at one of the most intriguing hotels in the city is confirmed," said Amar Lalvani, CEO and Managing Partner of Standard International. "Just as importantly, we are connecting hotels we enjoy to discerning guests who care about the experiences our founding hotel partners have worked so hard to create."

Unlike other hotel deal apps, One Night focuses on two areas – spontaneity and content.

Reacting to user states gives the app a personalized experience that adapts to individual needs. Hotel lists are generated differently for first time users, returning users, or users who have already booked. As a first time user, the hotels are randomly ordered, however, as a returning user, One Night makes repeat behavior accessible and actionable. The app architecture reverses the usual roles played by hotels and users, simplifying it and making it centered around the user rather than the hotel.

Focusing on motion imagery, the app’s visual design reflected the notion of living in the spur of the moment. From the app icon, indicative of an old fashioned flip clock, to the inclusion of a “Hotel Description Timeline” and countdown clock for booking, the concept of time became a recurring theme throughout the app.

One Night plans to launch its services in San Francisco, Austin, Miami, Las Vegas, and Chicago in the coming months.

The app is available for free download in the iOS App Store and Google Play Store. Download today at www.onenightapp.com.