Coffee & TV Doubles Up with New Hire and Promotion 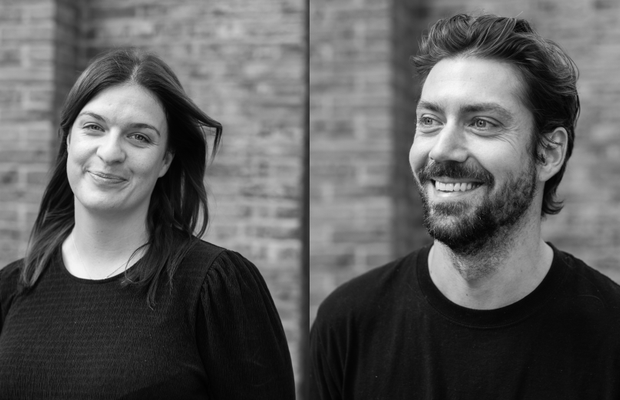 Sarah will also work closely with Lisa Green and Dan Keefe to enhance the studio’s live action capabilities, bolster the roster of animation directors and deepen direct to brand relationships. This area of the business has experienced rapid growth, Coffee & TV is currently in production on a number of UK and international projects.

Derek Moore, CEO and co-founder of Coffee & TV said: "Coffee & TV would not be where it is today without Sarah Walsh. She has built the production department with Chris Chard from its grassroots and had a tremendous impact on our ethos and culture. Sarah’s leadership, aptitude, determination and warmth are exactly what we need as we continue to expand our studio.

Pete Burch is also an incredible addition to Coffee & TV, his vast experience of both long and short production will be an invaluable asset to the production team. The last year or so has been hard but I’m so proud of how the Coffee & TV family and business has evolved for the better.”

Sarah Walsh, group commercial director at Coffee & TV added: “I really love Coffee & TV. It genuinely is the best place to work. I was employee number four and now we’re over 50. I’m honoured to have been part of where we are today. My new role will ensure that all of Coffee & TV’s offerings compliment each other and that the laughter and heart we pride ourselves on, can be felt across the group by all of our team and clients.”

Pete Burch, senior producer at Coffee & TV said: “After working in one place for such a long time, I had to make sure I was moving on to a good place. The Coffee & TV team always seem so ridiculously happy and in love with where they work so I know I’m in the right place. I’m excited to join the fold. ”

For the last seven years, Sarah Walsh has been head of production and an integral member of Coffee & TV’s senior management team. Sarah’s passion for production started with her career at Krow Communications, before she moved to Smoke & Mirrors, where over four years she honed her craft. Sarah joined MPC before coming to Coffee & TV in early 2015, where she was responsible for the delivery of exceptional work and the growth of not only the production team but also the company’s growing reputation. She is the co-lead of Bloom’s Parent’s group and a dedicated advocate of flexible working in the creative industry.

Pete Burch joins the Coffee & TV production team with vast experience across all departments, from editorial through to VFX for both long and short form. His strong relationship with a variety of agency and brand clients will compliment Coffee & TV’s collaborative environment, bringing further success to the business

In addition to Sarah’s promotion and Pete’s appointment, Coffee & TV has continued to honour its commitments to invest in the next generation of talent by establishing a series of new apprenticeships. New starters have recently joined the motion design, Flame and the CG departments in junior roles.

Rise of the Empath