Developed by the architect and urban planner Jaime Lerner, the film from TracyLocke Brasil offers sustainable living across Brazil 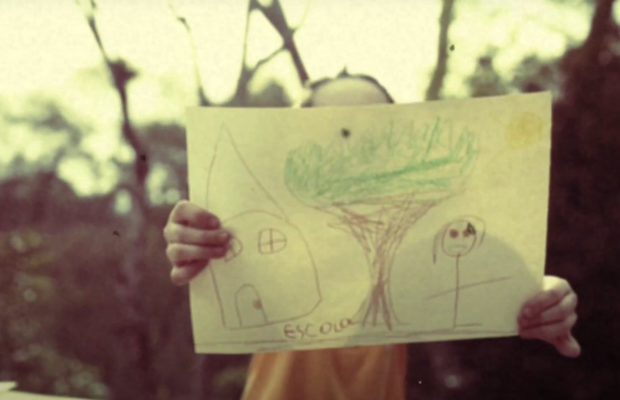 Vokkan premieres its first campaign created by TracyLocke Brasil. The aim of this communication project is to demonstrate the positioning of VivaPark Porto Belo, the first planned green neighbourhood in Brazil, designed by Jaime Lerner, one of the most influential urban planners of all time. The enterprise brings together various options for living, commercial development and the provision of services.

To convey the concepts developed by Vokkan in the conception, creation and development of the project, the agency has created a campaign that includes a manifesto film, ads and OOH mediums, and that will be broadcast on television, whilst also involving performance media on digital channels. From a creative point of view, the innovative concept of ‘VivaPark Porto Belo’ is “You feel it’s for you” whilst the manifesto sets out Vokkan’s intention in relation to the project as “We don’t want to sell you a house. We want to show you your new life.”

The communication strategy is to make it clear that, more than simply an enterprise, the VivaPark Porto Belo is a complete, innovative and truly planned neighbourhood, where all the senses are challenged by a new life experience. One of the insights that supports the model of the VivaPark Porto Belo, as well as the storytelling involved in the campaign, is the ‘turtle’ concept that Jaime Lerner has brought to the project. “As he explains it, this animal has everything under his shell, which represents his home, but also his freedom of movement. Following this concept, everything was thought out to allow people to find various aspects relating to quality of life in a single area. The idea is to bring together security, education, work, leisure and housing in the same space,” explains Daniel Ottoni, CCO of TracyLocke Brasil.

Located in the ‘Costa Esmeralda’ region, between the BR 101 highway and the beach, the VivaPark Porto Belo includes a park covering 70,000 square meters of green area, the biggest park in the region, which is open to the town and designed with coexistence in mind. The space is home to two lakes, five public spaces, bike racks, picnic and table-tennis tables, an ‘Open Shopping Mall’, cinemas, theatres, running and walking tracks, bike trails, open-air gymnasiums, beach tennis, volleyball and multi-sports courts, as well as spaces designed for cookery, co-working, entertainment and culture. “We want to provide the region with a place for unique experiences, where the focus of gastronomy, leisure and services is wellbeing and convenience, to enjoy the best that life has to offer - beauty, culture, happiness and being with one’s friends,” says Jéssica Volaco, marketing director at Vokkan.

Vokkan is a Santa Catarina state-based company, that has increasingly made a name for itself nationally through its urban solutions, constructing more intelligent collective environments, and directly contributing to social and urban development. This is the first time that TracyLocke has worked with this new client. “We are very happy with the result of this first campaign that breaks with the stereotypes of communication in the real estate segment in this region of Brazil, making tangible all that the neighbourhood offers as an invitation to a new way of life,” explains Thomas Tagliaferro, CEO of TracyLocke.