​Mobile Marketing delves into the history, current work and future of the company with Gameloft for brands North America's managing director Casey Campbell 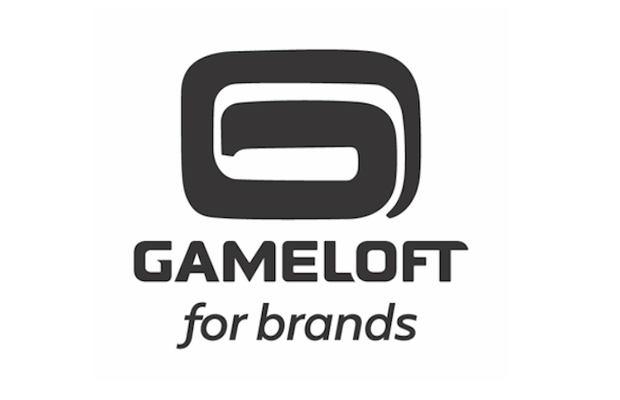 Mobile Marketing sits down with Gameloft for brands' Casey Campbell to discuss the company.

Mobile Marketing > Can you tell us where Gameloft and the Gameloft for brands division came from?

Casey Campbell > Gameloft for brands was created in 2014 to deliver in-game advertising and create tailored playable/interactive branded content for brand objectives. The company is a division of Gameloft, which was itself founded in 1999 with the goal of producing quality games that consumers could easily download to their mobile phones. A true pioneer, the company was one of the first in the world to develop games for Java- and Brew-enabled handsets and quickly created a large lineup of games for their users, including impressive mobile adaptations of console games such as 'Prince of Persia' and 'Tom Clancy's Splinter Cell'.

Our vision for the studio involves creating innovative games that stand out in a crowd, and that feature high production values, because we're passionate about what makes a good game. Moreover, we cultivate long-term IP partnerships because we know how to pair a license with the right game genre. In short, we aim to raise expectations.

By 2003, over 100 mobile phones were compatible with Gameloft titles and the company was profitable. In 2004, Gameloft launched the first instalment in the Asphalt franchise, which today remains a benchmark on mobile phones and digital platforms. Gameloft also offered 3D games for the first time in 2004, as well as real-time multiplayer games in 2005, on the most advanced mobile models and networks at the time.

By 2006, Gameloft had the most diverse catalogue of mobile games in the world. From football games (Real Football); racing games (Asphalt); action games (Gangstar); brain training games (Brain Challenge); and arcade games (Bubble Bash), the company offered games of all genres. 400 phones were compatible, and the Java game lineup reached 200 titles in 2007!

Gameloft also had the largest portfolio of games under prestigious licenses such as 'Mission Impossible 3', 'Shrek 3', 'King Kong', 'Lost', 'Desperate Housewives' and 'Heroes', which were some of the most watched television series in the world. Also, for the first time in the history of mobile gaming, licensed titles were adapted to each country, such as Endemol’s 'Deal or No Deal' and '1 vs. 100'.

In 2008, Gameloft successfully shifted towards smartphones and touchscreen interfaces. Gameloft was the first company to make six games available on the Apple App Store, after its launch on 9th July 2008.

Because we’re always looking to push the boundaries of video games, we embrace all digital platforms: feature phones, smartphones, tablets, set-top boxes, Nintendo DS, Xbox Live Arcade… all the way to today’s Nintendo Switch and Apple Arcade. We strive to create games for all our players, wherever they are, no matter the platform they use.

Our reliance on strong technical expertise allows us to master our partners’ ecosystems. With Apple, we were the first company to release games for iPod, iPhone, iPad, Apple Watch, Apple TV, and for Apple’s Metal API. For Samsung, we had the first game to be showcased on the Samsung Galaxy Fold and to support the Vulkan API.

Gameloft currently has 3,800 employees around the world, including the largest development and creation team in the mobile games industry, with 2,500 developers working in our production studios, including teams with expertise in all aspects of gaming. This network of studios throughout America, Europe and Asia allow us to combine global vision with a local approach. By taking advantage of this unparalleled cultural and linguistic diversity, we’re able to adapt our games to each market. We also have the world’s largest distribution network.

We are growing part of the global entertainment landscape. Joining the Vivendi Group in 2016 was the dawn of a new era for the company. It has enabled us to work with other world-class businesses in the Vivendi group, such as Universal Music Group and STUDIOCANAL, and to take part in the global cultural phenomena of our times.

In 2018, Gameloft acquired FreshPlanet, creators of SongPop, while in 2019, an average of 1.5m new Gameloft games were downloaded every day. In 2020, Gameloft acquired The Other Guys, notable for their narrative-driven game Linda Brown, and mobile storytelling platform Journeys.

Today, Gameloft has a rich catalogue of more than 500 games, for more than 7,000 models of phones and tablets. With a live portfolio of 275 games, we have renowned franchises spanning several years, including Asphalt, Dungeon Hunter and Modern Combat, as well as major partners from the entertainment industry who trust us to create amazing games, such as Disney, LEGO and Illumination.

MM > How close is the business today to the original vision?

Casey > We are very much still aligned to the initial vision – we create high-quality games for all digital platforms, wherever our players are, on everything from smartphones to Nintendo Switch™. The decision to launch Gameloft for brands in 2014 was a natural evolution.

MM > You say it was a natural evolution, but where did the idea for Gameloft for brands come from?

Casey > With the rise of free-to-play gaming, which created an unprecedented growth in audience, we identified advertising as an opportunity to grow further in the future. Aligned with our pioneering spirit, we created Gameloft for brands and completely bootstrapped our own global advertising network and our own ad-technology, allowing us to have total control over the ad environment in our games, and to provide brands with the transparency and safety they increasingly need in digital. To date, Gameloft for brands has delivered more than 10,000 campaigns for prestigious brands worldwide.

We offer brands the ability to show ads within our games, in a way that is non-intrusive to players. The immersive nature of mobile gameplay means players are emotionally invested in the content, bringing brands a higher level of engagement and increased brand recall. With a monthly audience of more than 80m unique players and an inventory of 2.4bn impressions, Gameloft for brands offers brands a unique level of visibility and engagement.

Our expertise spans gamification, playable ad units, interactive videos, standalone apps and augmented reality, all with the aim of translating brand and company objectives into playable, interactive campaigns. A good example is our recently-announced Applaydu app for Ferrero’s Kinder brand. Playable branded content like this can run within our own network, or outside it, within third party apps, on desktop, Digital Out of Home, and even at live events.

Gameloft is one of the first in-app companies to be certified by several industry standards, including MOAT and IAB Gold Standard. By completing the rigorous accreditation process for those certifications, we reinforced our commitment to improving standards across the industry and confirmed the company's position as a leader in in-app advertising best practice. This doesn’t go unnoticed by our clients and the industry: To date, Gameloft for brands has delivered more than 10,000 campaigns for prestigious brands such as Air France, Coca-Cola, Ford, FOX, Kellogg’s, McDonalds, Netflix, Procter & Gamble, Samsung and Unilever, in over 40 countries around the world (North America, Latin America, Middle East, Africa, Europe, Asia, etc.).

No less than 50 awards from prestigious marketing organisations in the world have honoured Gameloft for brands, including MMA Smarties, IAB MIXX, Mob-Ex, Clio's or Les Trophées du Marketing… and they keep on coming. Beyond advertising, we craft standalone gaming experiences for our clients: whether it’s about consumer marketing, CSR or internal communication, we are able to create gamified experiences to answer a wide variety of challenges human organisations have to face.

MM > And what does the future look like for Gameloft and Gameloft for brands?

Casey > For both companies, it’s a case of more of expanding on our core foundational products and experience with some new initiatives. Gameloft continues to create compelling games for phones and tablets, working together with our partners, but we will also be looking to create more games for consoles like the Nintendo Switch.

At Gameloft for brands, we’ll continue our work with brands and agencies to create compelling in-game advertising experiences, but we are also applying our gamification skills to other areas, such as custom branded games, training, education, retail and beyond. We’ve built expert capability in audience engagement, and the opportunities to apply it are limitless.