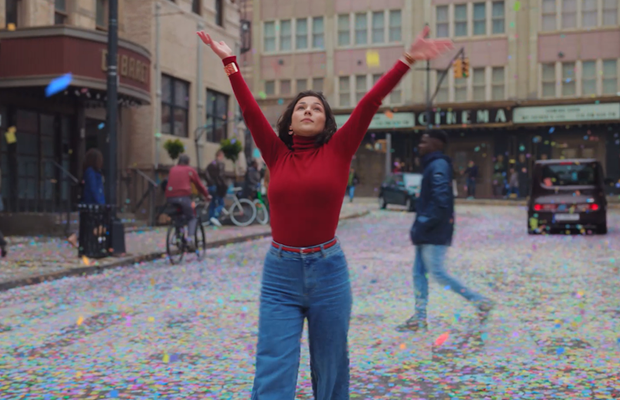 The first film for Birth Paris’s newly signed director Matvey Fiks, the spot Et Vous, Etes-Vous Une Georgette? (And you, are you a Georgette?) was created by Marystone agency, Paris.

Matvey added extra excitement and spontaneity by shooting the entire film in reverse. As the camera tracks its heroine through the streets of New York, she passes other young women dancing with contagious carefree energy as she returns to her apartment. The final frames are in fact the beginning of her day: selecting one of Les Georgette’s iconic cuff bracelets. This is the origin of such euphoria which set off the joyful sequence.

Les Georgettes was created in 2015 by France’s number one jewellery creator, Maison Altesse and counts France’s First Lady Brigitte Macron as a client. The brand’s fans are so loyal they call themselves Les Georgettes, and have created their own Facebook page.

The film celebrates this liberating spirit. “The rewind effect is the essence of the film,” Fiks says. “Confetti rises to the sky, the Georgettes dance and move in reverse and we are drawn back to the origin. The Georgettes cuff bracelets give the heroines a super power: incredible confidence and endless possibilities.”

The choreography by London dance artist Simon Donnellon was designed to work perfectly in reverse with the women always facing the camera, and movements always looking fluid and elegant.

As the client explains, sisters are doing it for themselves. “It’s a rallying call from Les Georgettes to encourage the natural support women give each other,” Céline Guillermet, the brand's marketing and artistic director, says. ”This is a first for Les Georgettes, we want to assert our values ​​and our vision of a resolutely positive feminism."

For French women in 2021 - at the very least for les Georgettes - the message is clear: it’s all about joie de vivre and endless Liberté, Creativité, Sororité.