Chinwe recently completed 'The Audacity of Blackness', an inspiring and poetic film campaign for Cadillac via Spike DDB 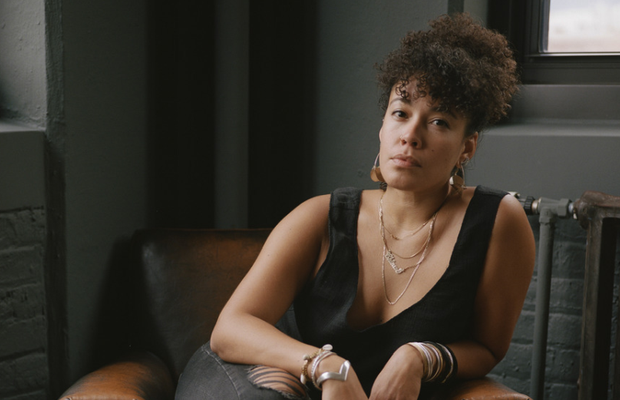 Integrated creative studio Consulate promotes Chinwe Chong to editor on the heels of An Ode for AwakeNY clothing brand, a striking piece made in homage to Black women. She also recently completed 'The Audacity of Blackness', an inspiring and poetic film campaign for Cadillac via Spike DDB.

NYC-born, Chong spent her formative years between Boulder, Colorado, Paris, France, and Brooklyn, NY. A child of artists she loves the intricate curiosities of art in all its forms. As a former dancer, she brings her awareness and eye for movement, feeling the rhythm in the films she edits. Drawing from her multifaceted roots as a first-generation American of Jamaican-Chinese and British heritage, she embraces humanity in all its beautiful complexity. Whether she is exploring the gravity of social justice or the joy in simple frivolity, Chong examines the light, shadows, and nuanced movement of it all through her perceptive editing.

Working her way up the ranks at Consulate since 2011, Chong spent a year as a receptionist before moving to client services, to night apprentice, and then on to an assistant editor. She was most recently creative director and editor on An Ode for apparel brand AwakeNY. Concepted and crafted in the wake of the death of Breonna Taylor, George Floyd, and Ahmaud Arbery, the short film highlights the importance of paying homage to the many African American and Black women of the world who have helped to pave the way for inclusivity and equality. The found-footage piece features women including Nina Simone, Aretha Franklin, Billie Holiday, Assata Shakur, Shirley Chisholm, Angela Davis, Fanny Lou Hamer, Maya Angelou, Michelle Obama, and Erykah Badu. Chong has also displayed her instinctual, intimate style in work for Elizabeth & James, Lenscrafters, Ralph Lauren, Olay, and Clairol.

“It’s observing slight nuances — gestures that, though small or seemingly insignificant, feel most human. Finding and connecting these moments are what I love about editing,” says Chong. “The last decade at Consulate has been one of pure growth for me. I’m forever in awe of the talent around me, it’s inspiring, and I’m thrilled to embark on this next phase of my creative journey.”

“Chinwe pays attention. To the subtle details that can define the expression of people or of places,” says Chad Sipkin, founder/editor at Consulate. “She has an extraordinary ability to form an empathetic connection to her material, translating its contours into something distinct and expressive. We’re thrilled to elevate her to the next stage of her career and continue to support her as she continues to hone her craft.”