The beer brand partnered with DDB, SMUGGLER and preymaker to use the science of Targeted Dream Incubation to give you the most refreshing Super Bowl ad experience ever 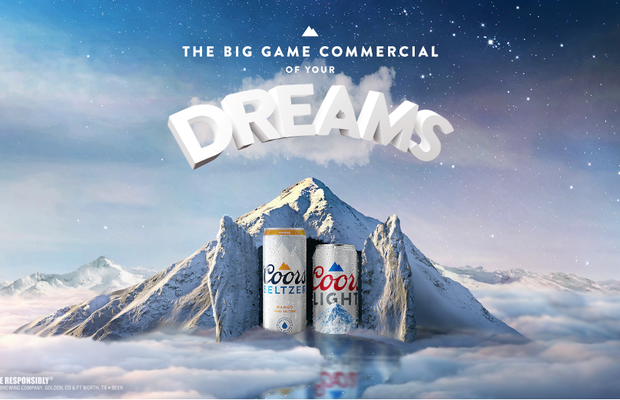 During the Big Game, commercial breaks are notoriously swamped with beer advertisements. A certain, other beer brand seemingly controls the ad space - so much so that Coors is legally locked out from playing on TV screens nationwide during the Big Game. However, Coors Light, the beer made to chill, and Coors Seltzer, the hard seltzer with a mission to restore America's rivers, don’t need expensive TV spots to create a Big Game ad. Today, Coors Light and Coors Seltzer announce the first Big Game commercial you can only see the night before game day in your dreams. 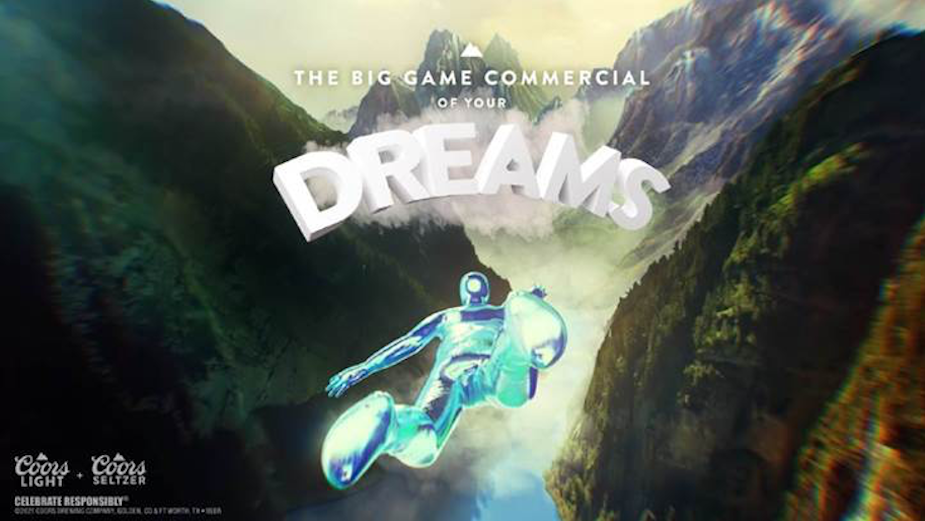 In a collaborative effort between DDB Sydney and DDB Chicago, and with the help of Dr. Deirdre Barrett, a leading psychologist, author and expert on dreams, Coors created a film with specific audio and visual stimuli to induce the most refreshing dream you’ll have all year. Using Targeted Dream Incubation – the science of guiding dreams – Coors will shape and compel your subconscious using a stimulus film, and an eight-hour soundscape throughout the night, to trigger you to dream the Coors Big Game ad.
“I’ve studied dreams and methods to influence them throughout my career, but working with the artists of the Coors Dream Project was a novel opportunity to craft audio and visual stimuli that viewers could use to trigger specific dream content,” said Dr. Barrett. “We saw the results come to life in the Dream Lab trial run when participants reported similar dream experiences including refreshing streams, mountains, waterfalls and even Coors itself.”
“Targeted Dream Incubation is a never-before-seen form of advertising,” added Marcelo Pascoa, vice president of marketing at Molson Coors. “Typically for big sports events, we see ads featuring over-the-top car chases, pyrotechnics, dramatic scenery and storylines, but with the Coors Big Game Dream, the dreamer is in the driver’s seat to create a chill, relaxing ad inspired by our visual and audio stimuli.” 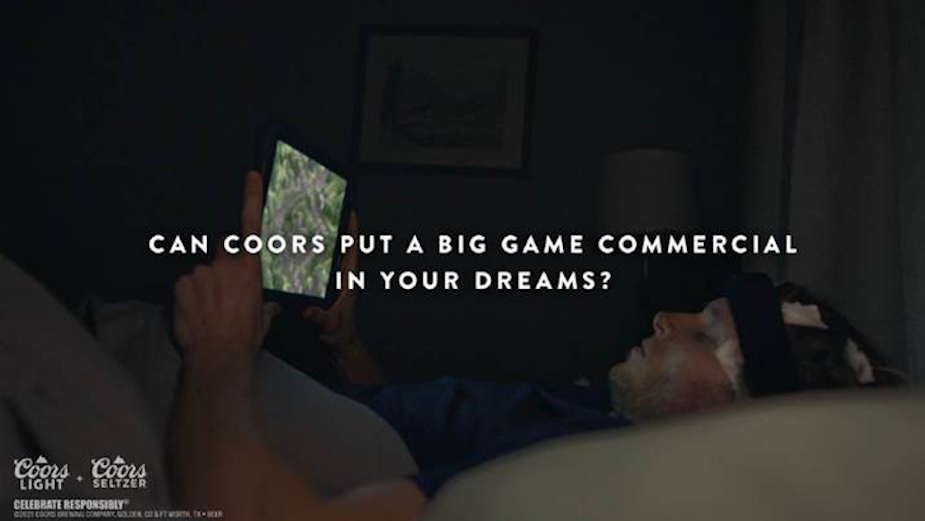 Additional behind-the-scenes videos explain targeted dream incubation, follow the visual artists who worked with Dr. Barrett to identify the visual and audio stimuli, and finally, show real people who have experienced the dream after watching the videos.
Starting today, dreamers can watch a behind the scenes of the Big Game Dream on the website. The full length eight-hour stimulus soundscape and film will drop on 3rd February for refreshing dreams before Big Game Sunday. The Coors Big Game Dream will be supported throughout retail and across digital channels, including YouTube, Facebook, and Instagram, along with a promoted trend and live event on Twitter.