Copywriting Made Brexit Do It

Today, messaging is influencing how the world is being shaped - while our industry leaves it behind, others are using it as their most potent weapon, believes Huge London’s Hari Bajwa 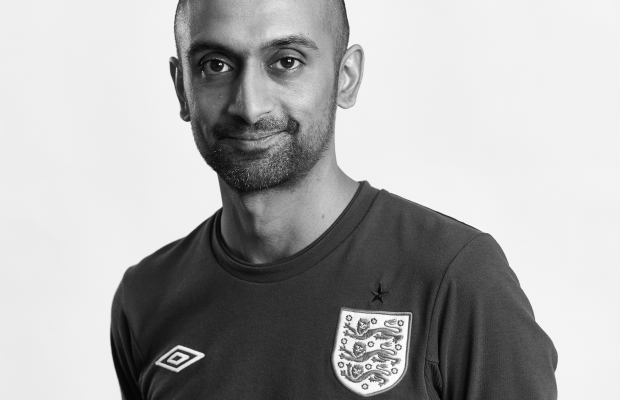 It was copywriting that pulled me into advertising. I was hooked on Bill Bernbach’s words. A little later, Dave Roberts. More recently, Don Draper. At university I stuck up long copy ads instead of posters of Sarah Michelle Geller. I could reference every Economist ad. Read why Dave Abbott bet his life on a Volvo. And knew that behind every great goalkeeper there was a ball from Ian Wright. But for me, the way Avis dunked on Hertz was the one.
Back in the ‘60s, Hertz had the car rental market sewn-up. So Avis, the number two choice, launched a long copy campaign called, ‘We try harder’. The ads had a simple message: when you’re not the most popular rental service on the market, you can’t drop the ball. No cigs left in ashtrays. No flat batteries. No empty gas tanks.
The ads were courageous in their honesty. Avis weren’t the best and never hid it. Instead they made it their selling point. Hertz took the bait and hit back with some revenge ads, but inadvertently promoted Avis. Scenes.
But those long copy ads are over 50 years old. Today, copywriting’s role and importance has been downgraded.
If there’s ever been a time that highlights the strength of words, we’re right in it.
The biggest engagement campaign of the last 40 years in the UK was the EU referendum. The result hinged on messaging and targeting.
17.4 million voters were influenced to ‘Take back control’. They were told that we’d be ‘Rule makers. Not rule takers.’ They were persuaded by a headline on the side of a big red bus. The referendum was back in 2016, but you’ll still hear those words today.
Politics has always been a place for powerful messaging. The Republicans are masters at it: Following 9/11, the US government introduced the Patriot Act. Every dissenter was labelled un-American. The anti-abortion groups call themselves pro-life. The opposition named themselves pro-choice and never stood a chance.
Today, messaging is influencing how the world is being shaped. While our industry leaves it behind, others are using it as their most potent weapon.
How did we get here?
As a graduate writer at my first agency, a senior designer took me under his wing. We became good friends, but he’d always rib me to keep me grounded. His punchline used to be, ‘I’ve just sent an email. That makes me a writer.’
What he meant only clicked for me much later. Writing is something we all do, Photoshop isn’t. So his specialism would always be more valued. And as digital has made more of us writers, this worth gap between art and copy has widened further.
Every day we post on Facebook, share WhatsApp messages, send notes on Slack. When the daily habit is to communicate through words, its value has been watered down. But when you see someone open an Illustrator file, to the untrained eye it looks like another dimension. A visual creative’s role is seen as more specialist.
I’ve worked in every flavour of agency, and over time witnessed the ratio of writers to art directors and designers rapidly skew. I’ve seen a shop of 100 people with a lone writer. I’ve been in an agency where the visual creatives outnumbered the writers four to one. But when redundancies hit, they slit the writers’ throats.
And it’s not just metrics but attitude towards them. When costing a job and budgets are tight, the writer is sacrificed. I’ve heard it.
“Yeah some copy is needed, but it’s something I can have a crack at.” Senior Project Manager, Age 25
Copy becomes viewed as garnish. Subservient to the visual. “Can you give me a three letter word to fill this space?” True story.
But copywriting is just as specialist. It provides a perspective. Creates an argument. Sets the tone.
It has the ability to convince you that a Volvo protects lives. That reading the Economist will make you successful. That you should go with the second-best car rental service.
It even has the power to influence people to vote against their own interests; just like the EU referendum has demonstrated.
Hari Bajwa is a creative director at Huge London. He recently created a Boris: The Brand, a satirical set of brand guidelines for Boris Johnson to commemorate his first day in office.