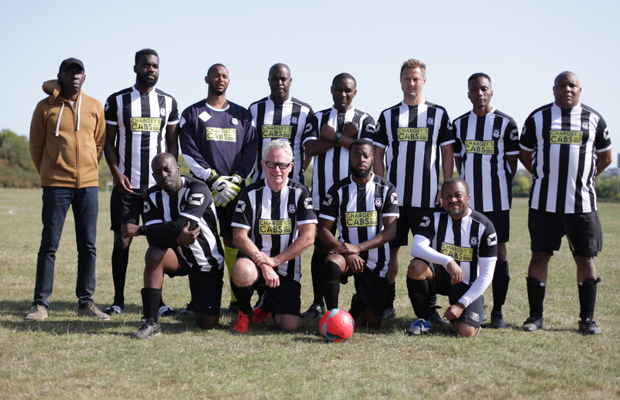 Entitled ‘Sunday League’, the advert captures the excitement, passion, and anticipation of the Premier League season through the lens of Sunday league football. The cinematic advert celebrates the grassroots game with depictions of Sunday league used throughout, helping to tell the many stories of this and the anticipation of the action of the Premier League season as the protagonist makes his way across a series of football pitches.

‘Sunday League’ brings to life the internal dialogue of one Coral customer as he walks through a Sunday league scene. Filmed from a variety of perspectives – spectators on the side-line, the referees, amateur managers, enthusiastic footballers – the advert uses clever narration to tell stories of the season demonstrating what it is that makes football at all levels so exciting.

Angela Porter, brand marketing director, Ladbrokes and Coral says; “Football is a game loved and played passionately by so many across the country at all kinds of levels. This campaign continues to build on the direction we set for the brand earlier in the year and brings the passion we share with our customers, for football, to life. It captures the buzz and atmosphere of Sunday mornings on football fields. There are lots of ads that use football scenes and analogies, but this looks at really showcasing the passion of a real fan, whether he’s thinking about his Premier League predictions or watching his local Sunday league team. We wanted to put viewers right in that moment with our brand.”

The advert was created by award-winning creative agency Bartle Bogle Hegarty (BBH) and the launch campaign was planned and bought by the7Stars. It was directed by Nicolai Fuglsig of production company MJZ. Filmed at Wormwood Scrubs in London in September of this year, the production involved 140 cast and 80 crew members. The commercial was filmed and produced before the recently tightened restrictions and adheres to all Covid-19 guidelines and appropriate social distancing guidelines were followed.

The advert will launch with a 30 and 60 second TV spot on Saturday 31st October, with the hero film launching during Liverpool vs West Ham.