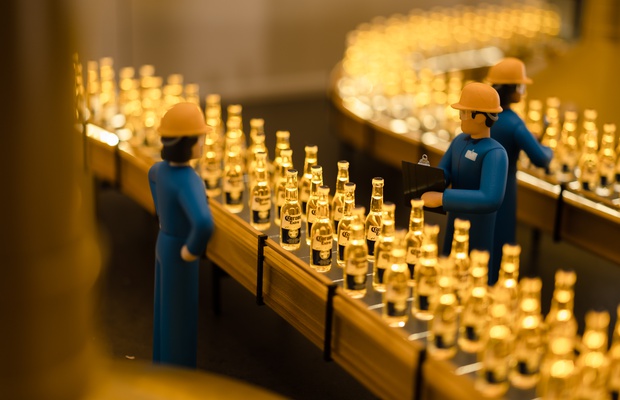 Corona may be Mexico’s most recognisable brand, with sales in 180 countries. In an epic stop-motion animation film narrated by Gael García Bernal, Corona shows how its history is entwined with Mexico’s.
'The History of ‘La Cerveza Mas Fina'', created in conjunction with creative agency Observatory in Los Angeles, is a Spanish-language campaign for the Mexican market. The production narrates, in four chapters, the deep-rooted relationship Corona has with Mexicans since its beginnings in 1925, shortly after the Mexican Revolution. It was founded by a group of bakers who decided to use Corona’s iconic clear-glass bottle so that everyone could see it was made with the finest ingredients.
Moving forward, during the golden age of Mexican cinema, the Corona Caravan brought culture and Coronas to every corner of the country. During the 80’s, even when the country was being hit by economic crisis, the brand began an ambitious export plan, which helped the Mexican name span the globe. In the final chapter, we see how Mexicans in the present have learned to turn obstacles into opportunities, tearing down physical and mental barriers.
“History says that we are made of the finest, and the finest never stops,”  García Bernal says in the 60-second video.
The campaign was inspired by the label on every Corona bottle: La Cerveza Mas Fina. “La Mas Fina means quality and craft. So everything we did in our campaign had to have the same craft as our beer,” says Clarissa Pantoja, director of Corona.
The visual inspiration of this history stems from the imaginary universe of renowned Mexican surrealist artist Pedro Friedeberg. His famous patterns and distinctive vanishing points, as well as the iconic 'Hand-Chair' in which García Bernal begins to tell the story, help this production tie into Mexico’s vibrant legacy of art.
“Corona’s story is a tale that reflects the spirit of the Mexican people,” says Todd Hunter, co-chief creative officer of Observatory. “To tell it, we were inspired by a medium that has captured Mexican history for centuries, its art, and brought it to life through a beautiful stop-motion film.”
The film was directed by Nicolas Ménard, produced and animated by London/LA based Nexus Studios. It took 24 images per second to give life and movement, all of which had to be filled with meticulously handcrafted sets and figures. The character models were designed at Nexus, then 3D printed and painted by Andy Gent’s team at Arch Model Studios whose credits include Wes Anderson’s ‘Isle of Dogs’ and ‘Fantastic Mr. Fox’ as well as Henry Selick’s ‘Coraline’ and Tim Burton’s ‘Corpse Bride’. 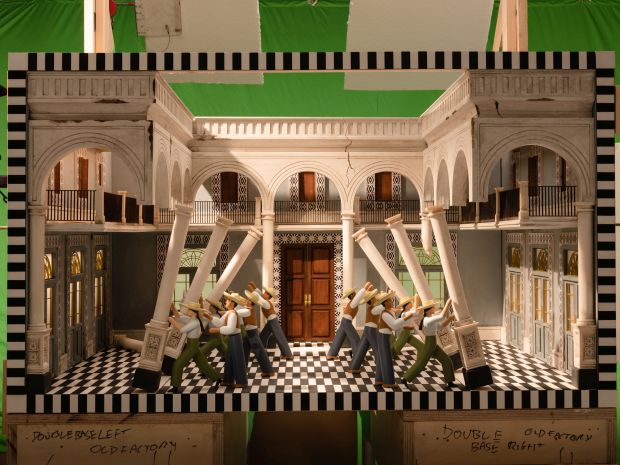 Eight miniature sets were modelled and created for filming, while 421 handmade miniatures were made, of which 71 were characters in the commercial. What's more, 350 replicas of Corona's iconic transparent bottle were produced and hand painted for this commercial. The highly detailed bottles feature bottle caps and printed labels, and were filled with agave syrup to emulate the unique golden liquid that identifies Corona.
The music is an original score by Bridget Samuels, interpreted by an orchestra of over 50 musicians in London.