The campaign showcases the 'hug shirt,' a first-of-its-kind innovation that allows loved ones to embrace virtually across the world 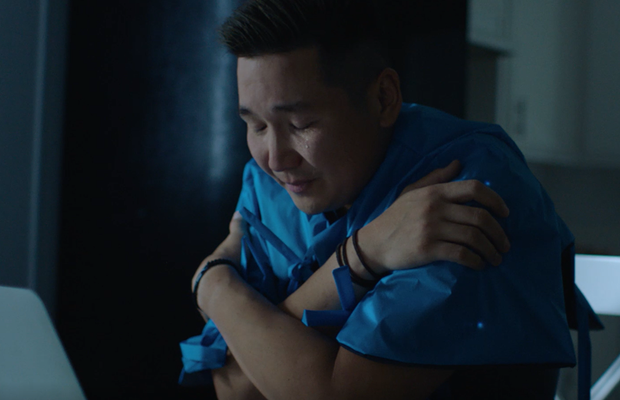 The last 18 months have taught us the true value of family and friends. As many of us return to our social lives and plan to celebrate the holidays together this year, Cox wanted to support those who continue to remain separated from loved ones.

Immigrants leave behind everything to start a new life in a new country: family, friends, language, culture and traditions. Fourteen percent of the US population are immigrants, and for those who are unable to see family, the separation is especially difficult.

This holiday season, Cox delivers an embrace to immigrants who are unable to visit their loved ones with 'The Hug Project.'

To do so, Cox and FCB partnered with a technology company, CuteCircuit, to manufacture a 'hug shirt' programmed to emulate a hug. Each hug is unique, giving those unable to visit family the opportunity to feel the touch of their loved one as if they were there with them.

The initiative follows three families who are separated across the globe. The first short film, released today, spotlights Azamat Andashov, who immigrated to America in 2017 to escape racial prejudice in Russia. While Azamat has created a new life in Los Angeles, he hasn’t been able to see his mother back in St. Petersburg since.

The campaign will run on broadcast TV, digital and paid social channels including YouTube, Facebook, Instagram and Snapchat. The second film will be released early next year.

“The Hug Project is about bringing people together through the power of technology,” said Rachel Negretti, director, brand strategy & new media at Cox. “With holidays upon us, Cox wanted to find a way to reunite families spread across the globe – unable to be together – and give them the ability to share a hug.”

The project first launched in June, bringing the immunocompromised closer to loved ones when contact was impossible. It is part of a larger initiative that Cox calls “The Connections Project,” directed at providing human connection where it’s needed most.

“In a category that typically prizes connectivity over connection, Cox is building something different,” said Andrés Ordóñez, chief creative officer of FCB Chicago. “Cox is bringing humanity to technology. It is beyond inspiring that through this initiative, sending a hug is as easy as sending a text. We look forward to continuing to create these true, human moments for those craving real connections.”