Having won a Future Lion almost ten years ago, AKQA’s Nicolai Smith explains to Alex Reeves the magic of the competition that he now plays a key role in 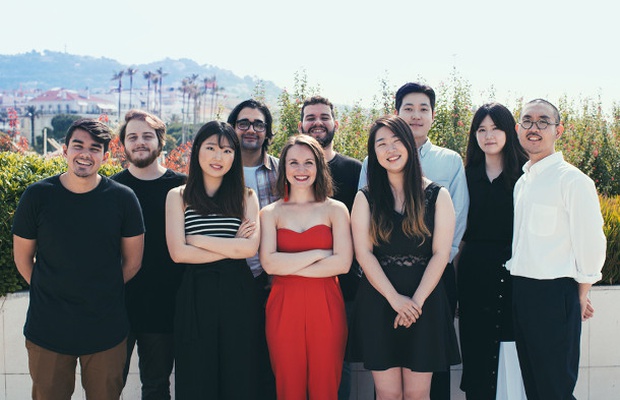 Since 2005 AKQA has been celebrating undergraduate creativity with the Future Lions – and challenging them to play with the very latest technology. The competition invites aspiring creatives to connect audiences using in ways that were not available three years before, which means that it’s an event that’s evolving at the speed of light. To put that into context, the year of the first Future Lions was the same year that the iPhone was launched.
This year’s competition theme, ‘Create Tomorrow’, explores how recent advances in technology are advancing the possibilities yet to manifest. The Future Lions judging panel selected five winning student teams that were celebrated on stage at the Cannes Lions International Festival of Creativity on June 21st. Each received the prestigious Future Lions trophy and enjoyed full access to the Festival. Alongside individual awards, the school with the highest number of shortlisted entries was also named Future Lions School of the Year, winning career workshops with AKQA international teams as part of their prize.
This year’s five winners played with technologies including Siri, Google Lens, Blockchain, AR, AI and Google’s Project Sunroof. After a record year of entries - 2,290 participants from 386 schools across 55 countries, including for the first time, South Africa, Sri Lanka and Malaysia - the winning teams (pictured above) came from Germany, the US and Brazil. Berghs School of Communication in Sweden was named Future Lions School of the Year.

Team: Junggle Kim, Chaeyeong Seo, and Cristina Marquez Barreto
School: Miami Ad School Hamburg; Miami Ad School Miami
Nicolai Smith, creative director at AKQA Paris was leading this year’s Future Lions programme. He has a personal passion for the competition. “We usually start right after we get home from Cannes, figuring out what we’re going to do,” he says. “You need to find time for these things besides normal work. But it’s so much fun to do. I love creating it.”
His relationship with the competition goes back almost to the start. He was one of the winning creatives back in the 2009 competition and has remained in touch with the people he met on his first trip to Cannes. “That’s the great thing about the Future Lions,” he says. “The winners stay in touch. It’s a community. And not only on the same year but across the years. It’s amazing to see how they bond over that little plastic Lion.”

Team: Emily Alek and Jingpo Li
School: Syracuse University, United States
Looking at the winning work in Cannes’ Palais des Festivals this year, he felt a pang of nostalgia for this formative experience. “It’s new and you’re young. Back then, I was 23. It was my first time in Cannes. You’re wowed by all this - the amazing creativity going on and all the people you hear about.”
Hanging out with 2018’s winners, he felt that same energy. “They couldn’t contain themselves,” he says.

Team: Felipe Latgé, Davi Correia, André Pico, and Bruno Buhr
School: ESPM, Rio de Janeiro; Miami Ad School, Rio de Janeiro
Since Nicolai won a Future Lion the initiative has had to react to the changes in the industry. “The world’s moving so much faster; we even had to change the brief,” says Nicolai. “Ten years ago it was connecting a brand to an audience with technology that wasn’t possible five years ago. Now it’s three years. We realised a few years ago that it’s moving so fast.”
The way young minds take new technologies and apply them to problems that nobody’s thought about yet - truly breaking new creative ground - is quite staggering, even to a innovation-minded creative director like Niclolai. “They sit down and work with blockchain technology, try to find a useful way of applying it, rather than just for money; they figure out how to work with technologies like Siri that the industry actually hasn’t thought about yet. I’m blown away.”

Team: Yerin Kim, Woo Jae Yoon, and Hyei Min Park
School: School of Visual Arts, United States
As the winners prove every year, there’s something about young people and technology that even the most switched-on digital agency veterans can’t match. “They grew up with [it]. Stuff like using Google has never been a choice for them. It’s just how it is,” says Nicolai. “It’s just a natural part of life. So whenever there’s new technologies coming out - blockchain or whatever - they just embrace it much better than older generations.”
Like anything tech-focused, there are trends each year. “You see these patterns,” says Nicolai. “There was a lot of AI this year, a lot of face recognition,” but he doesn’t mind this focus on the technologies themselves. “It’s become a little toolkit. They open the box like ‘what do we have that we can work with?’”

Nationwide - ‘Financed by the Sun’

Team: Alexandre Oliveira, and João Muri,
School: Miami Ad School, Rio de Janeiro
This year AKQA tried to extend the competition so it’s not only about ad schools. “We love ad schools and they should be a part of it but we also want to broaden it out so it’s much more than that,” he says. “So it’s about architecture, it should also be about industrial design and all these things.”
There was one winning entry - Financed by the Sun for Nationwide - that was more of a business idea than a tech idea, notes Nicolai. “The core idea was business. I think it’s one of the reasons why it won. It was a great example showing how we’re positively using creative in structuring businesses and services.”
When working with such new technologies, creating futuristic ideas, there’s a responsibility for the jury to kick the tires and make sure these concepts are possible in today’s landscape. “We see it every year; we call it ‘make with magic’,” says Nicolai. “We run it through a pretty hardcore tech check with our tech people to make sure it’s feasible. There are lot that are like ‘you click the button and this happens’ - how does it happen?
“There are also a lot of entries where the idea could possibly happen in three years, rather than the other way around. All the winners this year are 100 percent feasible. Some of them we had to check a lot. With Financed by the Sun we had to reach out to our business department in Italy and they ran it through a case to see if it was actually profitable. And they were like ‘this is actually cool.’ Then you meet the guys and they come from Brazil and they’re just happy chaps. It’s just nice to see.”
The latest cohort of Future Lion winners join over a decade worth of winners. “It’s a good strong list,” says Nicolai. An international network of creatives, AKQA is proud that 99 percent of them are now now employed by many of the world’s most respected creative organisations.
Once they win, Future Lions are hot property. After announcing the winners in Cannes last week, Nicolai saw this in action: “Just as we walked off the stage, the industry was rushing to the stage with business cards. It’s amazing to see how the industry is excited about it.”