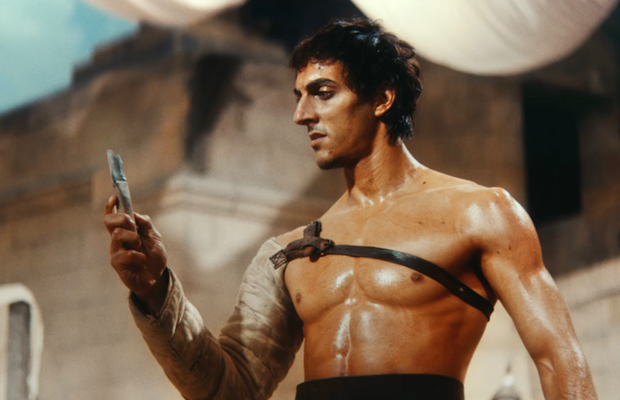 The Jif brand continues to make clear creative bravery is a top priority, with the launch of a new commercial titled ‘Gladiator School’ under the ‘That Jif’ing Good’ campaign narrative. Gladiator School features Jif’s unique creative showcase style, which is a smart blend of quirky, irreverent humour, bold, theatrical tone and cinematic craft. The 'That Jif’ing Good' campaign launch spots, 'Bunker' and 'Squirrel', have been noted as stand out creative in the CPG category.
Gladiator School once more illustrates just how far people might well go for the fresh-roasted peanut taste of Jif peanut butter, this time, at a gladiator training school in Ancient Rome, just a stone’s throw from the Colosseum. The spot pays homage to the epic style of the 1950s and 1960s Hollywood blockbuster films, with a spin on the classic tale of an overconfident student challenging his wise teacher…while casually introducing the easier and squeezier new pack, Jif Squeeze.
“We’re excited to unveil this extension of our 'That Jif’ing Good' creative campaign, which further illustrates the great lengths peanut butter lovers will go to enjoy the delicious taste of Jif peanut butter”, said Christine Hoffman, consumer engagement group lead at The J.M. Smucker Co. “The Gladiator School ad takes the campaign to the next level, showcasing in cinematic fashion that our latest innovation, Jif Squeeze, needs no utensils to be enjoyed by even the biggest Jif enthusiasts.” 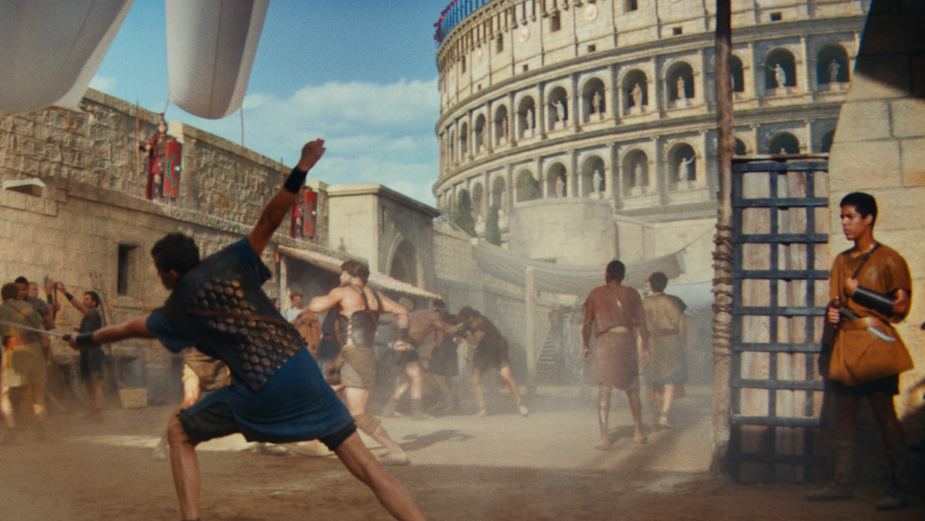 “The Gladiator School commercial further accentuates our creative leadership in the category”, stated Rebecca Scheidler, vice president, marketing of Jif. “Once again, we’ve blended the perfect mix of epic and irreverent, in a smart, entertaining and inviting message. We’re delighted to extend the 'That Jif’ing Good' campaign to our newest addition, Jif Squeeze.”
Gladiator School is created in partnership with Publicis Groupe’s Power of One solution, PSOne, a bespoke agency for The J.M. Smucker Co. PSOne introduced the 'That Jif’ing Good' campaign in late 2019 and the breakthrough #JifvsGif initiative in early 2020. The commercial was directed by Markus Walters from Reset in Prague. 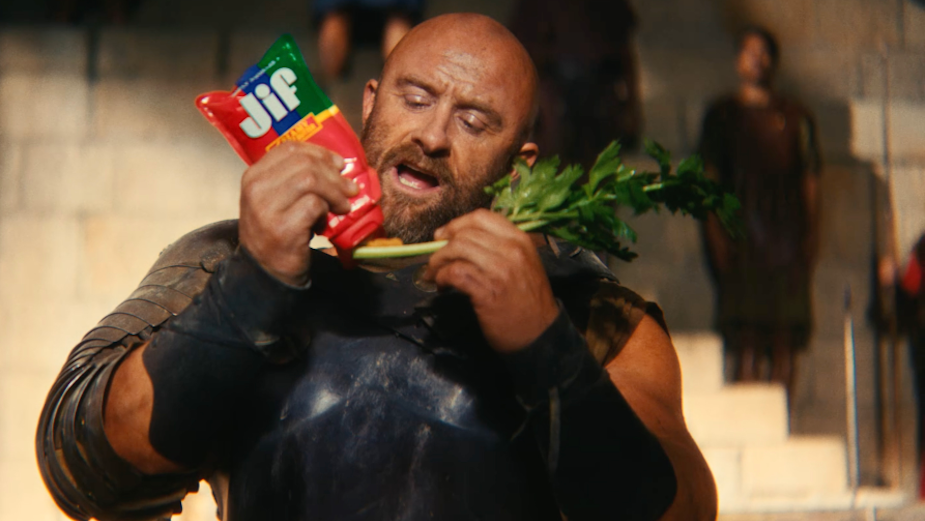 Chief creative officer, PSOne, Andy Bird, added: “A peanut butter you don’t need a knife to eat?! That’s a pretty epic innovation. And in the world of the That Jif’ing Good campaign, epic innovations are met with equally epic, yet somewhat absurd launch spots."