Before joining St Luke’s, they were creative directors at M&C Saatchi 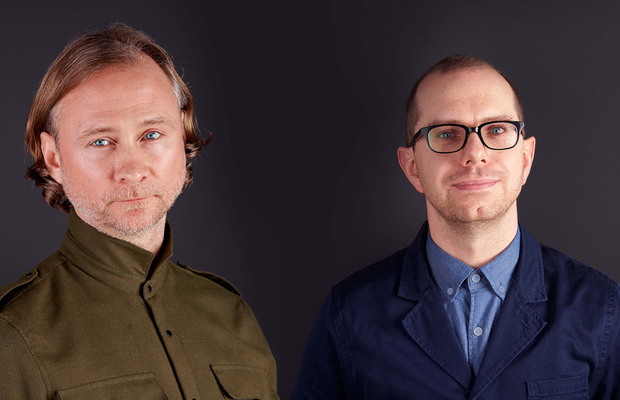 Independent advertising agency St Luke’s announces the appointment of senior creative team Phillip Meyler and Darren Keff. The highly awarded pair have worked with St Luke’s on a freelance basis to date, and have now joined permanently as part of the creative department.

Phillip and Darren have spent 15 years working together at some of the UK’s top agencies. Before joining St Luke’s, they were creative directors at M&C Saatchi, where their work included the ‘BetRegret’ launch campaign for GambleAware and ‘Shout Out to my Son’ for The Ben Kinsella Trust, an innovative knife crime awareness campaign that infiltrated underground radio stations.

Al Young, chief creative office says: “Phill and Darren combine big brand thinking with consummate attention to detail. Their headline-grabbing work with us on the global Dole account quickly proved they were a superb fit with the agency. Strategically focused and able to work at pace, we’re beyond proud and delighted that they have agreed to join us full-time.”

Phillip Meyler and Darren Keff adds: "It’s an exciting time to be joining St Luke’s as they continue to thrive after 11 pitch wins on the bounce. It’s a special agency full of brilliant people so we’re absolutely chuffed to bits to become part of the team. "

Phillip and Darren previous experience includes five years at Leo Burnett where they created big populist work for McDonald’s and more societal behaviour changing work such as the ‘Ban the Box’ campaign for Business in The Community. A series of interactive pre-roll films that confronted prejudice towards ex-offenders. The campaign was credited with being the first of its kind to use the ‘Skip Ad’ function and collected over 100 awards globally.

During this time they also produced a controversial front cover for Cosmopolitan that exposed Honour Killings. It featured a victim seemingly suffocating in the magazine’s plastic cover wrap to represent how she was murdered by her parents. The campaign resulted in the government declaring a National Annual Day of Memory for victims.

Prior to Leo Burnett Phillip and Darren worked at JWT where they went from Best Newcomers at Creative Circle to a Gold Lion at Cannes for Polo ‘Snow Stamp’. They also created a host of award-winning work for brands such as Vodafone, Smirnoff, National Centre for Domestic Violence and HSBC.

The new senior creative hires follow a strong new business run for St. Luke’s in 2020/21 with 11 consecutive pitch wins including Ocado, Gu, Daily Mail, Which?, Beavertown Brewery, South Western Railway, and a further KP Snack brand Butterkist popcorn. The head count at the agency has increased by 47% since the start of 2021.

Which? Urges Consumers Not to Be Dazzled by Sales Bargains and Prices with Winter Campaign