Creative is Native: “The Root of Irish Creativity Lies in Anti-Establishment Humour”

The Institute Of Advertising Practitioners In Ireland, Fri, Jul 16, 2021 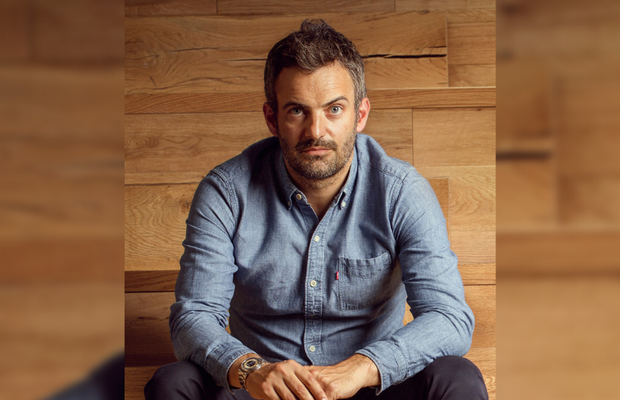 “Rory Hamilton is one of the key driving forces behind the Irish commercial creative industry. His recent global wins with Boys + Girls across prestigious international awards including Cannes Lions and D&ADs have propelled Ireland’s reputation further as Europe’s centre of excellence for creative advertising. His contribution to the creative industry is as impressive as it is exceptional.” Charley Stoney, IAPI, CEO

LBB> What was it like growing up in Ireland and what were some of the big influences on around you?

Rory Hamilton> Back when I was growing up… (looks around wistfully while smoking a pipe)... all this was just fields.  I grew up as part of a fairly large family and I’m a typical middle child, so the fight for attention was real from an early age.
In terms of influences, they were thin on the ground when I was young. Living in Wicklow we got a lot of TV that was in Welsh, which nobody spoke and was as they say: “Fel Rech Mewn Pot Jam” – as much use as a fart in a jam jar. But when SKY TV finally arrived we got The Simpsons which changed everything.

LBB> What do you think is the aspect of Irish culture or society that makes it most suited to creativity?

Rory> I’d imagine that the stock answer has a lot to do with “a rich history of storytellers” but I wonder, does it have to do with our role in Ireland as cynical outsiders? I think that at the root of a lot of Irish creativity lies an anti-establishment humour that’s brilliantly, often witheringly, cynical.
We approach problems from a different angle than other people, often leading to a non-traditional approach. I think this makes our work different, giving it an attitude. Part of it probably comes from our location, on the outskirts of Europe, historically dwarfed by a much larger market. It has meant that our work has to punch far-above its weight to be noticed. As a result nobody rests on their laurels, every piece of work has to fight for attention. And isn’t that what great work always does? It takes nothing for granted.

LBB> Can you tell us a little bit about what drew you to advertising and how you ended up in the role you’re in today?

Rory> It probably sounds stupid now, but I always wanted to work in advertising. I used to watch the ads on TV as a kid and try to rewrite them. I studied Philosophy and Psychology in University and since there isn’t a huge job market for philosophers, I finally found my way into advertising.
For a while I couldn’t get a job in creative so I took a job in my first agency in client service. I soon got found out, mind you, but by then I had learned enough about being a creative to put a portfolio together and to shop it around town.

LBB> What do you most love about your job as a CCO?

Rory> I have always loved creative departments. They’re full of cynical believers, people who are hopeful but somehow fatalistic, introverted yet over-confident, which as it turns out are my favourite type of people.
Creative departments have this energy which I think is essential to the production of great work. They act as their own quality control but also as a support network. It’s one of the things that I have missed most since the pandemic. Even just sitting in a creative department gives you an energy.
On the way up I never found anyone stupid enough to make me creative director of their agency so I wound up having to start my own.

LBB> Boys+Girls recently won an iconic Yellow Pencil and Graphite Pencil at D&AD for your radio work with Swim Ireland. What was your reaction to the win and what were the most memorable moments on that project?

Rory> Boys + Girls have had a great few months in terms of awards. Our first Yellow Pencil and our first Gold Cannes Lion, both for different campaigns. It’s great for the agency, proof in the work that so many people have put into both the ideation but also the crafting of executions. Neither happened by accident. However it also reinforces a theory that we have always had at Boys + Girls that while awards are great (ok, really great), I’d still rather we be judged by the average of our work rather than its peaks. Too many agencies focus only on the “special projects” that win awards like Cannes and ignore everything else. The aim is to make all of our work great, not a few well-chosen pieces that have been designed solely to win awards.

LBB> How would you describe the culture at Boys+Girls and what do you feel it is about the team that fosters great award winning creativity?

Rory> It’s genuinely tough to know what the culture of an agency is after 18 months apart. We try as hard as we can to keep this group of people together, to make it feel like a team even when we were all working from our homes. It might sound stupid but I think that we genuinely share a desire to do great work across the entire agency team, and we understand what’s required to get there. I think being an independent agency helps massively, as we can control our destiny, we can invest in those madcap ideas that would otherwise die. That genuine commitment to creativity rather than lip-service to it brings like-minded people together.

LBB> What have been some of your personal career highlights so far?

Rory> I have been really lucky to work in some great agencies with people who have gone on to have incredible careers. And nothing makes me prouder than to see creatives who work or even have worked in Boys + Girls go on to have success. I feel privileged to have been a part of their journey.
Outside of my own agency it has been great to work with other agencies through ICAD, or even on the board of ADCE, or to judge at festivals like Cannes LIA, or One Show.  Any time that you get to spend with like-minded creatives to broaden your perspective and inspire you is time very-well spent.

LBB> As an ICAD board member and former president, you must have a great understanding of the broader Irish ad landscape. What have been some of the biggest changes and developments in recent years? And where do you see it heading?

Rory> A lot changes, but lots of things stay the same. The Irish market has definitely had its eyes opened to the larger global market. We are getting more international work, and focusing on trying to improve our reputations by winning at awards like Cannes and D&AD. But there is still a long way to go.
I think the average standard of work still needs to improve massively. There’s a lot of shite out there passing as “culture” and I think the industry suffers from never having anyone to call it out. We don’t have a “turkey of the week” for example and I think the industry needs an alignment on what good looks like.

LBB> Is there any work that has come out of Ireland that you wished the world had heard more about?

Rory> It was great to see Rothco do so well at Cannes for their Saylists campaign. They seem to have really “cracked” Cannes, doing brilliantly year after year.
Wunderman Thompson Folk produced a brilliantly simple campaign against Domestic Violence for Vodafone that I think should have been awarded more. It’s beautifully crafted.

LBB> What exciting projects are you working on next and how do you hope to see your career develop in the coming years?

Rory> I’m not sure how many of them I can talk about. Boys + Girls is rapidly expanding into loads of new areas. We recently opened a content production lab, giving us a facility to shoot and optimise content for clients.
Bizarrely we have also moved into sporting goods, designing and producing a golf putter made out of humanium (a metal made out of seized firearms) proving that you never know where a good idea will take you. But I think that the latter half of this year will see a lot of focus on our experiential business. I think brands will be really eager to be back out in the real world among their consumers after such a long time apart.

LBB> What advice would you give to up and coming Irish creatives looking to take their work to the next level?

Rory> To treat everything as an opportunity. It can be tough for young teams to get a chance on the best briefs in any agency. But you’d be amazed how many great campaigns have come from projects that didn’t seem like much of an opportunity at first.
That and to try as much as possible to bring your work outside of advertising. Some of our best work has come from people brave or ambitious enough to take their ideas from traditional ads to produce film, or music, or books or even huge brand experiences for brands.

Creative is Native: “I’ve Always Loved our Ability to Make an Entire Story out of Nothing!”

Creative is Native: “It’s About Tapping Into Nuances, Lingo and Humour”