The Vancouver-based content and production studio has ambitious goals and a uniquely progressive philosophy, combined with the talent and track record to back it all up. To find out more, LBB went behind the scenes… 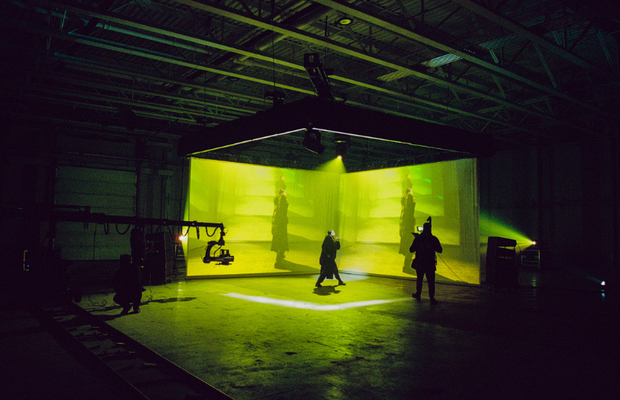 All great filmmakers have an origin story. For Boldly, a Vancouver-based content studio, founded on the principles of community building, creative accountability, and developing diverse talent, it all began with a simple question: ‘Why?’

“We all agreed that the world didn’t need another production company - rather, it needed a different one ”, says Geoff Manton, who, along with his sister, Shelby Manton and a high-school friend, Sebastien Galina, co-founded Boldly in 2013.  Three years later, Kristoff Duxbury joined the company as a Partner/EP. “He was a natural fit for our culture, and helped us further define our values as a company”, adds Geoff.

“We’d each experienced working in the film industry at entry level jobs, and had witnessed first hand the unhealthy work/life balance, in addition to problems related to the wellbeing of crew members”,  recalls Sebastien. “We wanted to be part of a movement to create a better vision for film production culture in Vancouver - and one that could appeal internationally, too”.

"We cut our teeth with our hands-on, ‘ultimate responsibility’, approach” explains Shelby Manton. “We learned by making mistakes and listening to feedback. That helped us build a "Boldly way" of production that’s founded on leadership through service and caring - not just about the work but also about the people.” Kristoff adds, “We knew we were doing something right when our crew members were commenting on how refreshing it was to work on a set where the producers put in effort to make their people feel welcomed, supported and valued. Which was surprising to us, because it is the only way we treat people”. Sebastien laughed, “I guess, in a way, our lack of formal training by the industry allowed us to stumble onto our own style of production - we call it Values Based producing”.

“Values Based Producing is putting people first, being intentional about inclusivity and diversity on the screen and behind the scenes, providing mentorship opportunities for young filmmakers, and holding space for creative collaboration,” says Geoff. “That will always be a benchmark for us. While we’re still learning how best to implement it in our productions, the recognition we’ve had from the industry so far has encouraged us to continue expanding our vision”.

“When we began, we had no contacts or credits to our name. We leveraged our strong values, hard work ethic, and critical creative taste to build Boldly from scratch. We have intentionally invested in stewarding relationships and building a community, which helped us grow organically ”, says Shelby.

“We build inclusive teams and take an empathetic approach to our work in part because of the effect you can visibly see it having on-set”, says Kristoff. “It’s a little intangible, but any filmmaker will tell you that there’s an energy behind every production. If the vibes on-set are divisive or clunky, it shows. We want the work we do to be compelling and impactful, and that doesn’t happen by accident - you need to build it from the ground up. That attitude has afforded us the chance to work on amazing projects, be they passion, paid, or both”.

“It's a win for our clients because the result is a high quality, cost effective production that is not only a positive experience for everyone involved, but they're often blown away by the results of what we can do - which keeps them coming back and helps us develop a lasting relationship”, says Geoff.

“Our perspective is fresh yet simple: we take care of our crew so that they can do their best work, and in turn, help us deliver exceptional work” says Sebastien.

And the wider industry has been taking notice. Since the company was set up, Boldly has celebrated wins at the YDAs, Kinsale Sharks, 1.4 awards, as well as scooping picking up four Vimeo Staff Picks - and being recognised as British Columbia’s ‘Best Company’ at the Small Business BC Awards in 2019.

By earning a reputation for running positive sets and producing high quality work, Boldly has attracted Directors to their roster who see the greater picture. “It’s important to us to build a diverse roster of directors that can bring new perspectives to storytelling and representation in commercial production,” says Sebastien, “There’s a clear imbalance of women and BIPOC directors, and as we grow, we hope to work with our partners across the industry to create avenues for their voices to be heard and work to be seen”. Shelby adds, “And there’s always more work to be done here.”

When it comes to creating work, Boldly has a holistic approach that incorporates both the commercial and creative ambitions of their directors. “We find that the directors which thrive in the commercial world are often those with a strong voice outside of that world, too”, says Shelby. “They will generally have no shortage of passion projects, and you’ll be able to see a through-line in all of their work. When you have a consistency of voice, creatives notice that and it gives them something to play with in the commercial world”.

A recent example of a distinctive vision coming to life has been Jordan Findlay’s ‘Love the Rain’. The spot carries an atmospheric, softly visceral and almost ASMR-like quality that plays out as a warm and beautiful ode to rainy days. “That was all filmed in and around Vancouver”, recalls Kristoff. “For the waterfall and mountain hiking scenes, we took advantage of the natural splendour on our doorstep. Certainly a benefit of living and working in beautiful British Columbia.”

Above: ‘Love The Rain’ by Jordan Findlay was shot on 35mm film.

The film’s timeless aura owes much to Findlay’s decision to shoot on 35mm film. “That comes back to the magic of filmmaking”, says Sebastien. “When you're shooting on film, you really get the crew, agency, and client excited and focused. You only have so many physical feet of film to capture everything, so it forces us to be strategic with how much we shoot. We spend more time planning every detail and collaborating across all departments to maximize every foot of film” There’s also a level of trust involved which adds to the electric energy you aim for on-set. It’s not right for every single project - but it worked brilliantly here”.

The thoughtful and meditative film demonstrates the quality of Boldly’s approach to filmmaking. The tone of ‘Love the Rain’, however, stands in stark contrast to the bombastic and exuberant Specialized Bikes ‘The Perfect Lap’, - which showcases an entirely different set of filmmaking skills.

“It’s such a pleasure to work with risk-taking agencies and clients”, explains Kristoff. “It allowed us to push the boundaries of visual storytelling here with old-age prosthetics, subtle VFX to enhance the visuals, and using mountain biking specific humour to genuinely resonate with the intended audience. Our approach was to put resources into a small tight-knit crew and the right equipment - capturing the action moments exclusively in the mornings and the evenings, resulting in the stunning shots that set this film apart ”

“The strongest productions are not measured just in the caliber of the story and quality of the film, but in the level of inclusivity and diversity in the array of talented people who are behind the scenes”, explains Geoff. “Film is a chance to spend a bit of time, however fleeting, with someone and maybe change what they might consider to be normal. That’s the possibility afforded to us as filmmakers - and it’s one we intend to take advantage of”.