Creativity Squared: Ben Wolan on the Unbridled Benefits of a Joyful Creative Process 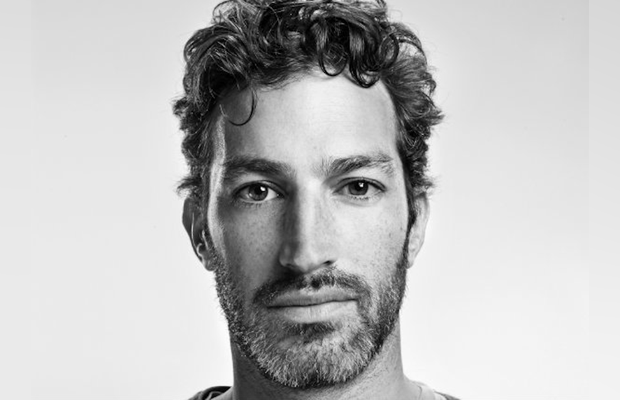 Ben Wolan is the executive creative director for DDB San Francisco overseeing all creative work from the agency and its roster of clients (he was recently joined by a partner in Eric Cruz). He also oversees the Miller Lite account in partnership with DDB Chicago. Before joining DDB, Ben served as creative director at Goodby Silverstein & Partners, running the Doritos and NBA accounts. Prior to GS&P, he worked at Droga5, where he created the ‘Day One’ Prudential campaign, which took home the Integrated Gold Lion at Cannes and was included in TED’s Ads Worth Spreading. Prior to that he spent five years at 215 McCann, where he helped create various award-winning pieces, including the seminal Halo 3 ‘Believe’ campaign, which earned every top honour at all the major award shows.
Get to know him and his approach to creativity a little better.

Growing up I would overhear my parents say to friends, “oh yes, Ben is a very sensitive boy.” I hated it. Was it really true? Why was I so sensitive? This was something I needed to fix. I needed to change this thing that was, apparently, at the core of my being. Of course, I failed at making that change. Fast forward decades later and, well, that’s probably still true to who I am. Over the course of childhood and adulthood I began to slowly embrace that part of myself, instead of trying to fight it. The gift of getting older is getting a better and better sense of who you are and learning to play to your strengths.
Now I’m able to harness that so-called sensitive part of my brain and direct it very intentionally. I also think vulnerability is a key part of the creative process. I like being open about things I’m uncertain of and working with others to solve them, and through that, I try to encourage others to be more open as well. What all of this means for me today as a creative is that I try to put emotion at the centre of everything I do. For personal projects I’m able to focus on emotions that I’ve always had a deep connection with, like nostalgia, for example. On work for brands the same thing is true. For a long time my work had a seriousness to it, sometimes even a little heartstring pulling. Lately, I’ve been able to work on more and more silly and funny stuff, which has been somewhat of a relief. Either way, my goal is always to hit an emotional note for the person experiencing the work.

The more interesting conversation around judging work, for me, is in the creative development process, versus judging produced work that’s already out in the world. For me there are only two ways I can fall in love with an idea.
The first is all gut, right up front. When I’m listening to ideas, I do my best to listen to the person sharing their idea with me for as long as I can before turning my attention, quickly, to how it makes me feel. Am I feeling delight? Is the idea stimulating new ones? Does it feel like a handoff in football, am I starting to take this to new places myself right there in the moment? This subconscious process is happening in a matter of half-seconds and I only have limited control over it, but it’s a process that has just developed for me (and I’d imagine most creative directors) over the years.
The other way is more of a slow, gnawing effect. There are ideas that might not tickle my frontal cortex but somehow endure in my mind. They just sit there patiently, holding a place until they receive some attention. Usually that attention comes in the form of a creative team coming back to me, still passionate about the idea but thought through even more. I try to stay open to this part of the process, which can be hard to do. But at times it’s resulted in work that I’m really proud of.

Everything we do in advertising is a highly collaborative effort. Any talk of someone being an auteur in this business is bullshit to me. Sure, the genesis of an idea can come from a single source, but it takes so many people to make it great (or make it not great) that it becomes a shared process every time. That fits into who I am quite well. I like people and I like collaborating, dissecting, disagreeing and debating. I love the production process because we’re lucky enough to collaborate with highly talented directors, designers, editors, etc. It’s a lot of fun to try to best conduct that orchestra of talent and keep your focus on the finished product. It’s also very hard to maintain creative integrity in such a complex process but it’s something I see as the core part of my job now. Having ‘vision’ isn’t about some lightning bolt of genius hitting you from the sky, it’s about navigating the creative journey in a way that allows for compromise within the process, without comprising the end result. However, sometimes you do lose sight of things and write a run-on sentence like I just did.

I think the most underestimated and underutilised force in creating great work is joy. I’m always attempting to create a process where, amidst the tight deadlines and gauntlet of approvals, we find moments to enjoy crafting ideas and getting them out into the world. I’ll be honest, it’s a constant challenge. It can be hard to find those moments to laugh within what can be an arduous process. And it can be fleeting. However, when I think about my favourite work, maybe even my best work, there was always a feeling of joy that I remember in the process. Sometimes it’s enough to just find that joy with just the creative team, but the real gold is when you get to experience it with the rest of the agency team helping position, sell and produce these ideas. Recently I’ve even seen glimpses of that creative joy with our clients (shout out to Miller Lite). This is a difficult, pressure-filled business, made even more so by the pandemic and all the chaos it has brought. I feel like our success, maybe even our survival, is tied to how much enjoyment we can have with each other, bringing our sometimes smart, often ridiculous, ideas to life. This is overly simplistic but, dammit, let’s try to have fun.