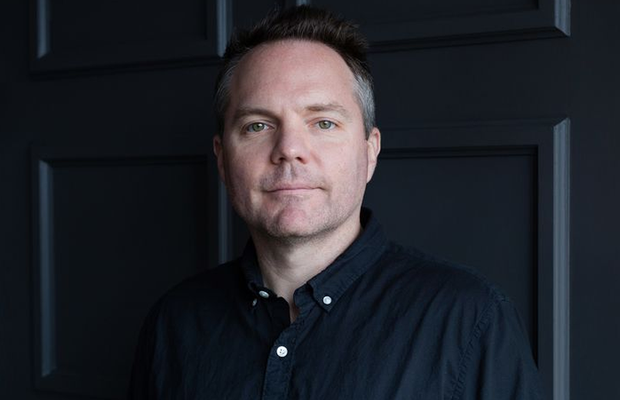 Mat Bisher is an Ohioan that isn’t quite sure how any of this has happened. The latest event in ‘this’ is that Mat was appointed chief creative officer of DDB New York in September.
Throughout his career he’s worked at global agencies like BBDO and McCann as an executive creative director, and has led iconic brands in almost every category including Microsoft, US Army, NY Lottery, Verizon, MasterCard, Chevy, Kroger, Lockheed Martin, Jose Cuervo, Staples and Nature Valley.
Whether it’s a global powerhouse like Microsoft or an iconic state brand like NY Lottery, creativity is the driving force behind everything he does. His Nature Valley Trail View platform was ranked one of the most-awarded digital campaigns in the world and he was included as one of Adweek's Top 100 creatives in advertising. His work has been recognised by Cannes, One Show, D&AD, Webbys, AICP, Clios, Andys, FWA, Communication Arts and is featured regularly on Creativity and Fast Company.
We dove deep into how Mat’s creative brain ticks in Creativity Squared, our psychology influenced creative profile.

My father is a retired Air Force B-52 pilot and professor, and my mom was a free-spirited poet so I think I have two very opposing forces in me that come together to create and judge solutions to problems. I tend to apply a very analytical lens at the outset of problem solving, and then go to a deeper place in search of a new way to think about something. I think it’s why I was attracted to the world of advertising – it’s a business but we employ creativity at every turn. Of the two forces creativity definitely plays the more dominant role in my life; it’s the constant nag in the back of my brain reminding me that something isn’t interesting or new enough.
What has been interesting as I’ve progressed in my career though, is to apply that same style of opposing force creative problem solving to every problem, not just coming up with ideas for businesses and brands. For instance, how do you staff a creative department? How do you build a culture? I find solving those kinds of problems really rewarding.

Making an assessment on creative work is a bit like when you are on a first date, making a judgement about that person. On the face of it, it seems pretty straightforward, but there is so much going on underneath the surface.
The first, and arguably the most important, piece is: is there a visceral reaction? Meaning, do you feel something? And that something could come in lots of emotional forms, but as long as you aren’t indifferent it’s worth sticking around.
Then it’s about all of the other decisions that happen either overtly or in a more subconscious place. Does this make sense? Is this what is needed? How will others perceive this? Is this unexpected? And some of these may even be questions that you try to not let yourself ask but usually in some way, large or small, they all matter.
Ultimately you make a call based on all of those factors, and hope that the decision you make doesn’t end up breaking your heart.

Making creative work is a contradiction in process. Meaning it is a constant state of very isolated private introspection bounced to very open shared collaboration. And that bounce between those two elements is what ultimately creates something unexpected and memorable if done right.
I do fundamentally believe that the germ of something truly new can only come from an individual going somewhere within themselves to a place that didn’t exist before. That’s the ‘creative’ in the creative idea. But that is usually just the beginning. In order to grow that idea into something bigger, smarter, more right for what is needed and more special, you have to share. By sharing with other people with different talents, skill sets and life experiences the idea starts to have a life of its own. It’s interesting to me that after the sharing has taken place, that bounce back to the individual’s thinking about the idea is actually returning to that private introspection, but now done at scale. They can build on it or shape it with their own creative thinking. Then it’s time to share again. And this process continues until the idea is fully realised or you’re out of time.

I mentioned my parents in the outset - genes and life experience obviously inform how I perceive and process creative work, but another huge influence for me was growing up playing sports. For years I would do a season of an individual sport followed by a team sport.
The individual sport did a ton of heavy lifting in teaching me foundational hard skills like discipline, focus and hard work. And the team sport taught me something that ended up being crucial for me in my journey of leadership - empathy. It may sound surprising but the reality is if you want to motivate those around you, it’s not about you, it’s about them. You have to really understand where individuals are and decide, if you were them, what would help get to the next level.
The key though is being incredibly clear for them what those steps are in making it attainable. People (especially creative people) respond emotionally to grand vision, but need a practical plan to achieve it; you need both. Vision without a plan is a waste of emotion and a plan without vision is a waste of time.

Keep It Scrappy: 5 Reasons to Think Like the Underdog in the New Year