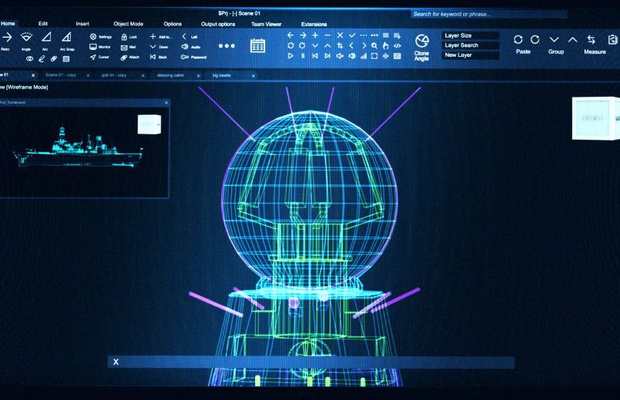 The Royal Navy has launched a new recruitment campaign, targeting the next generation of Royal Navy Engineers, created by Engine Creative.

The campaign called ‘Circles’ will run across VoD, online and social media and focuses on the mechanics of everyday objects to show that if you have a curiosity for how things work, you have the potential to be a Royal Navy Engineer.

The campaign film opens with the question: “Like knowing what makes the world go round? You could make it as a Royal Navy Engineer.”

The visually striking film features a sequence of circular objects that build from everyday items, such as a toy train track and a bicycle chainset, up to the high-tech machines that Royal Navy Engineers work with. Ultimately, channelling the truth behind the campaign, that ‘you may already have what it takes to be a Royal Navy Engineer – you just don’t know it yet.’

Paul Colley, head of marketing, recruitment & attraction at Royal Navy, said: “Circles, is a very different creative approach to the key task of capturing young people’s imagination, that they ‘might’ have what it takes to be a Royal Navy technician`. As part of the Engineering branch within the Royal Navy, there are multiple opportunities to develop skills and work all over the world. Engine rose to the challenge of looking at this opportunity through a different lens.”

Billy Faithfull, chief creative officer, Engine Creative, explains: “The Royal Navy specialise in turning curious minds into incredible careers, doing unbelievable things. Every tech-obsessed, gaming-crazed, bolt-nut would be mad to ignore the Royal Navy as a pathway to a richer life. Circles play into the codes of a new generation of tech and engineering culture, at the pace and energy they are used to consuming media in. A whole lot of fun in a very short time.”