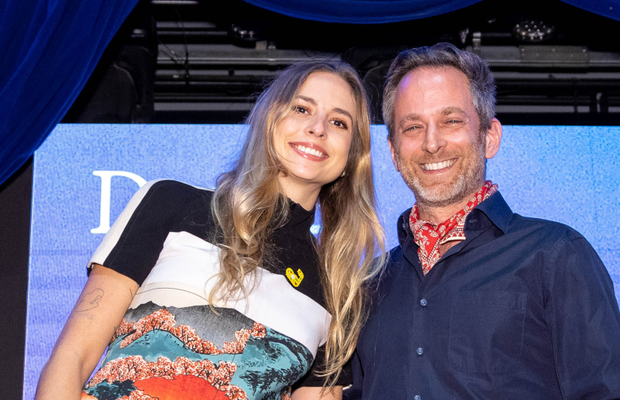 In addition to celebrating the full class of 32 winners from 14 countries  at last night’s Young Guns 19 awards ceremony in New York, The One Club for Creativity presented additional special recognition to two honourees.

Young Guns 19 winner Kiyotaka Mizukoshi, founder and president at Mozu Studios in Tokyo, received the Young Guns 19 Creative Choice Award. The accolade is the result of a public vote by the global creative community who reviewed work of all YG19 winners and picked the one they believe stands above all others.

Mizukoshi works in three different fields: stop-motion animation, miniatures, and trick art. He created his first miniature at the age of 17, and it looked so real that it went viral on social media and was featured on TV. His stop-motion animation "Out of Order" won the top prize at Digicon6, one of the largest film festivals in Asia. Mizukoshi hosted his first exhibition this past July and is still touring Japan.

Danaé Gosset, an animation director, art director, and designer based in Paris, was presented with the eight-annual Artist In Residence Award from international artists management agency and Young Guns sponsor Levine/Leavitt.

The honour is bestowed annually to a newly crowned Young Gun whose body of work truly stands out, as judged by an advisory board of industry professionals across a range of disciplines. As this year’s winner, Gossert receives a full year of professional development, guidance and mentorship from Levine/Leavitt to help advance her career.

She specialises in the craft of mixed-media moving images, and aims to make people feel in different ways through various cross techniques and powerful narratives. Gosset’s work has been recognised by organisations including the Art Directors Club, Type Directors Club, SXSW, D&AD, Graphis Annual, Indigo Awards and Adobe.

"For the past seven years, we’ve been proud to sponsor the Young Guns awards.  It thrills us to be able to cultivate the growth of artists, to champion those that are in the early stages of their career, and assist in hitting their professional goals,” said Liz Leavitt, owner, president, Levine/Leavitt New York. “It is with great pride and excitement that we announce Danaé Gossett will join us as this year’s L/L Artist in Residence. Whilst all the winners of this year's Young Guns awards are truly phenomenal, we believe Danaé talent is exceptional.  Her artwork and her accomplishments exemplifies what we believe Young Guns represents. We look forward to working with Danaé and experiencing successes together in the coming year."

The complete list of Young Guns 19 winners can be found here.

Young Guns is the industry’s only international, cross-disciplinary, portfolio-based awards competition that identifies today’s vanguard of young creatives age 30 and under.  Submissions were received from more than 38 countries and judged by a diverse jury of 88 top creatives, nearly half of whom are past YG winners.

This year’s winners were celebrated at the Young Guns 19 Awards party at Sony Hall in New York. The evening was hosted by Zipeng Zhu, creative director, Dazzle Studios in Brooklyn, and a Young Guns 13 winner.

All Young Guns 19 winners receive a unique version of the iconic Young Guns Cube, designed exclusively for this year’s incoming class, and have their permanent profile page added to the Young Guns website. Winners also receive a complimentary one-year One Club for Creativity membership, permanent membership in the Young Guns network, a chance to be featured in Young Guns events and an assortment of career-boosting opportunities from Young Guns sponsors.

This year’s YG19 branding and award are designed by Simon Chénier-Gauvreau (YG12), head of design at TUX Creative, Montréal. Themed “Bright Days Await”, the branding draws parallels between the bright future that Young Guns brings to a creative's career, and that of a post-pandemic world. The campaign features vibrant, bucolic visuals to create a lighthearted and reassuring feel.

The One Club for Creativity, producer of The One Show, ADC Annual Awards, Type Directors Club Communication Design and Typeface Design awards, Young Guns and Creative Week,  is the world's foremost non-profit organisation whose mission is to support and celebrate the global creative community. The One Show is a top global awards show for advertising, design and digital marketing, focusing on the creativity of ideas and quality of execution. Established in 1921, the global ADC Annual Awards are the world’s longest continuously running creative award for advertising and design, honouring excellence in craft, design and innovation. Creative Week takes place in May, and is the preeminent festival celebrating the intersection of advertising and the arts.