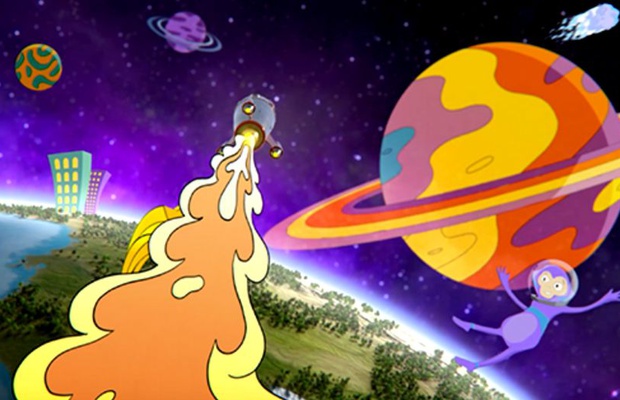 From a blooming jungle in your bedroom to eclectic planets and a floating space monkey, there’s no limit to your imagination when you’re a kid. Drawing on the liberating creativity of our childhoods, Georgia Lottery’s recent spot, We Do It For The Kids takes a vibrant mixed media approach to highlight the endless possibilities their educational funding provides for kids.
The fantastical ad is a collaboration between SLMBR PRTY director Morgan Gruer and creative production studio Taylor James. In this interview, Taylor James creative lead Jason Guerrero dives into the challenges and craft of animation, channeling child-like wonder, and why you can’t trust cats.

LBB> What was the brief from the client and what was your initial reaction to it?

Jason Guerrero> Our rep Simpatico brought the project to our attention from BBDO; we were excited at the opportunity to partner with SLMBR PRTY on this. The TVC would be a mixed media spot for Georgia Lottery, featuring children imagining new possibilities for themselves, thanks to the lottery.
SLMBR PRTY would handle the live action shoot, but needed a studio to animate the backgrounds, characters, and edit the spot. They were looking for animation that is fun and whimsical. We knew that the project would be a blast.

LBB> Can you tell us a bit about the creative vision and production process?

Jason> Our director, Morgan Gruer, had a really clear vision for the spot – it would tap into viewers’ childlike wonder and remind them of their dreams as kids. Morgan had worked with this kind of mixed media spot before and spots that feature kids. She knew exactly what she wanted, but also allowed us to create and experiment with animation.
We completed character studies of the bird and monkey, and developed the styles of the planets and flowers – every bit of 2D and 3D.  Animation has a lot of benefits – here animation was very much used to serve the style of the spot. It’s very fun and fantastical.
We worked continuously with Morgan throughout pre-production and during the shoot. In post, we put our animation on top of the footage. We went back quite a few times to fine tune the work.

LBB> How did you draw upon your broad skill set and diverse range of styles for this spot?

Jason> This is exactly the kind of creative project we get excited about; we love to mix styles and use our varied skills. A few different artists on our team put their touch on this. There’s some 2D and 3D, and we created the animation using Maya, After Effects, Houdini, Nuke, Photoshop and Painter 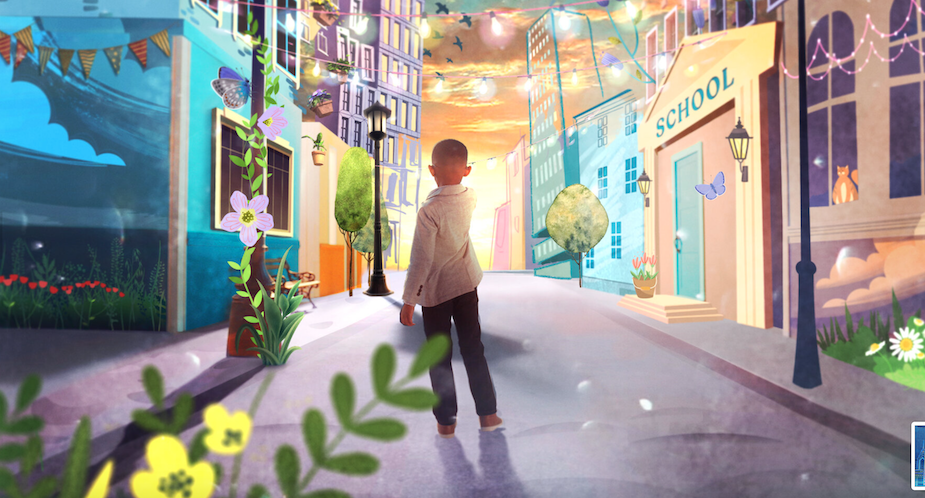 LBB> What was the process for the animation styling like and how did you land on the final style?

Jason> While Morgan had a clear vision, the animation was really free rein. Mixed media can be very specific, but also very broad. Having the animation add to the sequence, and mesh well with the footage, while retaining the quality of the footage is important. In order to make the animation feel like an integral part of the world, the various elements overlap and interact. The animation works to remind viewers of their own childhood dreams, and the expansive imagination one has in childhood. Because the spot is aimed at adults, people who can play lotto, the animation has an air of sophistication and elegance to it. The final style is vibrant and expressive, yet polished.

LBB > What were some of the challenges you faced during the project?

Jason> Sometimes, when you create your story boards and get a really clear vision during pre-production of what you want to do, challenges come up during production. In this project, we’d receive the live action footage, and it ended up looking a little different than what we’d envisioned during pre-production. Then, you need to pivot and adapt to what’s going on in the footage. Each bit of animation is influenced by the light, textures and camera movement of the live action. So, the only challenge was recalibrating and adapting to those moments. It’s all in service of the project.

Jason> The constant collaboration with Morgan really scratches our creative and collaborative itch. Collaboration is something we’re really excited by at Taylor James.
My favourite scene is definitely the space rocket scene. It really allowed us to bring all the different elements together (2D animation, 3D models, live-action tracking, etc), into a giant crescendo to end the spot. It's got dancing planets, a space monkey and a flaming rocket all in a single shot. It's not often we get asked to make a shot as eclectic as that.
Also, I desperately wanted to be an astronaut when I was a kid, so I applied to Space Camp, but you need a physical to apply so I had to get a blood test which then showed that my blood sugar was through the roof so I wasn't allowed to go. But later, I found out that the morning I had my blood test, my Mom had fed me a bowl of Metamucil instead of oatmeal for reasons that have yet to be fully explained to me, which skewed the results. Otherwise I would totally have been an astronaut by now. 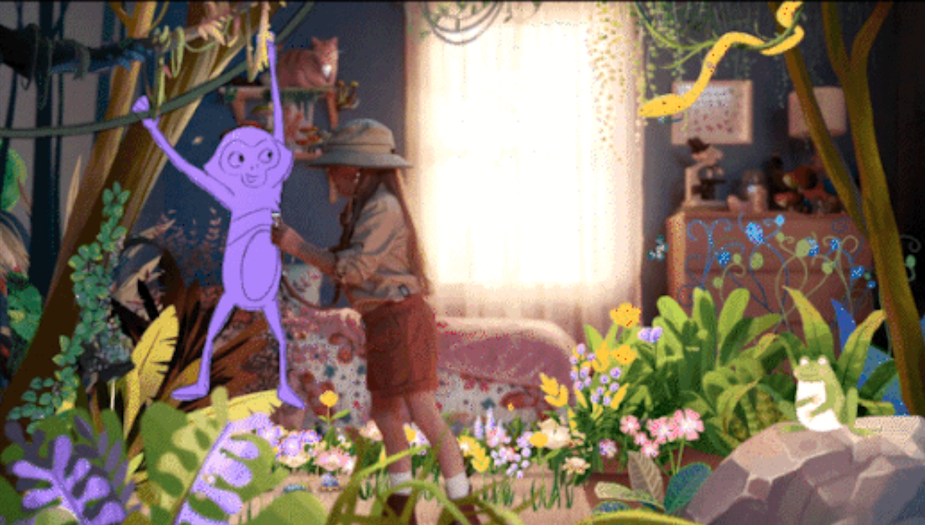 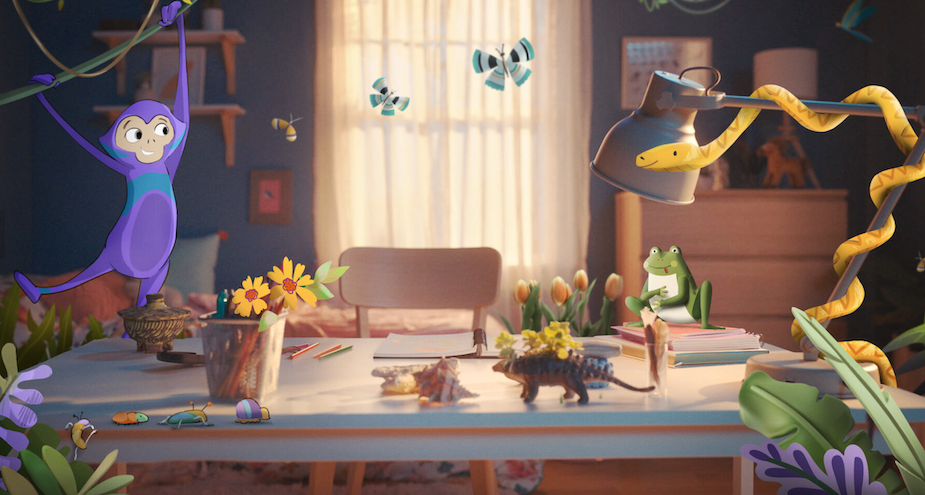 LBB> What was your reaction when watching the final film?

Jason> The final spot is really fun, and really has that spirit and imagination Morgan had envisioned from the start. The child actors are awesome. They really nailed the work, which is impressive when they’re in front of green screens and interacting with tennis balls. The whole spot comes together really well.

LBB> Any other interesting production insight you would like to add?

Jason> If you look closely, there's a cat that teleports throughout the spot from a jungle bookshelf, then to the right of the school door, and then suddenly to the left near the plant. Can. Not. Trust. Cats. 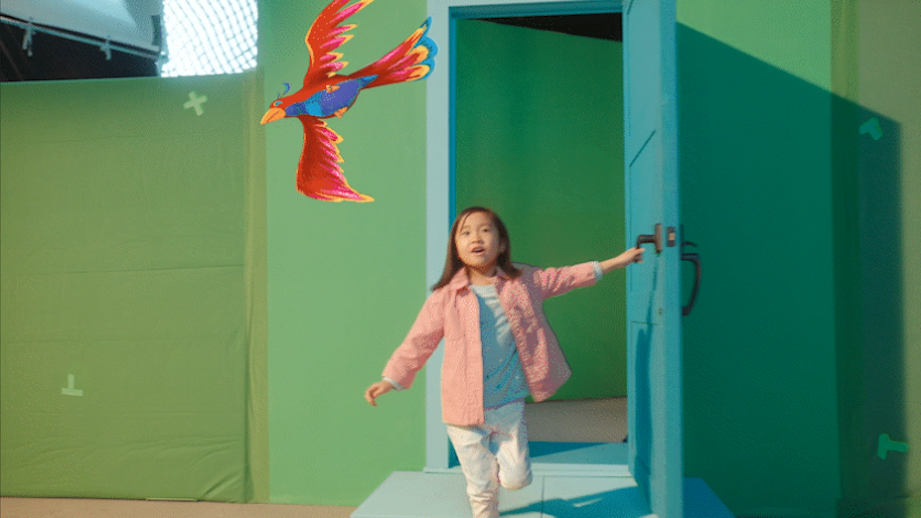