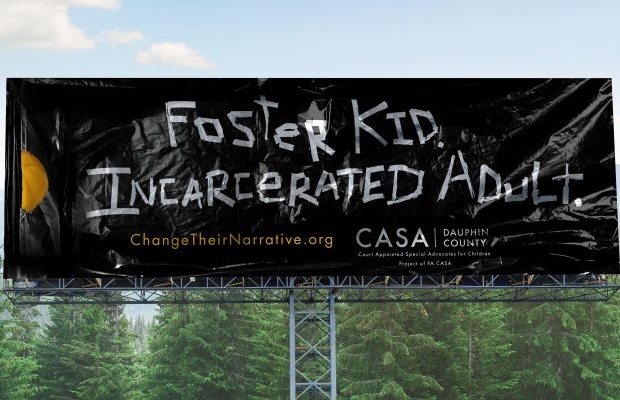 When foster children in Dauphin County, Pennsylvania grow up, 94% won’t earn a degree, 50% will be homeless, and 25% will get incarcerated. These bleak statistics are why a new, integrated pro bono campaign called 'Change Their Narrative' has been created by Pavone agency on behalf of Dauphin County CASA (Court Appointed Special Advocates) in central Pennsylvania.
CASA is the national nonprofit organisation that provides children in the foster care system with a personal advocate - an adult who helps ensure that they are safe, have a stable home, and have the opportunity to thrive. Personal advocacy is proven to help break the cycle of homelessness, unemployment and residual crime often affiliated with children in the foster system. 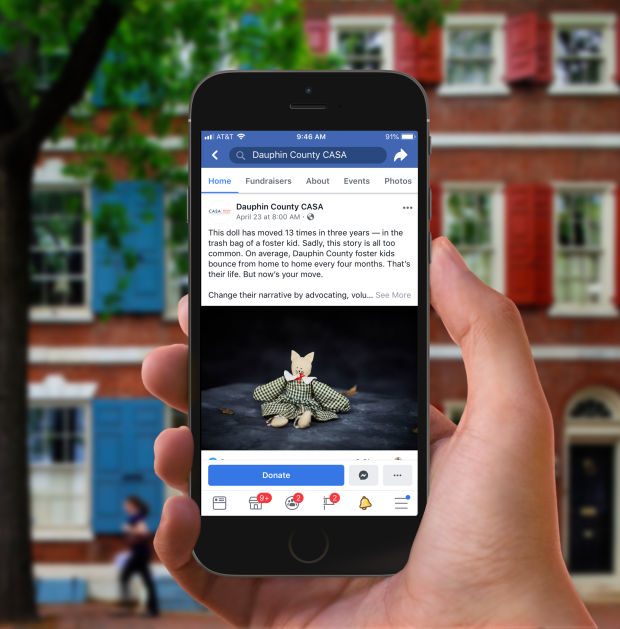 Pavone created the 'Change Their Narrative' campaign - using bold graphics, stark images and attention-getting statistics - to bring attention to the plight of Dauphin County foster children whose futures are in greater jeopardy without CASA. It includes PSAs for in-cinema, OOH, and radio, in addition to a website, social media, and special events. Two billboards featuring the campaign have been donated by Lamar, and local iHeart stations are running the radio PSAs.
Much of the campaign’s creative imagery depicts a foster child’s “suitcase” - a black plastic garbage bag that serves as the vessel for transporting their possessions on a moment’s notice when they are moved to a new facility or foster home. The image is the basis for a billboard design with copy that reads “Foster Kid. Forgotten child.”; “Foster kid. Homeless teen.”; “Foster kid. Incarcerated adult.” 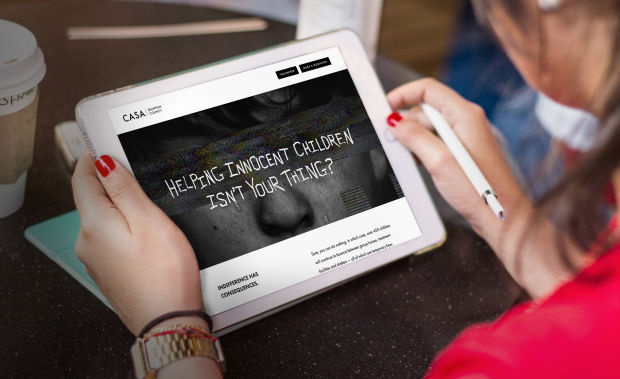 Grim statistics and stark imagery are also hallmarks of the video PSA, which opens on a black trash bag with children’s toys peeking through it. As the camera zooms in, children’s voiceovers are heard articulating various aspirations, such as, “When I grow up, I’m going to travel the world,” followed by an adult’s voice reciting the contrasting reality: “When Dauphin County foster kids grow up, 94 percent won’t earn a degree, 50 percent will be homeless, and 25 percent will get incarcerated. Unless we do something about it. Advocate, volunteer, donate for individual representation for foster kids at ChangeTheirNarrative.org.”
The campaign’s black trash bag-as suitcase theme was also reiterated when Pavone staged 125 of them at the Dauphin County Courthouse in April, at an event where volunteers, caseworkers, and county commissioners announced the funding goal for the new CASA program. 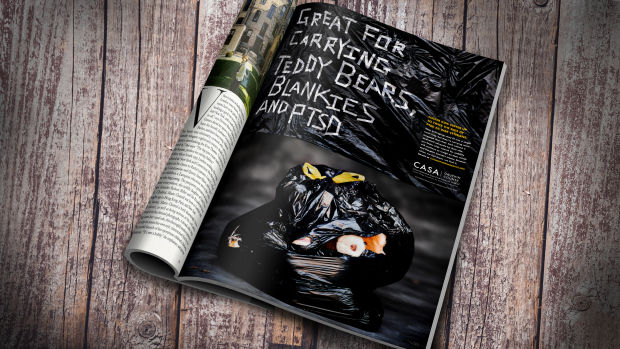 “Dauphin County has more than 500 kids who need CASA, among the country's highest,” said Lori Serratelli, vice chair of the board of directors for CASA Dauphin County. “We have raised $25,000 in direct donations, which Pavone can take a good deal of credit for helping us reach, and we still need $175,000 to sustain and staff an office and train volunteers to get the foster kids in our community the support they need.”
Of the commitment to provide his agency’s support, Michael Pavone, president and CEO of Pavone Marketing Group, said: “We are devoted to helping to make this change, and creating this important resource. We know that CASA doubles foster kids’ chances at finding a stable home, which, in the long run, helps to create more productive, well-adjusted members of our community. If now is not the time to change the narrative for them, then when?” 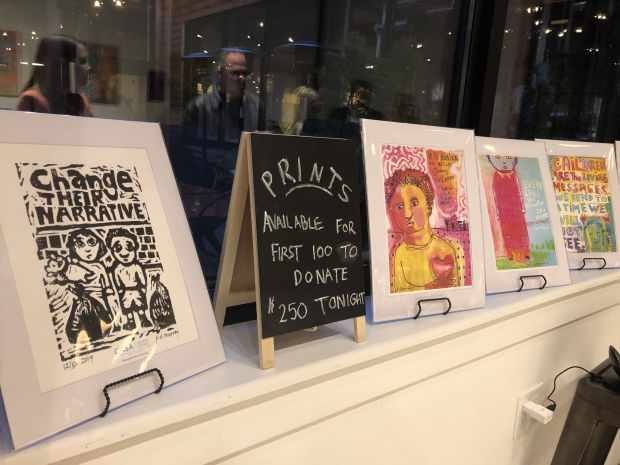 Since its March launch, Pavone’s 'Change Their Narrative' campaign has been credited with doubling the expected attendance at a CASA fundraising event, stimulating donations and helping to increase local awareness. Current plans are for Pavone to maintain the campaign in various forms until the $175,000 funding goal is achieved. For more information, visit the site here. 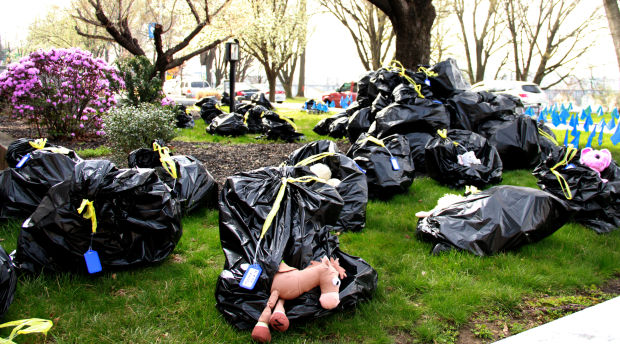