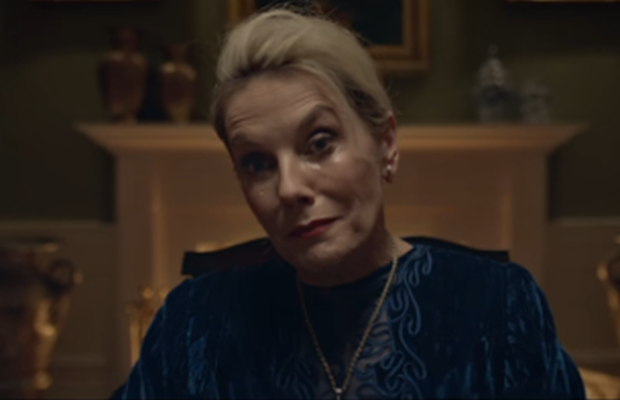 Today, Dairy Farmers of Canada (DFC) is launching a new campaign to get the nation to fall in love with Canadian milk by establishing it as the key ingredient in their favourite dairy products like yoghurt, cheese, ice cream and butter.

Developed by DDB Canada’s Toronto office, the integrated campaign debuts with the film The Dinner Party, which appears in cinemas, on television and online. The film opens on a tableau of an elegant dinner party frozen in time. The camera pans slowly down the table to reveal beautifully plated dairy products and static party guests with comically tragic facial expressions and glistening tears streaming down their cheeks.  The camera finds the head of the table, revealing the source of the guests’ distress, a toppled pot of cheese fondue projected to splash onto a man’s lap.

“Everyone knows spilled milk isn’t worth crying over, but it’s a whole different story if that milk happens to be Canadian,” says Paul Wallace, executive creative director, DDB Canada Toronto.  “In this campaign, we communicate the high quality of Canadian milk by showing different characters crying over spilled dairy products - because losing even a single drop of ice cream made with quality Canadian milk is a real tragedy.”

Scenes from the film are used to create arresting cinemagraphs and GIFs for social and digital out-of-home advertising.  Images of teary-eyed people crying over spilled Canadian dairy products also appear in print, transit shelter advertising and a station domination at Toronto’s Union Station.  The campaign launched on January 16, 2017 and will continue across English Canada for 12 weeks, with Initiative responsible for media buying and planning.

All campaign elements direct consumers to www.qualitymilk.ca where they can learn more about DFC’s high standards and commitment to providing quality Canadian milk. The site page was designed and developed by Tribal Worldwide Canada with Mirum responsible for web platforming and deployment.

A national media relations and influencer program by DDB Public Relations also commences this month and focuses on educating Canadians on the quality aspects of Canadian milk.

The new campaign is the first consumer communications to include DFC’s new certification and consumer marketing logo created by Karacters Design Group. The logo is part of a new brand conviction strongly reaffirming that dairy farmers believe in the power of dairy to give Canadians a healthier future.  Inspired by the simple, natural purity of milk and designed to be eye-catching and straightforward, the new logo makes it easier for consumers at grocery stores to identify high quality dairy products made from Canadian milk.