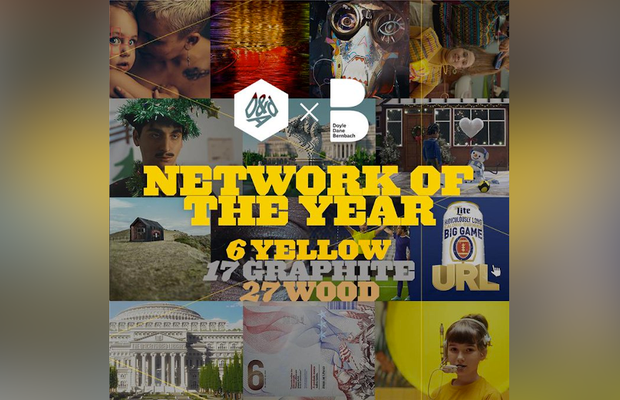 D&AD, the worldwide non-profit organization that celebrates creative excellence in design and advertising, has named DDB Worldwide 2021 Network of the Year. The honor is given by D&AD to the network whose agencies have received the most cumulative awards points won across all disciplines of the show.

This year, the DDB global network was recognized at D&AD for 50 Pencils and 35 shortlists across 12 offices, including 6 Yellow Pencils, 17 Graphite and 27 Wood. DDB’s work for The Uncensored Library was the network’s biggest winner with 8 total Pencils, including 2 Yellow Pencils. Africa, the DDB network’s agency in São Paulo, won a total of 16 Pencils, including 8 for House of Lapland’s Salle 2032, ranking them third in the D&AD Agency of the Year standing.

DDB Worldwide Global Chief Creative Officer Ari Weiss said: “Creativity helps us make sense of the world we’re living in. This year needed a lot of making sense of. A huge thank you goes out to our entire global family for channeling so much chaos into so much creativity. It gives me so much hope for our industry and humanity.”

DDB Worldwide Global CEO Marty O’Halloran said: “We are thrilled have been named D&AD’s Network of the Year and to see this level of creative acknowledgement across 12 of our global offices. This creative momentum further fuels our belief that creativity is the most powerful force in business.”

The D&AD Awards exist to identify the world’s best creative work of the year, to elevate it above its context onto the global stage to inspire the international creative community to learn, grow, and set new benchmarks for creative excellence.