Jonas Lindstroem directs poetic film expanding the meaning of 'I do'. 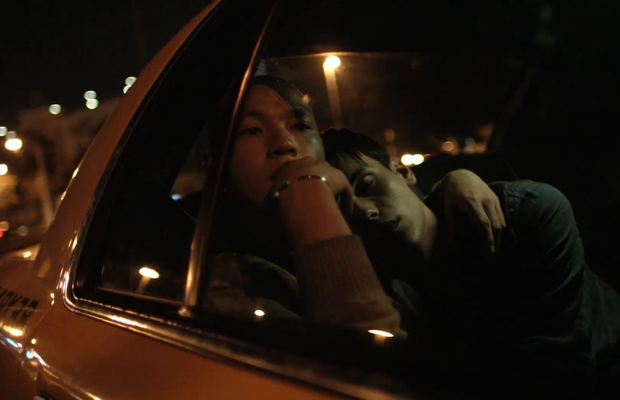 DDB Paris was selected by luxury diamond brand De Beers to create its new global advertising campaign. Produced by Iconoclast and helmed by the director and photographer Jonas Lindstroem, the new campaign is about expanding the meaning of the two iconic words ‘I do.’ in a powerful, authentic and unexpected way. ‘I do.’ embodies today’s new generation, committing not only to timeless wedding vows but also to all the things they believe in, expanding their meaning to stand for personal pledges of all kinds: to love, friendship, family, society, nature and more.

Jonas Lindstroem, campaign photographer and director, said: "What I loved most about the concept is the simple, yet progressively modern approach to what it means to commit to something in today’s world. Using the history of the brand to shine new light on the idea of saying yes – to somebody, for something, to yourself. Breaking with traditional thoughts. Showcasing diversity and new ideals. Embracing love as something that is beautifully manifold and free in its meaning, as long as it means something to you. It was a joy to translate that into moments that we wanted to feel genuine, alive, tangible, and real. Scenes filled with real characters, emotions, feeling. Protagonists that tell a story - real moments caught on film and photography."

"We really wanted to give a bold and unexpected twist to the idea of commitment. We wanted to connect with the modern generation on a more personal and emotional level. It was very important for us that the images feel authentic and genuine," explains Alexander Kalchev, DDB Paris’s chief creative officer.

The poetic and moving multi-channel campaign, consisting of a 60 and 30-second film and a series of prints, which was also extended into digital and outdoor formats, is shot mainly outdoors, in forests, in open fields and by the sea. It embraces diversity in its casting, both via couples and individuals, and in the commitments it represents across a variety of vignettes. The campaign aligns with principles that sit at the heart of De Beers and its wider global community: innovation for good, inclusivity, and protection for the environment and its people. Messaging is centred around topics including staying true to oneself, not compromising, fighting for one’s beliefs and celebrating nature.

The campaign features a wide range of diamond jewellery from across its two Houses, De Beers Jewellers and De Beers Forevermark, as symbols of these promises – particularly meaningful because of the company’s own commitments to sustainability and responsible practices. In an era where the ethics and values of both consumers and brands are paramount, ‘I do.’ also means action and purpose. By wearing De Beers diamonds, people can use them as talismans: for individual and collective acts of intent, towards a better, brighter future.

Colby Shergalis, senior vice president, brand marketing, De Beers, comments: "It was inspiring to partner with DDB Paris on the development and production of our new creative campaign, which marks a fresh, exciting and modern chapter for our brand. For more than a century, De Beers has been helping people express their love and commitment to one another; with this campaign we are expanding the meaning and relevance of two iconic words , and the diamond jewellery that represents them, in a powerful and unexpected way for a new generation."