Deadly Spot for Ladder Life Shows How Its Insurance is So Good, You'll Wish You Didn't Have It 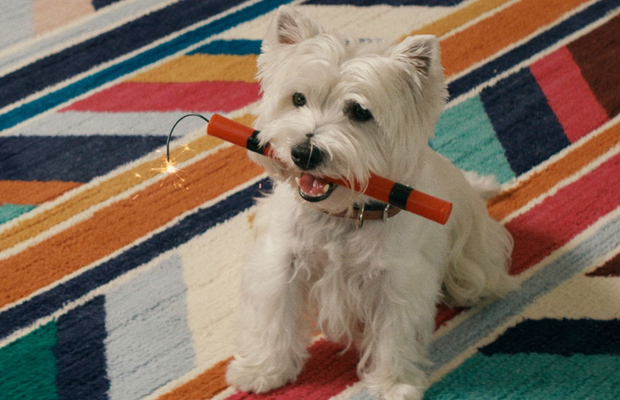 Ladder, the company offering flexible life insurance in minutes, is announcing the launch of its first brand campaign on the heels of a $100M fundraise.

Developed in partnership with AdAge’s 2020 Newcomer Agency of the Year FRED & FARID, and directed by award-winning director and costume designer Casey Storm (of Spike Jonze and David Fincher credits), Ladder’s 'So Good' campaign is built around a unique consumer insight: almost one in two couples with life insurance joke about taking each other out for the pay out, according to a recent survey of 3,000+ respondents.

Centring on a family who has booby trapped their home, the spot shows Dad expertly navigating his normal day-to-day of dynamite sticks and children’s archery bows, all the while lovingly humouring his very 'creative' family. The commercial feels immediately relatable, yet completely unexpected. It is that combination of familiarity and surprise that enables the brand to cut through the noise in a unique way.

“So Good is everything we were looking for: it’s memorable, it’s relatable, but most importantly it’s different.” said Olivia Borsje, VP of marketing at Ladder. “Taking a fresh, innovative approach to advertising helps signal that our product is fresh and innovative too. The brand promise is incredibly strong and resonates with a generation of consumers that feels like life insurance wasn’t built for them.”

"It's rare these days to have a client that fights for a brave creative idea as much as the creative team. You can't help but dedicate yourself to their success,” said the team from FRED & FARID Los Angeles.

“The concept made me laugh out loud. I felt like it was comical, bold, and distinctly unique in advertising,” said Casey Storm. “It was an opportunity to make a short film that would be watchable and re-watchable, and would make the viewer laugh. I wanted to make life insurance more relatable and less overwhelming.”

Ladder’s mission is to redeem life insurance for digital consumers — making it as accessible, affordable, and beloved as it should be. Part of it means facilitating the conversation around life insurance, which can feel intimidating. By reflecting back their own humour, Ladder empowers viewers to crack open that conversation in a way that feels familiar.

Ladder’s 'So Good' spot is now live across the country on TV networks and streaming platforms, including Hulu, Roku, and Tubi.