Defining ‘Production Proper’: “In-house And Out-of-house Are Restrictive As Concepts”

McCann Worldgroup Chief Production Officer EMEA Sergio Lopez on adapting to thrive, producing in the pandemic and why he wouldn’t describe CRAFT as ‘in-house’ 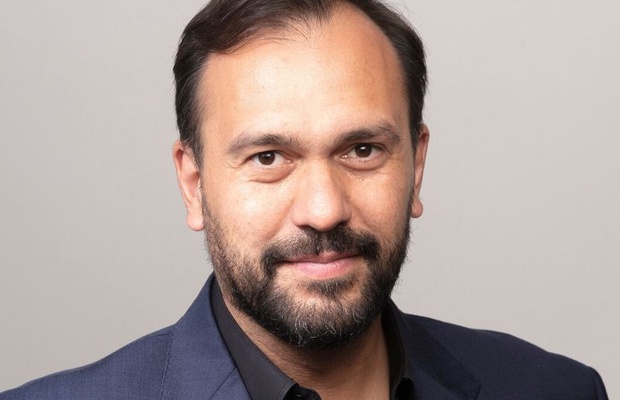 “Production can be your friend, or it can be your foe. It can help you, or it can hinder you. We know how to ensure it’s the former”.
Sergio Lopez knows advertising. In his near two-decades in the industry, the production guru has worked across countries and continents for some of the world’s biggest agencies, and counts the likes of Coca-Cola, Microsoft and General Motors among his portfolio of clients. Today, he can be found heading up CRAFT across Europe, the Middle East and Africa as chief production officer at McCann Worldgroup. CRAFT being the in-house production outfit at McCann Worldgroup whose approach has been revolutionised since 2016 when Sergio joined, making a significant contribution to the network’s current growth and success since Sergio revolutionised its approach in 2016.
Formally established in 2002, CRAFT now comprises 1,300 ‘creative makers’ on its staff, located across 120 different countries. The creative production behemoth has swept up over 400 awards in the past five years, notably including a Cannes Grand Prix for its work with Microsoft’s Xbox.
Talking to LBB’s Adam Bennett, he says the secret to the company’s success has been in championing what Sergio describes as ‘production proper’. It’s an approach that has brought about some of the best work to be seen since the industry was disrupted by Covid-19 two months ago, including eye-catching projects for Just Eat, L’Oreal and IKEA.
“Simply put”, explains Sergio, “‘production proper’ is the art of ensuring that your production processes have been built in a way which allows the best creativity to flourish. It is, for example, the reason we were able to turn around our campaign for IKEA Spain in four days under lockdown”.
Above: McCann Madrid has drawn international acclaim for its #YoMeQuedoEnCasa (I Stay Home) campaign for IKEA, created from stock footage.
“When you have a situation like Covid”, says Sergio, “everything can feel like chaos. And when you haven’t been doing the diligent things like making sure you have your talent under contract, ensuring control of your assets, it spirals into a logistical nightmare. And the true disaster is how catastrophic that can be for creativity”.

Creativity Is The Difference

Being linked intrinsically to McCann, CRAFT is able to lean on some of the planet’s strongest creative minds. For Sergio, that link has been an invaluable part of their success. “Creativity drives everything we do”, he explains. “When we start work on a project, it allows us not to see it as a set of boxes we need to tick, but rather gives us the confidence and vision to think outside the box for the best solution depending on the client”.
Creating a strong creative culture is the backbone to CRAFT’s ‘production proper’ philosophy. “In production, you of course need that thing which is your USP, your special sauce”, notes Sergio. “For us, it’s our process. We spend a great deal of time writing it up, documenting it and making sure everyone on our team is invested in it. It helps us ensure that we’re a truly creative production agency”.
At the top of the market, where the biggest brands spend millions on the best tech and the best media placement, all that is left to set them apart, says Sergio, is creativity. “Creativity is what differentiates you. It’s what brings your brand to life and tells your story in a way that sticks. That’s why everything we do, all of our attention to detail and our ‘production proper’ approach, is designed to maximise creative potential”.
For Sergio, this dedication to getting things done in the right way is rooted in a reaction to his formative experiences in the industry.
“When I first started twenty years ago in Spain”, he recalls, “you could maybe say it was a bit like the wild west. Behind everything was an attitude of ‘let’s just get it done’, which of course led to sloppy work. However, I’ve also seen what a great production process can do for a campaign. When you get it right, production has the power to lift creativity. And of course, without production, the best creative ideas end up on a powerpoint. I think we need to get that grasp of how important production is, in order that we can do it to the highest standard”.

Another aspect to ‘production proper’ is a strong sense of adaptability - knowing that the kind of work being done on a Monday might not be the same by Friday. As an example, Sergio points to the success of McCann’s recent work for L’Oreal on Instagram, featuring Eva Longoria.
Above: Eva Longoria uses her phone to film a promotional video for L’Oreal on Instagram.
The ad garnered acclaim for its innovative approach to working under lockdown restrictions. Despite being confined to her own home, Longoria, McCann Paris and the CRAFT team were able to produce work that felt real and had a value to its audience. But the company’s ‘production proper’ approach helps keep its feet on the ground.
“We were very proud of the work we did there”, notes Sergio, “it reflects our ability to make authentic content that resonates in the daily lives of consumers. It doesn’t mean that suddenly every campaign we do needs to be filmed like that, or the future of advertising should be celebrity-focused. It’s something that worked for that campaign, at that time, for that product tapping into a meaningful role for the brand in people’s lives. And we’ll take the same approach into the next campaign. When it comes to the best way to create your work, it’s all about maintaining a balanced production diet.
“In just a few years we’ve gone through people saying ‘if you’re not on vine you’re dead. If you’re not on Snapchat you’re dead. If you’re not on TikTok you’re dead. Adaptability is a must.”
That adaptability stretches across every aspect of what Craft does, including its approach to collaboration with talent from outside the McCann ecosystem. “There is no one set rule”, Sergio explains. “‘In-house’ and ‘out-of-house’ are restrictive as concepts, and you are missing a lot of tricks when you don’t look at it in a more holistic way. There are some projects that benefit from proximity, and that means you might need people from out-of-house to come and work in-house. Sometimes you need to connect people from different worlds in the same place”.

As the industry begins to consider a post-Covid landscape, the inherent professionalism of ‘production proper’ is something that will motivate more people, argues Sergio.
“For years I think we have seen a culture of cutting corners and doing things on the fly emerge, in order to get campaigns out to market in a very reactive world”, he explains. “But now the shit has really hit the fan that model’s inadequacy has, I think, been exposed. In the near future I believe people will value certainty, professionalism and reliability. That’s why I think they will value ‘production proper’”.