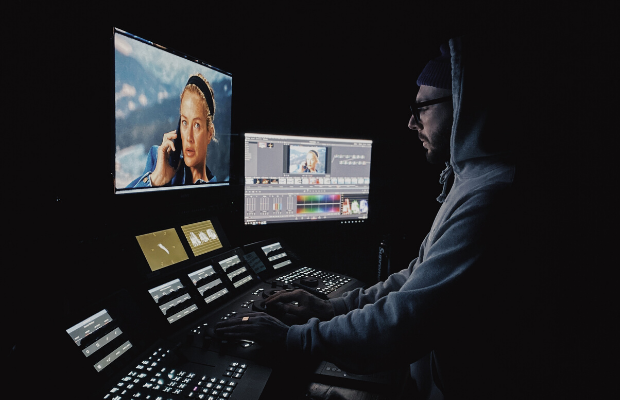 Having been brought in last year to expand the offering at Blacksmith, Mikey Pehanich has been spearheading the New York based visual effects studio’s venture into colour grading. With years of experience in the industry, Mikey has a number of high-profile campaigns under his belt, for brands such as Footlocker, Smirnoff and Miller Lite with directors including Ringan Ledwidge, Rupert Sanders, and Markus Walter.

Here, Mikey talks about how he got into grading, his career highlights, and the beauty of being a colourist.

Q> Where did your passion for the industry come from?

Mikey> I grew up in and around Chicago and like many teenagers, I spent most of my free time watching skate videos with my friends, trying our best to replicate them. It was those early days that made me want to make films.  At fifteen, I decided to pick up a camera and never looked back.

Q> And how did you get into colour grading?

Mikey> Honestly, it feels like I’ve hit the lottery with my career as a colourist. I didn’t even know what colour grading was until about eight years ago. Good friends of my sister, Mike Cioni and Ian Vertovec opened Light Iron in 2009 and that was my first exposure to the post industry. From there I met Randy McEntee, former Head of 2D at The Mill Chicago, who really helped guide me on my path to getting into colour. As an assistant, I trained under Luke Morrison who mentored and taught me the technique, the craft, and what it means to be a colourist. I worked alongside Luke for a number of years and his guidance and support was a key factor in the success of my career.

Q> What do you most love about it?

Mikey> I consistently feel like my work is evolving - I love that no two pieces look or feel the same. It reminds me that I can never get too comfortable with the quality of work I’m doing and to always look to the future to push the boundaries - whether that is the craft or the technology that enhances it.

I also love the collaborative part of the artform. Helping my clients convey a certain feeling or emotion through colour, and the relationship formed in the process are the most rewarding aspects.

Q> What drew you to NYC/Blacksmith?

Mikey> NYC is a hub for all creative industries and the energy that is ever present here has always been a draw for me. Blacksmith is like a microcosm of that culture/ethos. To be able to work alongside such a talented and passionate group of people, all while living in a place with no boundaries makes for a truly amazing combination that I am so very honoured to be a part of.

Q> What have been some of your highlights at Blacksmith so far?

Mikey> Finding a home at Blacksmith with people who share that same passion and drive to make beautiful pictures while enjoying some good banter along the way is irreplaceable. I couldn’t be more excited to be a part of the future of Blacksmith. The entire experience of being here has been a highlight.

Q> Which projects are you most proud of and why?

Mikey> Never an easy question! I’ve been fortunate to have worked on some incredible pieces over the years. Smirnoff’s 'Redacted' with Rupert Sanders and Jess Hall was a stand-out project for sure. It was a privilege to work closely with Jess who has shot some iconic commercials/films. The creatives, Hugo and Dean, who were fully involved along the way were very supportive of the decisions made by Jess and I, which made for a lovely collaborative process.

Similarly with director Ringan Ledwidge on Miller Lite’s 'Followers' - the process was highly collaborative and it was amazing to bounce ideas off each other.

The list goes on: Foot Locker with Markus Walter, the most recent Mercedes with Adam Berg and Pat Scola, Senseo with Miles Jay - I’m forever honoured to be working with some of the best in the industry.

Footlocker - No Matter What

Q> Looking ahead, where do you think colouring and grading is heading in 2020?

Mikey> It’s an interesting time for grading; Instagram has definitely made colour more accessible and given it a spike in presence, thus giving colourists exposure that didn’t exist ten years ago. The resurgence in 35mm and 16mm film has also created new and exciting waves for both DPs and colourists. Film is a format that will always require a bit more attention and the result certainly shows. The exciting part of the job is that nothing stays the same - adaptation is everything as trends come and go. It’s a very exciting time to be a colourist.