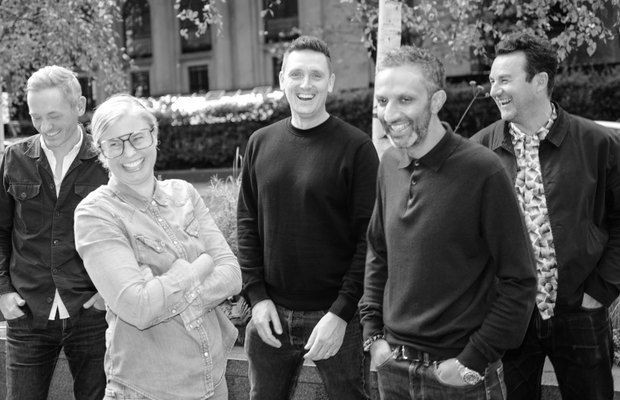 The multi award-winning John Lewis and Pottermore creative completes the new management line up at the dentsu creative shop. He joins CSO Sophie Lewis, who was hired from VMLY&R in February, CEO Gareth Collins who moved from Leo Burnett and Fallon last year and Barratt Mistry, who has been appointed head of project management. Former FCBInferno production director, Barratt will work alongside Simon to craft innovative campaigns. Together, the new team will build dentsuMB in the UK, fusing storytelling with data and technology, for a truly contemporary creative offering.

Simon has spent his entire career at the best agencies of the day. He cut his teeth in digital at Glue, winning awards for MINI and Virgin, before joining agency of the decade adam&eve, where he has spent the last ten years working on some of its best known and most award-winning brands.

In addition to leading last year’s John Lewis Christmas campaign, ‘Excitable Edgar’, Simon was behind cultural phenomenon Pottermore, a place where the world’s most famous author, JK Rowling, could connect with the world’s most passionate fanbase. Pottermore was a technological feat, a complete virtual and IRL experience, as carefully crafted and globally famous as the stories themselves. It gave fans access to previously unpublished content and the opportunity to create their own, unfurling a new legacy as only a Harry Potter story can. Using this unique online reading experience, users were sorted into their houses for the very first time, using a unique algorithm developed in partnership with the author.

James Morris, executive director, creative, dentsu UK and Ireland said: “We are scaling our creative offering at dentsu in the UK and investing in the best diverse creative talent in Simon and Barratt. With no silos across dentsu and our deep expertise across the customer journey, we are uniquely positioned to deliver a contemporary creative offering for our clients at a time when it has never been more mission critical.”

Gareth Collins, denstuMB UK CEO, added: “We have an ambition to create big ideas that marry powerful storytelling with tech-enabled experiences.  Simon is the perfect partner to help us deliver this.  He’s not only a world class creative, but also a natural collaborator and perfect cultural fit, generous with his thinking, time and ideas: essential traits for any future-facing creative leader.”

Simon Lloyd concluded: “They say: if you want to know what the future looks like, just look at a Japanese teenager. After a decade at the agency of the decade, joining dentsuMB feels like the culmination of everything I’ve done so far, with the opportunity to do so much more. I can progress as a creative and build an agency from strong foundations, making the UK the modern creative hub. I think we’re going to surprise people.”