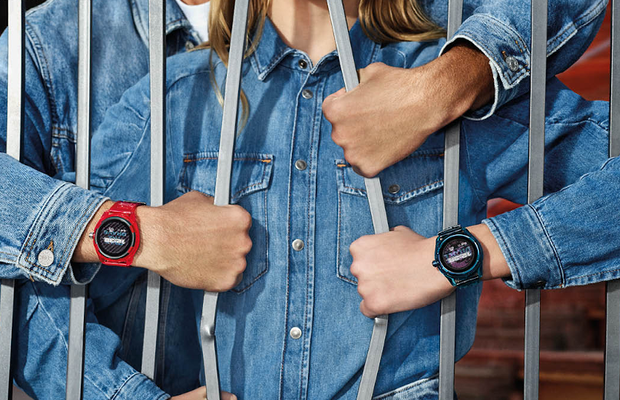 DIESEL writes a new chapter in its superhero-laden Spring/Summer 20 story, with a new smartwatch launch that enhances the connection between superhuman and technology: a piece of wearable tech that can perfectly match with any super power.

With the global launch of the new Diesel On Fadelite smartwatch, the product is placed in the hands of three super individuals who live their own versions of the iconic brand statement – For Successful Living. We follow them as they struggle with their daily annoyances: a traffic jam, a locked elevator, an inattentive waiter. How does a super-powered human deal with that?

The answer waits to be discovered, but we can promise there is one item that has something to do with it: the Fadelite smartwatch. Its new sleek and sporty design, streamlined and gender-neutral, is a bold chassis wrapped around technology that’s powered with WearOS by Google. It’s both fashion statement and superhero gadget, stepping just short of giving everybody superpowers.

The campaign, created by Publicis Italy, follows directly the agency’s FOR SUCCESSFUL LIVING SS20 film and print campaign, which features ‘super’ characters hiding among us. In a world with superpowers, successful living is about confidence and just the right amount of irony. When superheroes and supervillains take themselves too seriously, what’s left is (extra-)ordinary people saying ‘Ok, Google’ at Mach 3.

Heineken Humorously Reminds Us of the Dangers of Drink Mixups