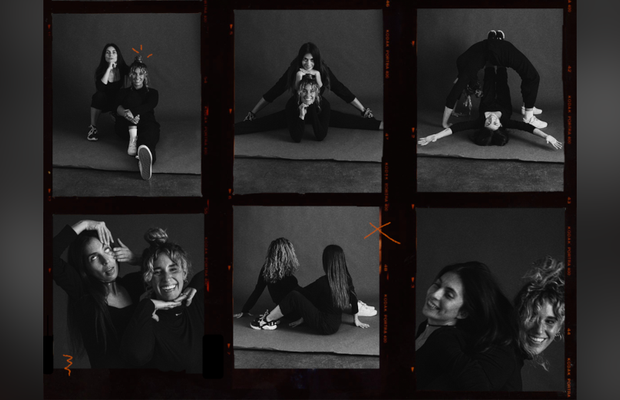 Artemis draws creative inspiration from their eponymous namesake, the goddess of wild things and the moon. The duo has crafted a distinct aesthetic that combines experimental and sensorial visuals with true-to-life, character-driven storytelling. The result is a body of work that reflects a deep understanding of humanity and nature. Artemis has crafted commercial, branded content, fashion, documentary, sports, and experimental genres for clients such as Nike Women, Adidas, REI, AT&T, Canon, Disney, Instagram, Facebook, Mailchimp, Escada, Stuart Weitzman, The Contemporary Museum of Barcelona, among others.

Born in Barcelona and raised between Mediterranean and Uruguayan cultures, Ari Bre Bre is a visual artist and director with a background in film editing and graphic design. Now residing in California, Ari pursues inspiration and growth through film, travel, culture, and sports. Combining the soul of docu-style filmmaking with curated and nuanced visual aesthetics, her films focus on female empowerment, the outdoors, and connection to nature.

“Los York is a wildly creative and collaborative space, which will enable us to continue to nurture and evolve as creatives. They’re just as passionate about creating unique and meaningful pieces as we are.” says Ari.

Hailing from Curitiba, Brazil, Tamara Santos is an LA-based visual artist with a background in cinematography and graphic design, who thrives on projects with heart and soul. Her passion for capturing real stories through cinematic visuals has led to collaborations with Mark Ronson, Ana de Armas, Gisele Bündchen, Steve Aoki, and others. Tamara is driven to elevate women’s rights, immigrant rights, and mental health awareness; challenging existing norms and presenting new narratives to spark social change. Aligning with her convictions, Tamara worked as part of the Second Unit crew of Nomadland, the Oscar-winning film helmed by Oscar-winning director Chloé Zhao.

“We’re thrilled to be signing with Los York and creating together.” says Tamara.

As visual artists, Ari and Tammy have been experimenting with different disciplines across the years,” says EP of Los York Films Leticia Gurjao. “They create, direct, shoot and edit, and are involved in every phase of production from idea to delivery. It’s been amazing to watch their progression and watch them come together as a team; the result of an ongoing collaboration over the years with each other as well as with Los York.”