+ jacksonkarinja was previously represented by SUPERPRIME in the US, and are represented by Animals in Canada, Sovage in France, and Soup Films in Germany 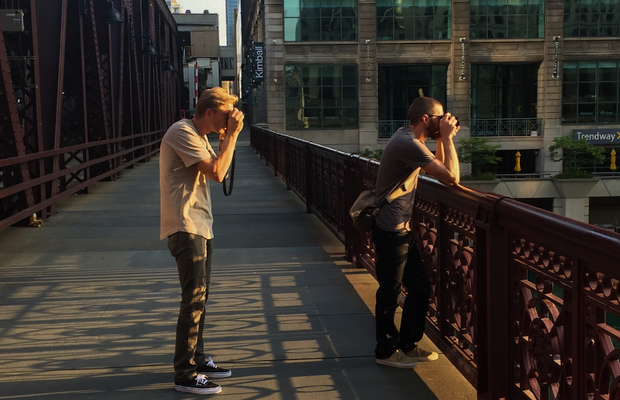 Little Minx has added award-winning directors and cinematographers Gareth Jackson and Mark Karinja, aka + jacksonkarinja, to their roster of talent. The duo has already helmed their first project under the Little Minx banner, a multi-day shoot they directed under Covid-19 safety protocols, which launches later this week.
After meeting on film crews in New York City at a young age, Jackson and Karinja teamed up as a directing/cinematography duo + jacksonkarinja. They quickly became known for their honest cinematic voice rooted in a nomadic, documentary ethos, which is a fancy way of saying they enjoy shooting from skateboards, motorcycles, or from the roof of a car they are strapped to with a camera. Jackson and Karinja always look to bring their unique perspective and aesthetic to all of their work, from their own films to work for brands such as Apple, Nike, BMW, and Converse.
Their newly released short film 'Chasing Silence' is a cinematic ode to flat track dirt bike racing. “It’s pretty hard to describe the mindset of racing on a track, so we tried to make a film that could,” says Jackson. To capture their visceral take on the grassroots race experience, the duo utilised a custom motorcycle camera rig in combination with handheld work shot on 16mm film. “The story is about the intensity of the track contrasted with the mental focus of the racer. We wanted to visualise what that headspace feels like,” says Karinja.
“These two won my heart immediately. Their work reflects them as human beings, warm, thoughtful, positive, and mischievous,” says Rhea Scott, founder of Little Minx.
“We couldn’t be happier to be joining the Little Minx family,” says the duo. “They’re a group of inspiring and lovely people that get us excited about filmmaking. Not only are they a group of talented artists and lovely people, we share their vision of what production should look and feel like. We’re very happy to join their team and to make excellent films together.”