Blackwood's advertising clients include the Discovery Channel, UNICEF, KFC, British Council, and Al Jazeera among others 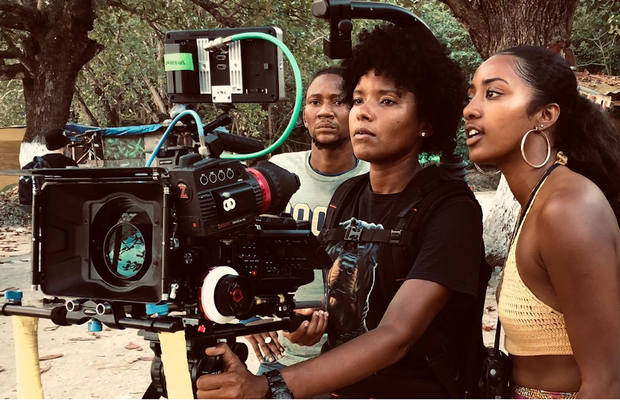 Creative production company Emerald Pictures welcomes award-winning director and director of photography, Gabrielle Blackwood, to their family of storytellers. Jamaica-born and raised, Blackwood has never been one to back down from a challenge and brings an out of the box approach to her filmmaking.
She earned a BA in Media & Communication from the University of the West Indies and a Master’s in Screen Production from the University of Auckland in New Zealand. She has written, directed, and shot multiple short films, documentaries, music videos, and commercials in both Jamaica and New Zealand and now brings her talents to the US market for the first time. Her advertising clients include the Discovery Channel, UNICEF, KFC, British Council, and Al Jazeera, among others.
Blackwood’s first feature documentary 'Denis' is a story of courage and resilience, following a man diagnosed with Amyotrophic Lateral Sclerosis (ALS) at the age of 43. Rendered paralysed and unable to speak, his wife is his sole caretaker as he fights the aggressive, debilitating, and degenerative disease for the final five years of his life. She has garnered awards and accolades for 'Denis' and several of her short films at festivals around the world, including Best Short and the Audience Award at Diversity in Cannes, Best Short at Festival International du Film Pan Africain de Cannes and the LA Film & Script Film Festival, to name a few.
Blackwood is a recipient of the Geoff Evans Award for Excellence in Screen Production in New Zealand and her feature screenplay Kendal has been shortlisted for a Sundance Lab, the Screencraft Drama Feature Writing Competition, and is the winner of the Caribbean Tales 2019 Big Pitch Competition.
Blackwood is a former president of the Jamaica Film & Television Association (JAFTA) and a co-convenor of Women In Film Jamaica.
“Gabrielle is extremely imaginative and brings an ethereal quality to her films, exploring life from many different perspectives and voices,” says Mara Milicevic, founding partner and managing director at Emerald Pictures. “We are very excited to bring her unique talent to brands and clients in the US. She is an amazing addition to our small yet mighty team.”
“Mara and John have been so welcoming and I admire not only the work they do at Emerald, but also their approach to its execution and the environment they’ve created for the Emerald team,” says Blackwood. “We have a shared passion for filmmaking and telling stories, so I’m really looking forward to creating and directing with them.”